The 2020 Manifesto of Eritrean Scholars and Professionals in the Diaspora

The 2020 Manifesto of Eritrean Scholars and Professionals in the Diaspora With a government that commits horrific human rights abuses against its own people, plays reckless political games in regional affairs, amidst the ongoing spread of 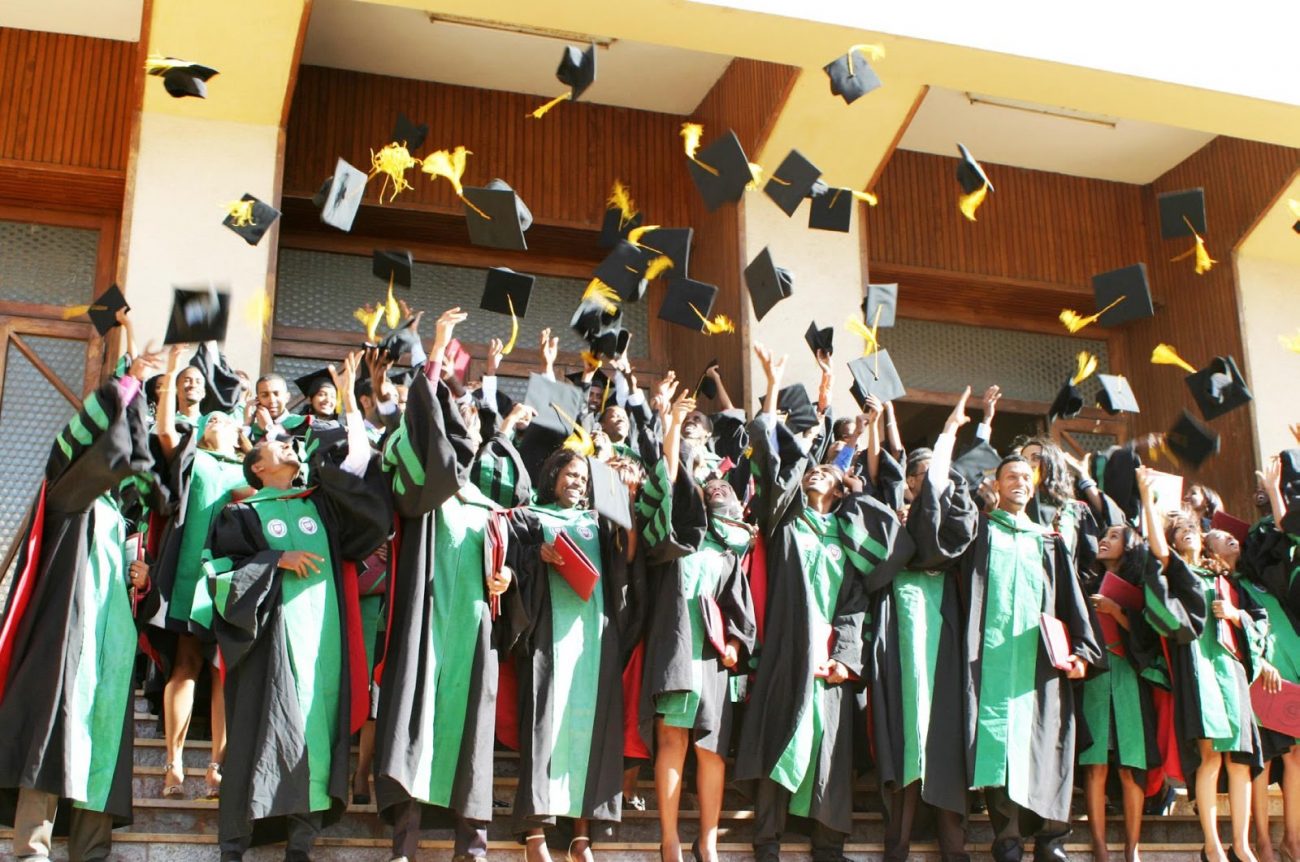 The 2020 Manifesto of Eritrean Scholars and Professionals in the Diaspora

With a government that commits horrific human rights abuses against its own people, plays reckless political games in regional affairs, amidst the ongoing spread of COVID-19 pandemic and a country with one of the weakest health systems, Eritrea is currently exposed to unprecedented humanitarian and political crisis. We, the undersigned 95 Eritrean Scholars and Professionals, are writing to share our serious concerns about these issues.

In relation to COVID-19, a diaspora-based organization called Eritrean Healthcare Professionals Network (EHPN) has issued a statement that expressed grave concern over the status of the Eritrean health system and how the country is inadequately prepared for the pandemic. COVID-19 has posed a great challenge even for the most advanced and wealthiest countries let alone for Eritrea where there is no enough running water and with electricity service that’s frequently interrupted. To make matters even worse, the health system has been greatly impacted by a government order that closed Catholic hospitals and clinics in the country forcing significant number of health professionals to migrate to other countries. During this critical time, we Eritreans, wherever we may be, should recognize the important role we can play by making the safety and well-being of all Eritreans a priority and pressuring the government of Eritrea to open all closed hospitals and clinics, to allow NGOs to operate in the country and to stop using this pandemic as an opportunity for political and financial gains. We, Eritreans also have a responsibility to reach out a helping hand to the thousands of Eritrean refugees in Ethiopia, Sudan, Libya and elsewhere. Furthermore, we call upon the UN and World Health Organization (WHO) to urge Eritrea to comply with the WHO recommended guidelines for minimizing the risk of COVID-19, to open all closed hospitals and clinics and to release all political prisoners and prisoners with minor offenses.

It is also incumbent upon us Eritreans to remember that Eritrea is among countries with the highest prison population rates in the world and with prison conditions beneath human decency. Reliable sources put the number of prisoners in Eritrea in the tens of thousands. Many of them are prisoners of conscience who dared to express their views and many others who tried to flee the country or escape from the indefinite conscription into the so-called National Service. The Eritrean authorities show no mercy and are cruel to disabled veterans, underage boys and girls, expecting mothers and brides, respected elders and religious leaders, including the Head of the Eritrean Orthodox Church, His Holiness Abune Antonios who has been under house arrest since 2007 and Hajj Musa Mohammed Nur, the Board President of Al Dia Islamic School in Asmara, who died in prison on March 1, 2018. The overcrowded prisons in Eritrea include people who took part in the armed struggle, top military officers, ministers, journalists and religious leaders. It is also important to note that there are hundreds of thousands of Eritrean conscripts, many of them underage and who are currently held in prison-like military camps. Thus, at a time when the outbreak of the COVID-19 pandemic is threatening the world community, it is high time that we Eritreans race against time, come together and do everything in our power to save the people who are neglected by the illegitimate government. We can do this by sharing accurate, reliable and timely information and providing direct support to those in need.

In relation to internal and regional affairs, a few weeks ago, President Isaias Afwerki yet again made unwelcome remarks regarding the unfolding political situation in Ethiopia, which infuriated ordinary Ethiopians and puzzled the few who think of him as a peacemaker and a person of goodwill. Following the seemingly impromptu but controlled interview of President Isaias with two journalists who work for the only government-controlled media in the country, several Ethiopian media outlets reminded the president of Eritrea to stay away from Ethiopian politics.  In addition, some Oromo intellectuals recently addressed the issue in a coherent letter to the president. In their open letter, they called for President Isaias to refrain from his blatant acts of intervention in Ethiopian internal affairs. We agree with this statement and believe his disastrous and unwelcomed interventionist policies and meddling in the internal affairs of Ethiopia should be universally condemned. We are equally dismayed by the Eritrean regime’s attempts to interfere in Sudanese internal affairs through triggering and perpetuating ethnic conflicts particularly in the Eastern Sudan region. We resolutely oppose and strongly condemn these appalling acts of interference.

These are not the only times President Isaias has intervened in the affairs of other countries.  His rogue regime has bullied and undermined neighboring countries in the Horn of Africa and beyond – and has done everything possible to destabilize the region. It is an open secret that the president thrives on fomenting division and sowing discord. Therefore, we reiterate our strong condemnation of his external interventions and internal violations of basic human rights to life, liberty and dignity. We also call upon Prime Minister Abiy Ahmed to avoid falling prey to the schemes of President Isaias and becoming an inadvertent enabler and codependent of the dictatorship in Eritrea. We would like to emphasize that any secret deal between President Isaias and Prime Minister Abiy that ignores applicable laws and the interests of both peoples will inevitably increase the risk of future violence in the region.

Although the present state of peace between Eritrea and Ethiopia is by all means most welcome and long awaited,  it is imperative that we carefully assess the much-touted peace deal between President Isaias and Prime Minister Abiy in order to enable us to build an enduring relationship between the two countries based on the principles of peaceful co-existence, cooperation and non-intervention. We would like to reiterate that the Eritrean people stand shoulder to shoulder with their Ethiopian, Sudanese and Djiboutian brethren to promote a peaceful, cooperative and forward-looking Northeast Africa that recognizes, accepts and celebrates differences in the political, social, economic and cultural foundations of our societies and territorial integrity of our countries. We call upon the progressive elements of the region to view Eritreans as victims of President Isaias’ megalomaniac dream and to avoid creating opportunities for the dictator to destabilize our countries.

It is unfortunate that the Eritrean people who have endured dictatorial rule for three decades must once again wonder if Eritrea will be entangled in regional issues as a result of the president’s reckless policies. The Eritrean people aspire to have peace and stability in their region so that they can focus on making Eritrea a democracy, on rebuilding their shattered economy and on restoring the weakened social fabric. They have seen enough mayhem and dislocation to now face more unnecessary problems. The effect of the 30-year war still lingers – not only in the memories of the generation who lived through it, but also in the minds of the younger generation born after the disastrous border war of 1998-2000. Since Eritreans don’t want to take part in any deal that will expose them to future hostilities, we call upon the governments of the region, and in particular that of Ethiopia, not to entertain the excessive ambitions of a ruthless dictator craving more power.

Mr. Isaias Afwerki has lost the moral authority and legitimacy to rule Eritrea, and his removal from power is long overdue. It is encouraging to see Eritreans both inside and outside the country increasingly becoming aware of their future and uniting to bring change and to keep the hard-won sovereignty of their nation. As the Diaspora Eritreans continue to mobilize and organize worldwide, it is also inevitable that the legitimate and democratic fight of the Eritrean people will reach the critical phase to dislodge the oppressive regime and its leader,  who has created so much havoc and brought devastation to the lives of the Eritrean people. We firmly believe change is possible by challenging the divide and rule policies of the regime and building cohesive strategies to empower one another and to take ownership of our own destiny. Enough is Enough! And it is time to start with a new slate and install a legitimate and democratically elected Eritrean government that ensures a peaceful, just and prosperous future for all Eritreans.