Because, we are at war…. by SeberAngle 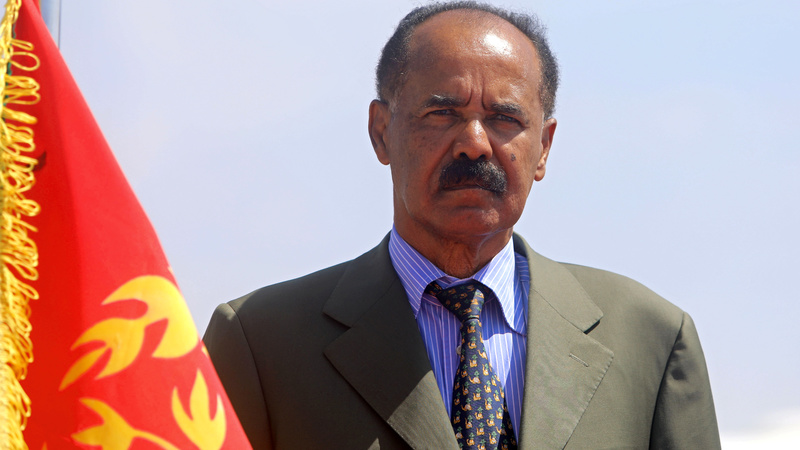 The way of ruling the hypothetical country by the name of Eritrea. It got that state, twenty nine years today. It is a country that demised before it was born. You are welcome to name it as you wish.

The since ruler, tyrant Isaias Afwerki, the almighty president, enthroned by the negatively established old oppositions of him, from Eritrea, initially unhappy that he would install a Christian state. His surmise led him to conclude that Eritrea is a non-entity that would go no where. True to itself, it went no where. I say, it will go nowhere, leading me to glean, it should return back to Ethiopia. Some thing where I agree with Isaias Afwerki, never the less both of us coming from completely different doors.

That standing, Isaias seeing the country is non viable, he came up with a simple moto that went like this, “Don’t ask for freedom. Don’t ask for development. Because, we are at war….”. Of course, all wars were instituted by Eritrea.

Eritrea became independent to engage in war with Yemen on Islands that were rewarded to Yemen. The small Djibouti was the other victim, complaining about boarder. Follows Sudan, another skirmish with another but better dictator. The real scrimmage was Ethiopia with lengthy story to tell. It is viable to remember Eritrea was a province of Ethiopia, the rules that took over Ethiopia alongside the independence of Eritrea were the Tigray state entity. In my view, the Tigray rebels while working in tandem with the group in Eritrea EPLF under Isaias Afwerki, they whole heartedly knew they could not rule Ethiopia alongside Isaias Afwerki, who would only ask to be at the helm as the head. So it looked sustainable to allow Eritrea to become independent.

The indignant Isaias Afwerki, in his list of dispenses was Badme. Strangly, the issue of Badme was raised by the blundering, with the no good oppositions, that it should be part of Eritrea during the gorilla wars when Isaias Afwerki shut them up. It is that card that Isaias Afwerki raised to kick off a war. Eritrea then, was bitten black and blue only to be saved by the late Meles Zenawi, himself half Eritrean, the then Prime Minister of Ethiopia who called back the army from taking over Asmara.

The grudge sawed the big heart of Isaias Afwerki that became unhealable wound to his ego. It is only a small price to pay if the people of Eritrea suffer to heal his wounds.

I thought the pandemic here today, Corona Virus would be a part of the play moto to Isaias Afwerki, that being “Don’t ask for freedom. Don’t ask for development. Because, we are at war….”. Obviously Corona Virus failed on the technique play of Isaias, it will not be the play, it is not good enough, that is when I started watching EriTV, that I felt there is another go with the Tigray entity in Ethiopia.

As I claimed since the beginning of June 2020, I noticed the programmed aired in the child toy of Isaias Afwerki EriTV, I felt the messages sent by the programmes of war and sacrifices was in the intention to start a war with the Tigrai state of Ethiopia in conspiracy with, as I call him, the King wannabe Prime Minister of Ethiopia, Abiy Ahmed.

Once again the sophistication of Isaias Afwerki bit my in my new game, he chose to start a war with Yemen instead.

He needs an absolving circumstance, that going back to our title, “Don’t ask for freedom. Don’t ask for development. Because, we are at war….”.