Covid-19 is used by the regime in Eritrea to starve its people By Petros Tesfagiorgis:  Founding Member of Eritrea Focus Photo: Hiwot magazine: Eritrean Elders Welfare Association (EEWA) UK.   In order to stop the spread of Covid-19, 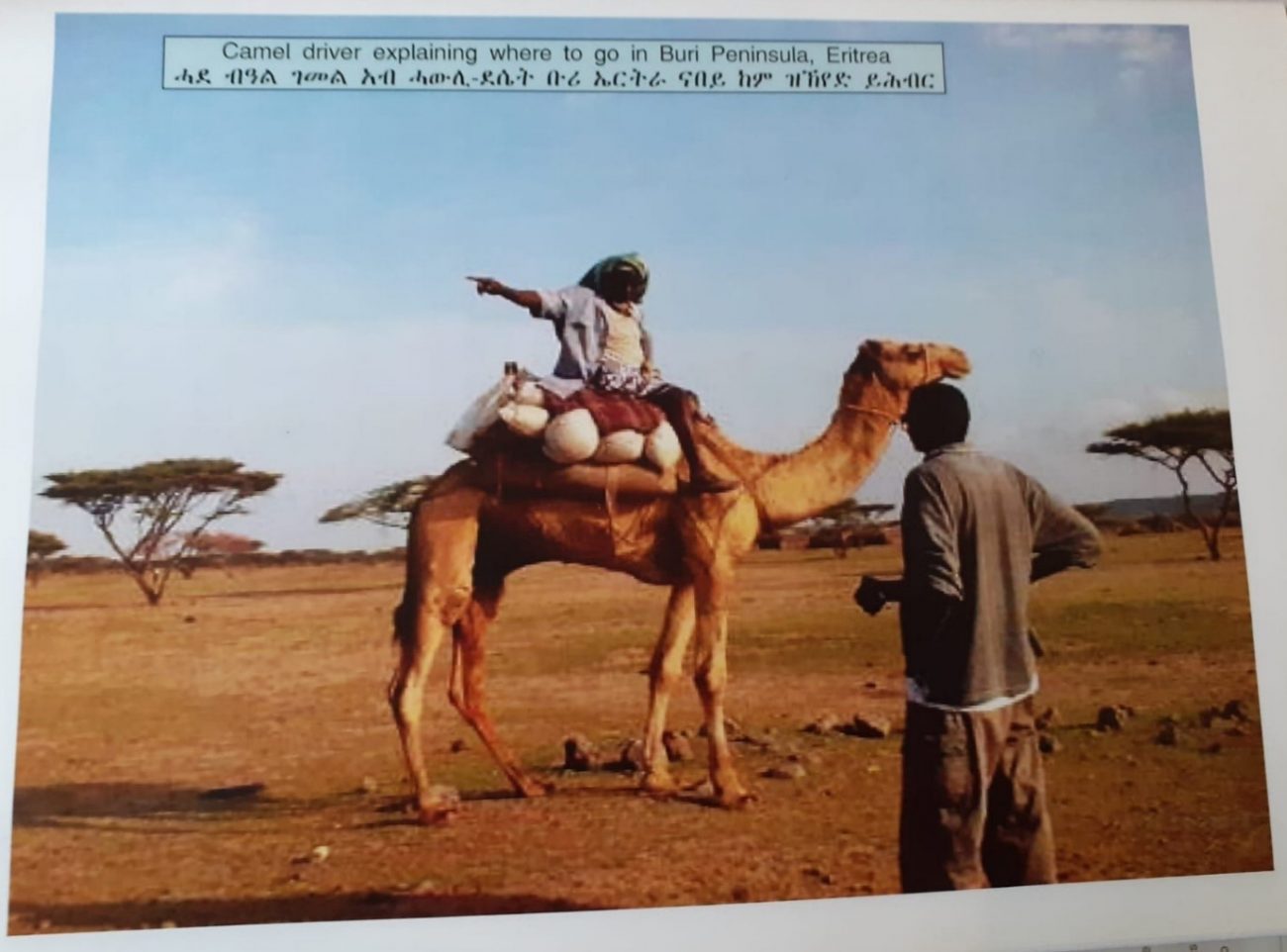 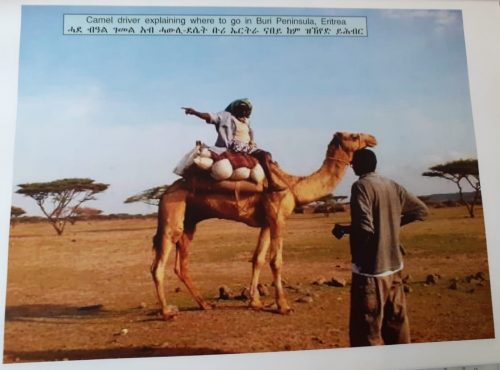 In order to stop the spread of Covid-19, the Eritrean Government forced the population to a lock-down without any help to sustain their day to day living.  As a consequence, the population who are already poor are now left starving. The UN and the international community have the responsibility to acknowledge the dire situation and to challenge the Eritrean regime to live up to its responsibility. The Government must assist these destitute and helpless people during the COVID-19 outbreak. The regime must appeal and accept international assistance to meet the needs of the Eritrea people at this difficult and worrying times.

The Afar region is located in one of the hottest parts of the world – the Danakil Depression. But it is mineral (Potash) rich. Danakali Ltd, a Subiaco, Australia headquartered Company has been exploring potash in the region for some time and has recently announced it is due to start production in 2023. The Company is listed in London and Australia Stock Exchanges and backed by a number of large UK financial institutions and others.

The regime in Asmara has confiscated land belonging to the Afar people and has relentlessly persecuted the Afar people for many years – with hundreds of them forced to leave their ancestral land, arrested and most recently even denied food [A classic example of the Eritrea government using food as a weapon – utterly pathetic and despicable].

For two months, 300,000 people have been living under siege in Danakil by the Eritrean regime that is using the Covid quarantine to settle old accounts. The region is isolated, shops closed, patients out of healthcare facilities, food supplies cut, fishing and sheep farming are banned – abnormal measures to prevent the spread of the virus.

A 30-year-old Halima Mohammed died here in the Badda crater area on Sunday. The pregnant woman passed away bleeding on Sunday 31 May for a miscarriage with the foetus, alone and without medical assistance. Many other women and children may have died of starvation and disease in the silence of this area without connections and where only 20% have water and electricity. Certainly, many heads of families have ended up in the infamous Eritrean galleys for trying to feed their families.

“My people – says Ibrahim Ahmed, spokesman for Rsahro – about 300 thousand people, [have] traditionally lived on fishing, sheep farming and exploiting the salt mines transported by camels. For years, the [Eritrean] government has been hindering the economy and misusing food and medicine, but since April 2 it has sealed the borders with Ethiopia and Djibouti without providing any means for the survival of the Afar people. A siege and then a food supply war.

They then arrested dozens of desperate fishermen in mid to late May who took to the sea to feed their families – the government seized their fishing boats. The whereabout of the arrested is unknown. There were also numerous seizures of food transported from Djibouti and Ethiopia by camel caravans arresting all camel owners. The Afar people demand the siege is lifted and ask neighbouring countries and humanitarian organizations to intervene urgently to save Danakil from starvation. The people ask what the reason for such hostility is? But they receive no answer from the Eritrean government.

The pain and suffering of Eritreans in prison:

The Europe’s External Policy advisers EEPA covered this news in their website “: Due to overcrowding, poor healthcare, lack of sanitation and hygiene options, the thousands of Eritreans in official and unofficial prisons are left defenceless against COVID-19, reports Amnesty International. Prisons are overcrowded and lack basic infrastructure to accommodate people, there are no or hardly any toilets, showers or options to wash clothes and detainees need to sleep on bare floors because beds or mattresses (as well as shoes or slippers) are prohibited. Detainees and their families largely pay for their own medication, meals and hygiene products, but the COVID-19 lockdown has cut off this supply.

More frightening news is coming out from Eritrea that confirms the concern of Amnesty international. It is a report by J-studio website who are in touch with secretly organised group inside Eritrea. They report that relatives who deliver food to the prisoners in Adi Abeito and Mai Surwa have now been forbidden to do so. As such the prisoners are condemned to death through starvation.

What is to be done to rescue the people of Eritrea from starvation?

The rich countries are allocating billions of dollars’ worth of aid to poor countries to help them combat corona-virus. With such good will and cooperation, the people of Eritrea should not face starvation. However, the government of Eritrea is deliberately refusing to accept aid in order to starve its own people. Starvation in the country is therefore man-made and entirely preventable if the regime can see sense. It is one of Isaias’s policy of waging war against innocent people. Again, and again the regime has shown its despicable behaviours Eritrean lives do not matter. This is an abdication of responsibility by the president. This time something must be done and must be forced to stop by all means.

The UN has the overarching responsibility to stop Isaias from starving innocent people to death.   But the UN has kept silent and has not shown any interest of the plight of the suffering Eritrean people. The UN has even ignored its own inquiry commission damming report on Eritrea.  Presenting their finding in June 2015 Mike Smith said “The many violations in Eritrea are of a scope and scale seldom seen anywhere else in today’s world. Basic freedoms are curtailed, from movement to expression; from religion to association. The commission finds that crimes against humanity may have occurred with regard to torture, extrajudicial executions, forced labour and in the context of National service.”1

In spite of all this the UN allowed Eritrea to be a member of the United Nations Human Right commission. An abhorrent act that condones oppression of the Eritrean people by their own unelected government.

Regardless of the UN past action or inaction, Eritrean justice seekers in Diaspora demand the UN to challenge the regime to stop starving the people and to end the gross human rights violations in Eritrea which has given rise to the influx of refugees across the region, Europe and other parts of the world.

For the people of Eritrea peace is priceless. When peace was signed between Eritrea and Ethiopia, they thought their dream was realised. Unfortunately, that was not to be and the peace agreement has proved it is not worth the paper it is written on.  Instead the so-called peace agreement has given Isaias an opportunity to interfere in Ethiopia’s internal affairs conspiring with PM Abiy Ahmed to attack the TPLF. Isaias is not a man of peace but dwells in conflicts and division.  This is dangerous for Eritrea and the region at large. Isaias squandered the opportunity to make genuine peace with Ethiopia and with his own people.  I hope the UN admits its mistake and must not be played in the hands of Isaias again.  The UN has let the people of Eritrea down and they must not repeat it.  Now the UN has a responsibility not to be silent as the regime embarks in an even more dangerous journey to wipe out the Eritrean people.

The Eritreans in diaspora can plead with United Nations to summon their moral authority and their global responsibility to take this urgently and persuade the Eritrean regime to cooperate in delivering lifesaving aid to the people. It must stop the regime from deliberately starving the population. At the moment it looks that the UN and EU felt they have done a great help to the people by extending the term of the Special rapporteur.  But they fail to acknowledge the conspiracy of Isaias to   wipe out the population by starving them.  This is madness that must concern not only Eritreans but the International Community at large. This is not Tsunami it is Isaias made and can be prevented by preventing Isaias not to go ahead with it.

The special Rapporteur Daniela Kravetz, submitted her report. It reads “The Eritrean Government has not improved its gross human rights violations on the people of Eritrea. She substantiated her finding by saying “The UNHCR said in the first quarter of 2020 9,000 Eritrean 30% of them children went to Tigray to seek asylum.   The special rapporteur was not allowed to visit Eritrea.  The UN did bother to react. By extending the mandate of the SR the UN has given Isaias a grace period of one year to continue his evil design.  Taking into consideration what is taking place in Afar Zone, in the prisons and in the areas where people are locked down without any help is genocide by other means.

However, to be fair I do not put the blame on the UN, EU and the British Government only. But on all justice seekers. We are not action oriented. There is a lobbying system in the West we don’t make use of it.  This can be done with the help of payed   professional lobbyist. The Government of Eritrea pays a lot of money to Cohen in the States to convince the US government to sympathise with the regime in Eritrea. It is the strong lobby of Ethiopians in Diaspora which the senate passed a resolution condemning EPRDF government for violating the human rights in Ethiopia, imprisoning journalists.

A month ago, I wrote an article titled Call for Diaspora to action in the face of a looming crisis in Eritrea. I got lots of interest from individuals – few of them retired professionals who said – as elders we can contribute in the area of lobbying Governments: It is promising and we will continue to discuss about it.

IMPORTANT ANNOUNCEMENT: The Red Sea Afar Human Rights Organisation (RSAHR) announces that it will hold protest in front of the Eritrea Embassy in London on Saturday, June 20, 2020

ERITREA FOCUS expresses its solidarity with our Afar brothers and sisters: