Reliable sources from Eritrea indicate a cholera epidemic which has started in the Dembelas and Quahayn areas is rapidly spreading to Gash-Barka region.

The sources that are closely monitoring the extremely alarming situation are in touch with citizens who live in the affected areas and express their dismay at the regime’s silence and cover up. We present you the 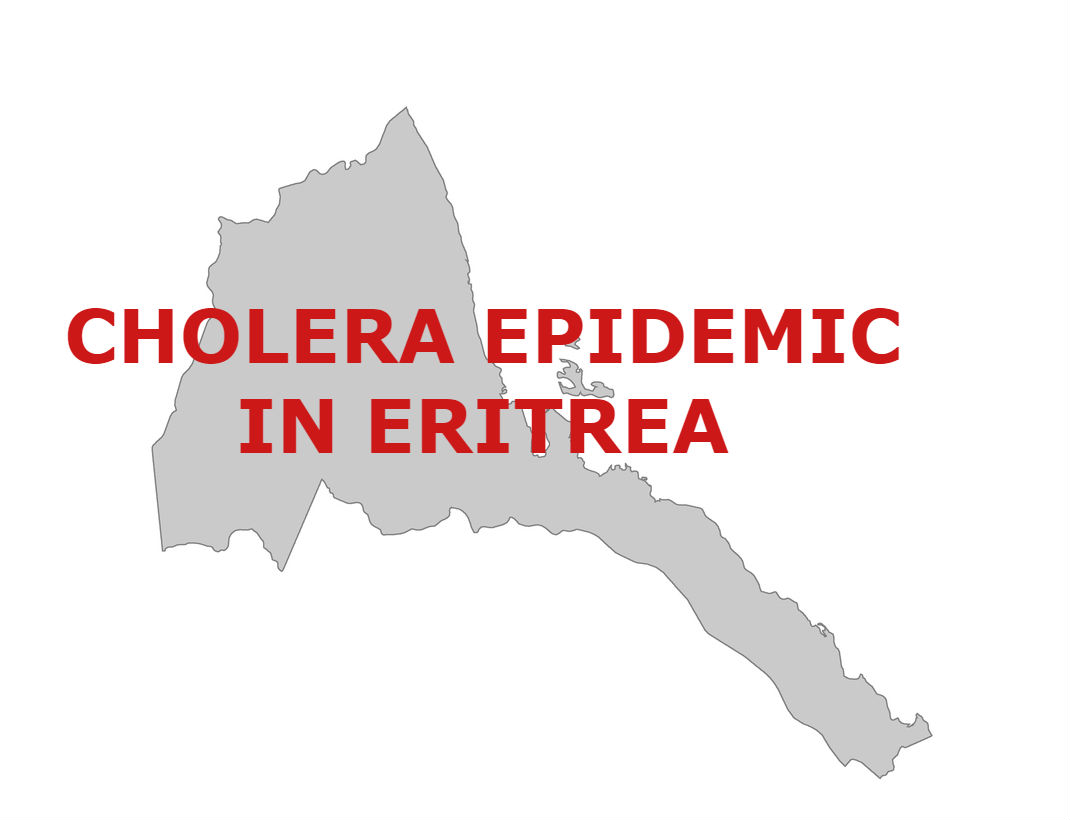 The sources that are closely monitoring the extremely alarming situation are in touch with citizens who live in the affected areas and express their dismay at the regime’s silence and cover up.

We present you the raw information as we have received it so that the internarial community, including relevant UN agencies are kept informed about the alarming situation. The international community should get involved proactively in the effort to control the epidemic as the secretive PFDJ government is weak to deal with the serious health crises on its own.

In the last few days more and more news are coming from the affected  areas about a cholera epidemic rapidly spreading in the Gash-Barka region.

and is sweeping through the Gash Barka region;

2 – The government health structures are totally unprepared to face the crisis;

3 – The only response to the disease so far, on the part  of the government, has been to

isolate those infected  and treat them with some sort of flebo-infusion, and nothing else;

4 – Other than that, movements from village to village, marriages, tezkars, and

any other forms of gatherings are strictly forbidden;

5 – All movements into and from the area have been barred, Aqurdet being the outpost

of the limited zone, coming from Keren;

6 – The weekly market days have been halted;

4 – Even worse, the government has sternly warned the population not to spread word

However, it is obvious that crises of this nature cannot be faced without the involvement of the

The alarming prospect is that a population already debilitated by hunger, poverty and all the

related problems, may soon come to the brink of yet another daunting tragedy.

Our pressing request to you, diaspora Eritreans is just to at least begin to call the