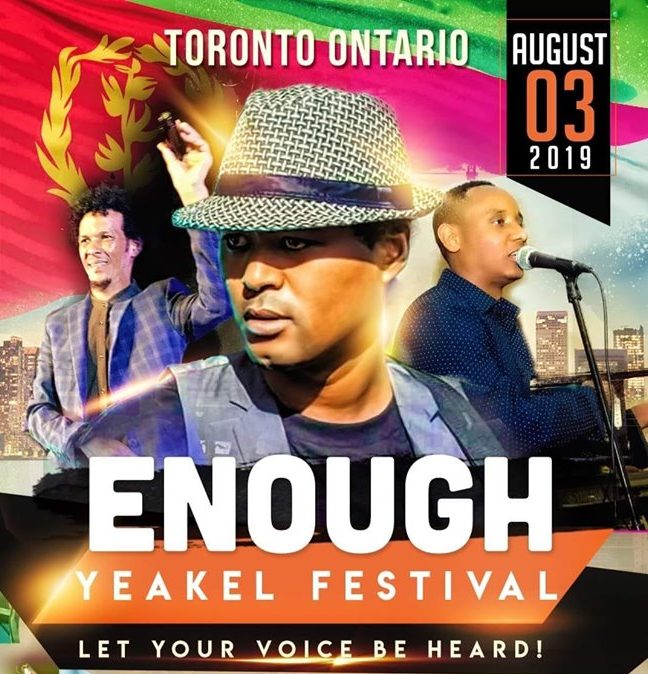 Encouraging Eritrean/Canadian to join and sustain the #ENOUGH movement.

Yiakel Canada Wide Festival will be held in Toronto, on Saturday, August 3, 2019. The main objective is to bring Eritrean-Canadians together in unity through a Canada-Wide Yiakel/Kifaya movement in common vision of ending tyranny in Eritrea and establishing rule of law and democracy.

Components of the festival

Who can participate in this event?

What is special about this year event?

Who is organizing the event?

Is there a fee to participate in the festival?

What will happened during the cultural night/ live Musical?

The organizing committee welcomes you all. Since this is for the people by the people, the committee is eager to listen to your comments, concerns and questions. It can be at: erifestivaltoronto@gmail.com