by Petros   Tesfagiorgis Health care and schools for their children is a daily concern of all families everywhere.   These sectors are essential for social and economic advancement. To close 29 health centres and schools is profoundly 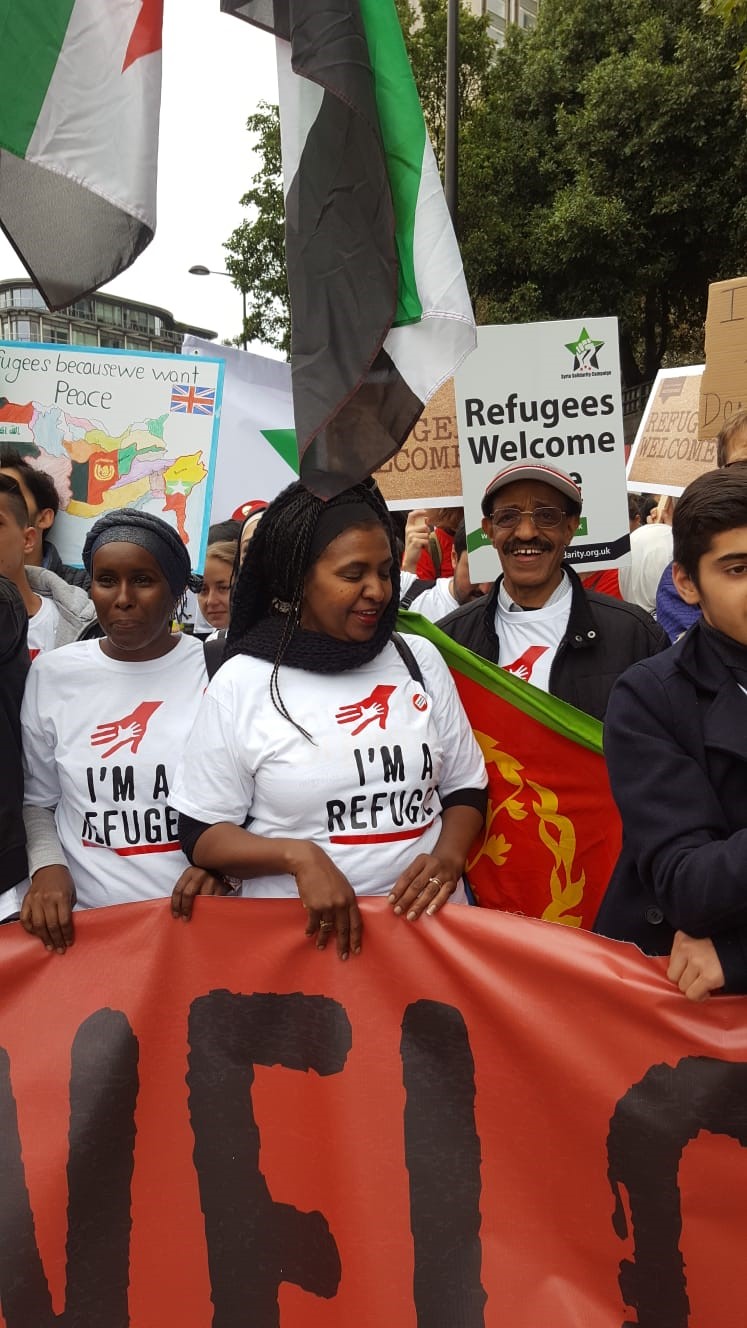 Health care and schools for their children is a daily concern of all families everywhere.   These sectors are essential for social and economic advancement. To close 29 health centres and schools is profoundly inhuman and shows the moral bankruptcy of the Eritrean regime. The justice seekers in Diaspora should have reacted by launching powerful campaign against the closures. But that did not happen.

Silence of the justice seekers may be one of the reasons why the UN is keeping a blind eye to the closures that endangers the life of thousands of people.  It looks there is no one to defend the people of Eritrea. It is beyond belief that the UN has ignored the report of the UN commission of Inquiry they set up. The report says   “there are reasonable grounds to believe that crimes against humanity have been committed in Eritrea from 1991. It seems there is something genuinely at stake to reconcile the duty of UNHCR to protect refugees with the reality on the ground where repression in Eritrea is continuing unabated.

Had the justice seekers unleashed well organised campaign against the closure the issue of wrongly or prematurely rewarding Isaias would have been a subject for discussion. Since the peace agreement the Embargo on Eritrea was lifted.  Eritrea became a member of the Human Rights Council

It became apparent that Isaias’s peace strategy is to consolidate his power so that he can make any secret deal with PM Abiy Ahmed and Saudi/ Emirates unopposed by the people.  Without the initiative of Eritreans   support from foreigners may not affect the regime. That could be the reason that the petition of Catholic professions from Africa did not make an impact.

Pax Romina wrote:  A group of Catholic Professionals from Africa, strongly disapproves of the Eritrean regime closing all health facilities managed by the Catholic Church, because people are suffering from lack of healthcare as a consequence. According to Pax Romina, the seizure further demonstrates that the regime undermines “social justice, respect for fundamental rights and freedoms, democratic governance and the upholding of the rule of law in Eritrea”. The organization started a petition requesting the Eritrean Government to re-open the health facilities.

However what has come out loud and clear of the peace agreement is that the people of Eritrea realized that Isaias does not care about them. The international community are riding the wrong horse as to go to the extent of propping up the most repressive regime in this century.  A peace that does not give any peace dividend to the people of Eritrea is not sustainable. At the same time peace with Ethiopia that excludes Tigray can lead to further conflict. It is pure adventurism.

All these betrayal of the people of Eritrea by Isaias Afeworki and the UN member counties have united Eritreans in Diaspora. They rose up in unison and established a powerful mass movement YIAKL calling the end of Dictator Isaias Afeworki.  However in the case of the closures they did not take action.

What could be the reason? The main reason could be Yiakl needs time to consolidated the movement and institutionalize it. Most importantly most of the Yiakl members are young and they are not exposed to advocacy campaign before.  They do not see the benefits of demonstrations and vigils.  They may not aware that in the Western democratic countries, the more you raise your voice and engage in meaningful advocacy the more people listen.

But many Eritreans don’t buy that.  They believe it is a waste of time and nothing will come out of demonstrations and advocacy. That is wrong. Let me give examples.

In 2016 the British and the French Governments agreed to demolish an area in the coast town of Calais/France where refugees camp until they smuggle themselves, hidden in Lorries, to the United Kingdom.

Demolishing the jungle in Calais means no asylum seeker can come to the UK from France. This   was unacceptable by many people in UK. To give sanctuary to refugees is one of the greatest value and humane tradition of the people of the United Kingdom. That is why many Humanitarian and human right organisations – NGOs, schools, churches, Mosques and service provides to refugees organised a big march calling their government to allow refugees to enter UK. Their slogan was “Welcome Refugees”. More than 30,000 marched from Hide Park Corner to the Parliament.  Some of us justice seekers have participated.  In fact as activist members of the refugee communities from Eritrea we were given T-Shirts and led to line up in the front row in the March, (See photo). The demonstration was so powerful the issue was raised in parliament. The Government was reluctant to change their decision to demolish the camp but agreed to bring the underage children to UK legally.

After some days many underage refugees were brought on buses to the UK. The Guardian has written about it and showed a photo of girls from Eritrea waving their hands to the crowd from their buses on arrival to the home office. It was one of the joyful moment for me.  The demonstration worked. (See photos). In the march there were few of us, about 15. That also adds my understanding that Eritreans are not enthusiast about marches.

In fact Eritreans are so conspicuous in missing demonstrations, Martin Plaut   at the time of launching his book on Eritrea said, “You Eritreans are not exploiting the system” as voters you can brief your MP of the gross human rights violations taking place in Eritrea and ask him/her to engage with the Government to put pressure on the regime to end repression.  It is because Eritrea Focus has understood how the system works that it managed to have APPG (All party parliamentary group on Eritrea (APPG).

Today we have   Satellite TVs and other social media that broadcast all the activities of justice seekers   to Eritrea. They will inspire the people in Eritrea to struggle for democracy.

The regime is so scared of the media that   supporters started attacking   journalists and other justice seekers.  On 26/11/19 Yacob attacked the journalist and director of Assenna SAT.  He was brought to court on 12/12/19.   What is amazing is that although he sheepishly pleaded guilty, when the few of us who were allowed to attend came out of the court room the women supporters ululated. One foreigners said how people support criminals.  Yes it is a drama. Little do the women know that they are anti-people and are happy that free press is abolished?  He will be sentenced on 18 February 2020.

Eritreans and Ethiopians are being rounded up and jailed in Khartoum: One witness said he was picked up from his work and was put in jail.  They finally brought him to court and sentenced him to pay 50,000 pound.  He has worked in Khartoum for some time and has many friends and were able to raise money for his release. He said people cannot afford to pay that amount of money.  The Ethiopians are getting help from their embassy.  There is a good sign in London – the Yiakl movement, the network of Eritrea women etc. are seriously exchanging ideas to seek the best way to involve. There was a suggestion that those close to the Sudanese Association contact them for consultation.

It is not a secret that Eritreans has supported the demonstrations to get rid of dictator Bashir. We did not expect such cruelty from the new democratic Government. This is clearly a setback for liberal values.