More than 200 feared dead in sinking of migrant boat – Reuters 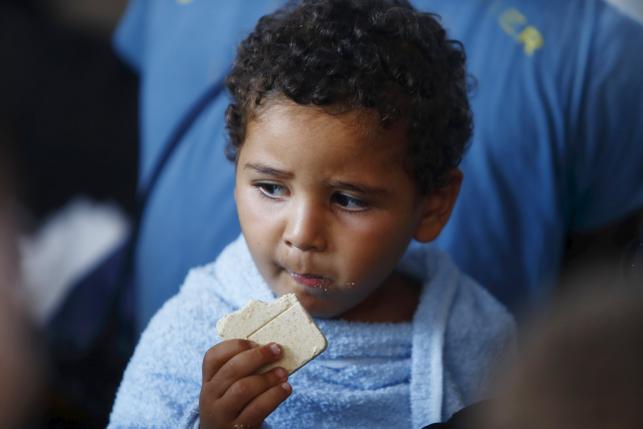 Hopes faded of finding more survivors on Thursday from a shipwreck in which 200 migrants are feared drowned, as rescue ships were called to the aid of more migrant boats in the same area of the Mediterranean.

“We are witnessing a genocide caused by European selfishness,” said Palermo mayor Leoluca Orlando as the Irish navy ship LE Niamh docked in the port carrying some 370 survivors of Wednesday’s disaster and 25 corpses, including three children.

Orlando, speaking on Italian television as hearses arrived to take the bodies away, called on European leaders to do more to prevent such disasters and to allow more refugees to re-settle in their countries.

After the survivors disembarked, some were escorted back on board to see if they could identify the dead children.

Police said they had detained five men suspected of having piloted the boat that overturned on Wednesday and of having had a role in trafficking the migrants.

Vessels from the Italian and Irish navies and humanitarian agency Medecins Sans Frontieres (MSF) saved about 400 people from the fishing boat, thought to have been carrying up to 600 people, mostly Syrians fleeing their country’s civil war.

They found no more survivors after scouring the waters overnight. Italian vessels continued to search the area on Thursday, a coastguard spokesman said.