Deny them visas, local group tells Ottawa Every summer, representatives of the government ot Eritrea, dubbed the North Korea of Africa, are granted visas to come to Canada and raise money for the regime, which hundreds of thousands 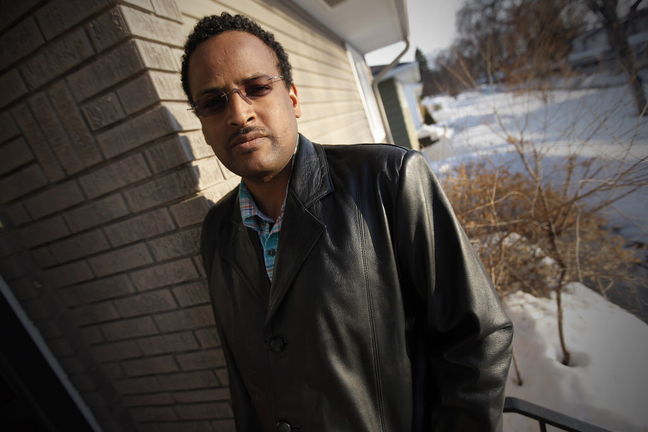 Every summer, representatives of the government ot Eritrea, dubbed the North Korea of Africa, are granted visas to come to Canada and raise money for the regime, which hundreds of thousands have fled.

A human rights group in Winnipeg and its lawyer, David Matas, are pressing Citizenship and Immigration Canada to make sure these people don’t get a pass to come into Canada again this summer.

“We see these guys every year, and we know they’re planning to come this summer as well,” said Daniel Awshek, a member of the Eritrean-Canadian Human Rights Group of Manitoba.

“There is no dispute that these guys are inadmissible to Canada if they give the correct information about themselves and their purpose for coming,” Awshek said. “The main objective of the people when they come here is to fundraise for the dictatorial government and to divide the community,” he said. There are an estimated 3,000 Eritrean-Canadians in Winnipeg. Many are refugees.

In a letter to Citizenship and Immigration Canada, Awshek’s group says the Eritreans are inadmissible because of human rights abuses and international sanctions. The letter identifies three Eritreans who’ve been allowed into Canada in the past, adding they should not have been issued visas.

“We’re asking them to do their due diligence before letting in these people,” Awshek said.

Canada has endorsed UN sanctions against the Eritrean regime for its arming of Somali terrorists. Members of the Eritrean People’s Liberation Front are barred from entering Canada. Foreign Affairs has warned Eritrean expatriates in Canada against giving money to the regime for military purposes and last year kicked out the Eritrean consul for collecting a two per cent tax from Canadians to fund it.

To circumvent those sanctions, the Eritrean government has held fundraisers across North America that are billed as cultural events, a UN monitoring group report said.

The Walta Cultural Group, a military band from Eritrea, has visited Winnipeg in the past with a member of the banned Eritrean People’s Liberation Front. When the human rights group complained to Canada’s Border Services Agency about them being here, nothing happened, Awshek said. This year, the group asked Citizenship and Immigration Canada not to issue them visitors’ visas.

“We want the law to be respected,” he said.

Matas said Citizenship and Immigration likely didn’t know the purpose of the Eritreans’ visit or their affiliations.

“They should be alerted to this and not let them in,” Matas said. “If all they’re doing is fundraising for terrorism, that’s a problem.”

Citizenship and Immigration responded Friday with a statement.

“The department is aware of the letter dated March 23, 2014 from the Eritrean-Canadian Human Rights Group to our Nairobi visa office.

“It is important to note that an objective of our immigration system is to deny entry to individuals who pose risks to Canada, including criminal or security, in order to protect the safety and security of the Canadian public.”

Putting out the welcome mat for representatives of a regime that’s committed “horrendous crimes” and human rights violations is wrong, said Awshek, a community health worker.

“The irony is that for Eritrean mothers and fathers who want to travel to Canada to see children and grandchildren, there’s a very slim chance of them getting a visa,” said Awshek, who volunteers helping refugees.

Republished from the Winnipeg Free Press print edition April 8, 2014 B2