Eritrean Regime Supporters Assault Another Journalist in London   On Tuesday 26th November, Amanuel Eyasu, the founder and editor of Assena Satellite TV, was attacked by Eritrean regime supporters at Putney Bridge Station, in London. He had been contacted by an Eritrean female residing 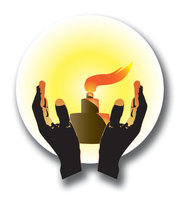 On Tuesday 26th November, Amanuel Eyasu, the founder and editor of Assena Satellite TV, was attacked by Eritrean regime supporters at Putney Bridge Station, in London. He had been contacted by an Eritrean female residing in London who pretended to have information on the human rights situation in Eritrea; she suggested meeting at Putney Bridge Station at 2:30p.m that Tuesday.  Amanuel agreed, and when he arrived at the station, there were five Eritreans, four men standing together and one woman nearby.

The four men tried to corner Amanuel, and when he managed to escape immediately threw a mixture of egg, milk and flour at him. Most of this missed its target and landed on the ground. Amanuel managed to run away but they followed him. He snatched a mobile phone from the organiser of the attack, Yacob Gebremedhin, and physically restrained him until the police came and put the attacker in police custody. The other members of the gang escaped.

The arrested man, Yacob Gebremedhin, was the same person who had attacked Martin Plaut near the British Library, in London, on 30th November 2018, using the same method.  On 14thDecember, 2018 he was brought before the Highbury Corner Magistrates Court, found guilty, and fined. After that, he returned to Eritrea for vacation, and it was reported that he returned to London after three or four months, where, he was encouraged to resume his attacks on journalists.

In a recorded live Eritrean regime supporters’ Facebook discussion, on 1st December, 2018, where, he was invited to speak after he attacked Martin Plaut, Mr. Gebremedhin told over 580 participants:

“I live in an area around Victoria. Many leaders of this country (United Kingdom) live there as well. Every time I see them my blood boils. It is sad to see that these people continue to gamble at the expense of our blood.

“My plan was to leave this country (United Kingdom) for good, and return to my country (Eritrea) on Tuesday (4 December 2018). Before a month, I started to find out as to where I can get hold of Martin Plaut.”

Mr. Gebremedhin is facing new charges in a British court for his assault on Amanuel Eyasu. It appears that he is raising funds on-line for his defence via GoFundMe. He has asked for £9,000.

This is what he wrote on the GoFundMe website:

“Our brother and hero Yacob Gebremedhin has taken an accepted action against the enemy of the hard won peace in Eritrea and the entire Horn region. The legitimate action patriot Yacob took represents our feelings against Amanuel Eyasu’s (Hasenas) hate mongering and anti-peace campaigns.

Human Rights Concern – Eritrea (HRCE) regards contributions to such a fund as certainly not qualifying as charitable donations, and wishes to advise potential contributors to check the truth of the information they have received before donating.

HRCE also wishes to point out that  people who enjoy the fruits of democracy in the U.K, but who attack journalists and activists, people involved in such aggression or action amounting to assault, and who vow to continue such attacks, are expressing  hatred towards the U.K authorities and should not be allowed to reside in the U.K. Instead, they should be sent back to serve the dictatorial regime that they support, the regime which is known by its cruelty and continues to commit crimes against humanity on its own people.