by BILL CHAPPELL April 21, 201412:11 PM ET   In the men's field of the 118th Boston Marathon, American Meb Keflezighi ended a 31-year drought for U.S. runners, after holding off Wilson Chebet of Kenya in a race that came 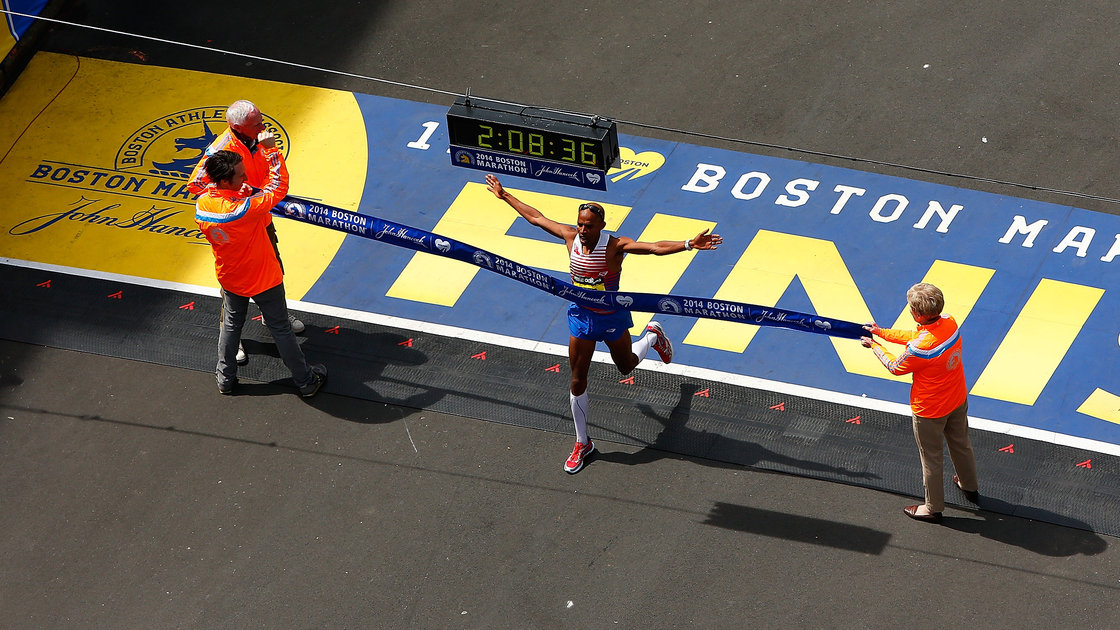 In the men’s field of the 118th Boston Marathon, American Meb Keflezighi ended a 31-year drought for U.S. runners, after holding off Wilson Chebet of Kenya in a race that came down to the final mile.

According to race officials, Keflezighi, 38, ran a 4:56 split at mile 23, when he built a 20-second lead. That lead dwindled as the runners neared the finish line, but Keflezighi held off all challengers to win the race with an unofficial finishing time of 2:08:37.

The crowd roared as the Eritrean-born runner who lives in San Diego crossed the finish line, celebrating a much-needed victory in the historic race.

Before today, no American had finished first in the men’s field since Gregory Meyer won in 1983. The last American woman to win was Lisa Larsen Weidenbach in 1985.

It was an emotional scene as the crowd and the runner realized that, yes, this was actually happening: a U.S. man was winning by websave\\022 “”>the Boston Marathon. Keflezighi broke the tape near the site of a makeshift memorial to the four people who died because of last year’s bombing attack on the race.

Holding his trophy as the U.S. national anthem played, Keflezighi’s face was contorted with emotion, tears streaming down his face.

“We are resilient; we never gave up,” he said after the race. “My whole run is to run strong — Boston strong, Meb strong.”

Keflezighi also said that he was aware he was being chased neared the finish line.

“If somebody beat me,” Keflezighi recalls thinking, “I’m going to inspire others to do it.”

Instead, the man whose family immigrated to the U.S. after fleeing violence in Eritrea in the 1980s has inspired others, by winning the race outright.