Zimbabwe’s President Robert Mugabe resigned on Tuesday, bringing to an end 37 years in power which he began as a hero of the struggle against white rule and ended as the man blamed for reducing 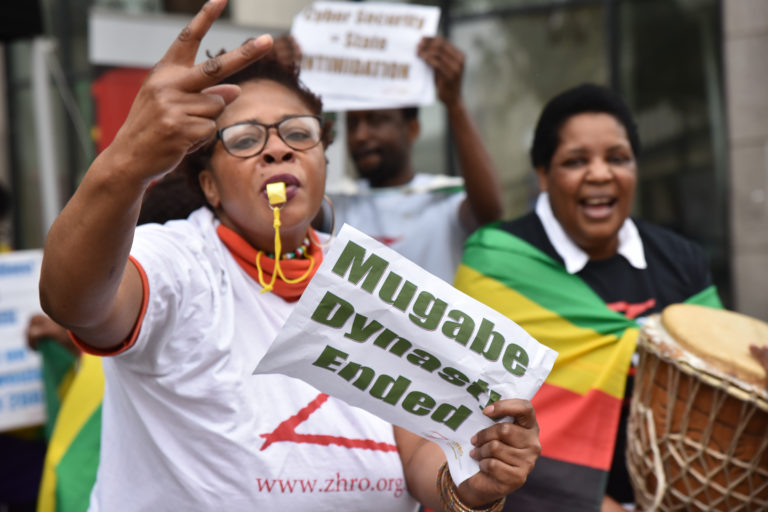 Zimbabwe’s President Robert Mugabe resigned on Tuesday, bringing to an end 37 years in power which he began as a hero of the struggle against white rule and ended as the man blamed for reducing his country to despotism and economic misery.

The streets of Harare erupted in celebration after Mr Mugabe’s resignation was announced during a joint session of both houses of the Zimbabwean parliament that had gathered to launch impeachment proceedings on Tuesday afternoon.

“My decision to resign is voluntary on my part and arises from my concern for the welfare of the people of Zimbabwe and my desire for a smooth, non-violent transfer of power,” Mr Mugabe said in a letter read out by Jacob Mudenda, the speaker of parliament.

The move was cautiously welcomed by the West, with the UK and the US calling for a peaceful transition to democracy.

Boris Johnson yesterday hinted that Zimbabwe could rejoin the Commonwealth, from which its membership was suspended in 2002 over a disputed vote, if free and fair elections were held. Mr Johnson said Mr Mugabe had been “a despot who impoverished his country”.

Mr Mugabe’s resignation letter made no mention of who should replace him as president.

However, he is widely expected to be succeeded by Emmerson Mnangagwa, a former security chief who fled to South Africa after Mr Mugabe fired him as vice president on November 6.

Zanu-PF, the ruling party, installed Mr Mnangagwa as party leader after ousting Mr Mugabe from the same role on Saturday. He could be sworn in as president by Thursday, the party’s chief whip said.

Mr Mugabe’s resignation came a week after Zimbabwe’s military placed the 93-year old president under house arrest in a soft coup prompted by a power struggle within the ruling party involving Grace Mugabe, the first lady.

In a bid to preserve a veneer of legitimacy and avoid sanctions, the military and its allies in the ruling the Zanu PF party attempted to persuade Mr Mugabe to resign voluntarily by threatening to impeach him and mounting a massive public march in Harare to demonstrate he had lost public support.

The head of the Zimbabwean armed forces, who executed the coup,  cautioned against retribution in the wake of Mr Mugabe’s resignation.

“Acts of vengeful retribution or trying to settle scores will be dealt with severely,” Gen. Constantino Chiwenga.

Mr Mugabe had initially refused to resign, and stunned Zimbabweans on Sunday night when he used a televised address, widely expected to be a resignation speech, to reassert his authority and announce he intended to preside over Zanu PF’s December congress as usual.

He faced further humiliation on Tuesday after almost no ministers showed up to a routine cabinet meeting he called at State House, his official Harare office.

Later in the afternoon lawmakers from both houses of parliament gathered in a conference centre to debate a motion that called for him to be removed from power for shortcomings including falling asleep in meetings and allowing Mrs Mugabe to “usurp” presidential powers.

The motion, which was tabled by Zanu PF and seconded by the Movement for Democratic Change, the main opposition party, was abandoned after Mr Mugabe’s resignation letter arrived in parliament.

Mr Mnangagwa had called on Mr Mugabe to heed the “insatiable” desire of the Zimbabwean public for change in a statement on Tuesday morning.

“The people of Zimbabwe have spoken with one voice and it is my appeal to President Mugabe that he should take heed of this clarion call and resign forthwith so that the country can move forward and preserve his legacy,” Mr Mnangagwa said in his statement.

It was not immediately clear what Mr Mugabe or his wife Grace would do next. He was reported to have been trying to negotiate protections for himself and his family in the days since the coup.