Why do EU leaders still think they can engage with Eritrea’s regime? 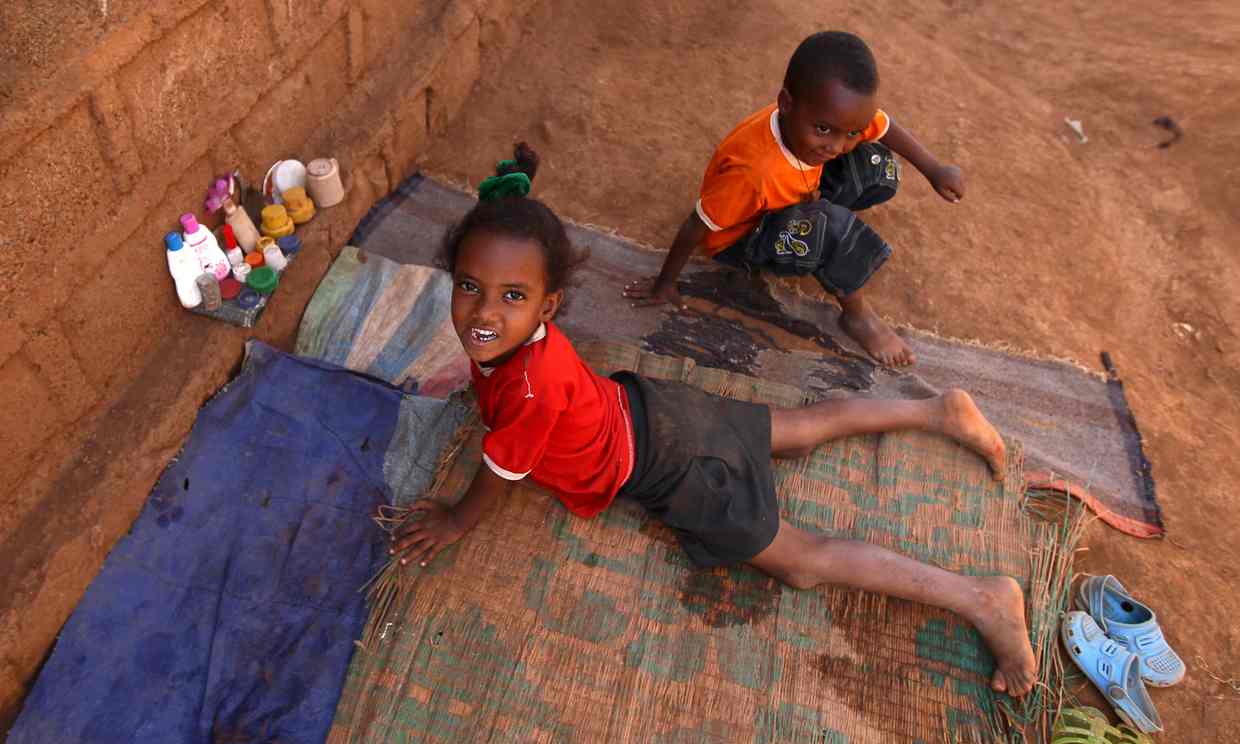 As the European parliament hosts another Eritrean politician in the hope of reducing the number of refugees fleeing the small African state, the fact that the regime has been found guilty of “crimes against humanity” by the UN has once again been overlooked.

The event, organised by Irish MEP Brian Hayes and attended by Eritrea’s minister of information, Yemane Gebremeskel, is the latest example of the EU’s attempts to tackle the refugee crisis by reaching out to repressive regimes.

Since the small Red Sea nation gained independence from Ethiopia in 1993, Europe has made repeated attempts to build a relationship with the government, but to no avail. Which leaves open the question: what crime must Eritrea commit to be condemned by the international community?

In 2001 when the president, Isaias Afwerki, cracked down on all political opposition and jailed more than 10 independent journalists, the Italian ambassador to Eritrea presented a letter of protest to the authorities. He was promptly expelled and other European ambassadors were withdrawn. The EU presidency said relations between the EU and Eritrea had been “seriously undermined”.

At first Europe demanded that Eritrea improve its human rights record before normal relations could be resumed. But President Afwerki did nothing of the sort, assuming that he could outlast the EU’s anger. He was right: it was the Europeans who buckled.

As time passed the EU reassessed its relations with Asmara. Although there had been no sign of movement on human rights it was decided to try to have a “new beginning” with Eritrea.

In May 2007 the president was invited to visit Brussels and was warmly welcomed by the then EU development commissioner, Louis Michel.

By August 2009 Michel was sufficiently encouraged that progress could be made that he visited Asmara, after receiving assurances from an Eritrean diplomat that Dawit Isaak, a Swedish-Eritrean journalist imprisoned in 2001, would be released into his care. Having booked a ticket for Isaak to return with him to Europe, Michel flew to Asmara.

But once he arrived it became apparent that the president had no intention of allowing the journalist to go free. Michel was not even permitted to visit the prisoner and returned home humiliated.

Despite these setbacks, the EU remained wedded to attempting to improve its relationship with Eritrea.

In 2009, European and American diplomats discussed whether to strengthen military sanctions against the country. A US diplomatic cable, released via WikiLeaks, revealed that EU representatives called for engagement with Eritrea rather than isolation.

The Italians described Eritrea as governed by a “brutal dictator” and noted that it had “not gotten results from its efforts at engagement”, while at the same time cautioning against “creating another Afghanistan” by imposing sanctions. The French said that while engagement was “useless”, they would continue on this track as there was no other option.

The then US deputy assistant secretary for African affairs, Karl Wycoff, pointed out that EU policy was contradictory. Wycoff described what he called “the inconsistency between the private acknowledgment that Asmara was not only playing a spoiler role” by supporting Islamist groups in Somalia, which contained “violent, anti-west elements”, and the continued provision of aid programmes to Eritrea. He also noted that strong actions, including sanctions, were needed to have a chance of changing Afwerki’s behaviour.

Ignoring these concerns, the EU pressed ahead with its strategy of engagement.

Years on, human rights violations and indefinite conscription continue to drive 4,000-5,000 Eritreans beyond its borders every month. Many arrive on European shores: in 2015 a total of 38,791 crossed the Mediterranean, according to the European border agency Frontex, arriving mostly in Italy.

The refugee question has become so toxic that a number of European states have been attempting again to establish a “new engagement” with Asmara. In 2014 the Danish government sent officials to the country. Their report, published by the Danish Immigration Service, concluded that “the human rights situation in Eritrea may not be as bad as rumoured”.

The report was not well received. It was alleged to be inaccurate and misquoted its key academic source. Prof Gaim Kibreab, whose work featured heavily, said he felt betrayed by the way in which it was used. “I was shocked and very surprised …They have completely ignored facts and just hand-plucked certain information,” he said.

Despite these allegations, the report was picked up by a number of European nations, including the UK. Britain sent its own officials to Asmara who returned with similar conclusions.

In March 2015 the UK’s position dramatically changed after the Home Office published updated country guidance suggesting a marked improvement in Eritrea’s human rights. The acceptance rate for Eritrean refugees plummeted from 84% in 2014 to 44% in 2015. However, the courts reportedly overturned 92% of the cases they heard.

The EU is now attempting to deal with Eritrea as part of a wider African initiative to end refugee flows. In 2015 EU leaders met their African counterparts in Malta. The action plan they adopted detailed how Europe would co-operate with African nations to fight “irregular migration, migrant smuggling and trafficking in human beings”.

This was reinforced last year by the announcement of a possible €200m aid deal for Eritrea. A consensus had developed in European foreign ministries that the country was about to abandon one of the main driver of refugees: indefinite conscription. It was an illusion that would soon be shattered.

In February Reuters published a report quoting unnamed EU diplomats who accused Eritrea of “back-tracking on privately made commitments by some officials last year to fix national service at 18 months”. Afwerki had done what he has done so often in the past: allowed his officials to give assurances to gain international leverage, only to pull the rug from under them at the last moment.

In May, Der Spiegel reported that Germany was leading the way in reducing refugee flows from Eritrea. The magazine said that the European commission had warned that “under no circumstances” should the public learn what was being discussed.

Under the heading “risks and assumptions”, an assessment drawn up by EU officials listed “provision of equipment and trainings [sic] to sensitive national authorities (such as security services or border management) diverted for repressive aims; criticism by NGOs and civil society for engaging with repressive governments on migration (particularly in Eritrea and Sudan)”.

It is apparent that European officials – pressed by politicians to reduce migration – have learned little from their failures. Although they have acknowledged that attempts to engage with the Eritrean regime are ineffective, they see no alternative but to deal with the regime.

This is an edited extract from Martin Plaut’s new book, Understanding Eritrea: Inside Africa’s Most Repressive State, published by Hurst Publishers