29 October 2015 – “A very significant number” of Eritreans are fleeing a country “that is not in a situation of conflict or unrest” to seek a life free from fear, the head of a 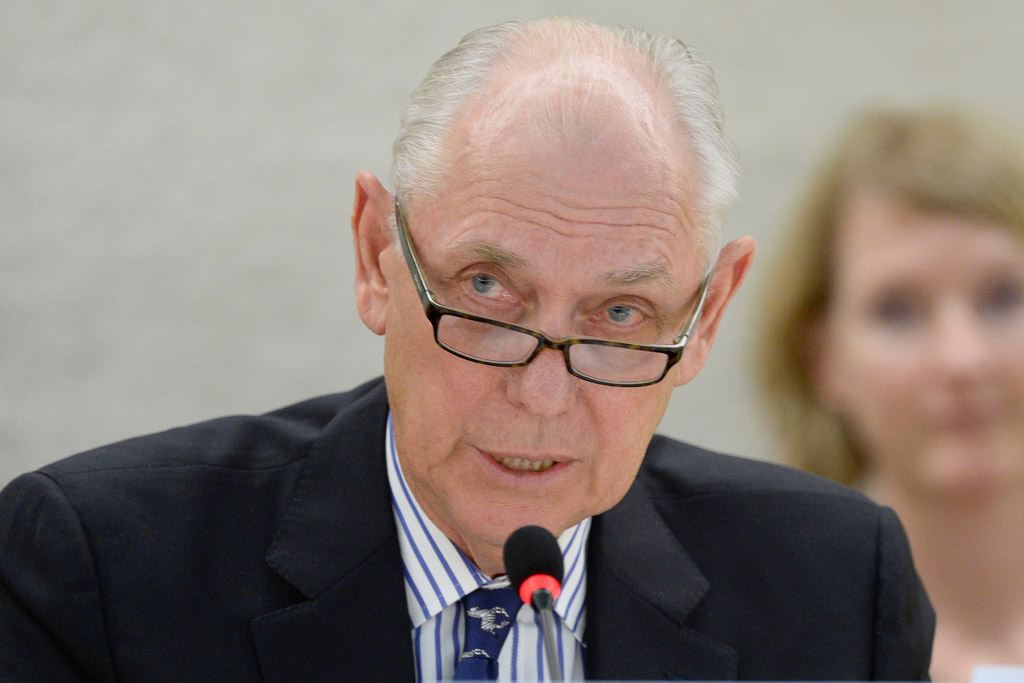 29 October 2015 – “A very significant number” of Eritreans are fleeing a country “that is not in a situation of conflict or unrest” to seek a life free from fear, the head of a UN-appointed commission of inquiry on human rights in the east African nation told the UN General Assembly today.

“That so many people feel the need to flee their birth place in order to live a decent life free from fear is an extraordinary indictment of the government that has controlled Eritrea since independence more than 20 years ago,” Mike Smith, Chair of the Commission of Inquiry on Human Rights in Eritrea, told the Third Committee of the General Assembly.

“No elections since 1993. No independent press since 2001. Ongoing restrictions of all freedoms: movement, expression, religion, association. Arbitrary arrests with no fair trials or no trials at all. Forced labour; torture,” he said.

He also noted that the report of his Inquiry, presented to the UN Human Rights Council in June of this year, “goes a long way to explaining why the number of Eritreans fleeing the country towards Europe has grown steadily since 2001 and has accelerated with a growth of more than 150 per cent between 2013 and 2014.”

“The international community, in the form of the Human Rights Council, has responded to the dramatic nature of these findings by reiterating its deep concern at the ongoing reports of grave violations of human rights,” Mr. Smith said.

He went on to say that the Council, “in an unprecedented move” for a county not at war has decided to extend the mandate of the commission for another year to investigate “systematic, widespread and gross violations of human rights in Eritrea with a view ensuring full accountability including where these violations may amount to crimes against humanity.”