Up to 150 feared dead in 'year's worst Mediterranean tragedy' Two boats carrying about 300 people capsized off Libya's coast, with scores, including children, feared drowned. Scores of refugees and migrants are feared drowned after the boats they were 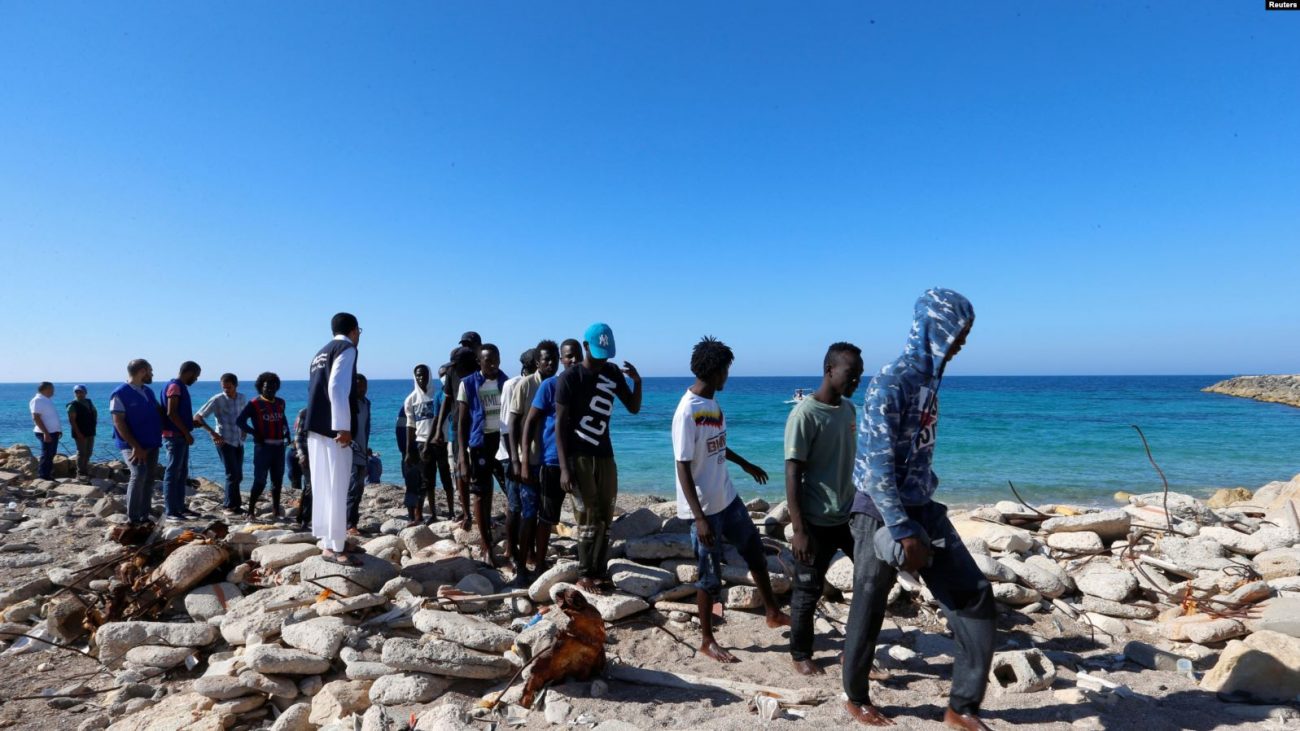 Up to 150 feared dead in ‘year’s worst Mediterranean tragedy’

Scores of refugees and migrants are feared drowned after the boats they were travelling in capsized off the coast of Libya in the Mediterranean Sea, according to aid agencies and officials.

Ayoub Qasim, a spokesman for Libya’s coastguard, told The Associated Press news agency that two boats carrying around 300 people sank approximately 120km east of the capital, Tripoli, before adding that 134 had been rescued.

However, the International Organization for Migration (IOM) said in a Twitter post on Thursday that more than 150 people were feared drowned while 145 were rescued and returned to Libya after the incident.

Charlie Yaxley, spokesman for the United Nations refugee agency (UNHCR), said the survivors were picked up by local fishermen then taken back to shore by the Libyan coastguard.

“We estimate that 150 migrants are potentially missing and died at sea,” he said. “The dead include women and children.”

He called on European nations to resume rescue missions in the Mediterranean, halted after a European Union decision, and appealed for an end to migrant detentions in Libya. Safe pathways out of the North African country are needed “before it is too late for many more desperate people”, Grandi said.

Qasim told AFP news agency that most of those rescued from the sea were from Ethiopia, while others were Palestinians and Sudanese.

Sabah Youssef, from Sudan, lost her seven-year-old child after the boat sank. “I don’t want anything now except to go back to my country, Sudan, to die there,” Youssef, who was rescued, told Reuters news agency.

Some of the survivors shared their ordeal at sea.

“In the afternoon, we started from Libya going to Italy, but when we went there, after one hour the ship started to sink and most of them (people) sank,” an unnamed survivor from Eritrea told AP.

Another survivor from Eritrea added: “We rescued ourselves. No one could help us and no one came to rescue us, and here we are in a big problem so we need your (International community) help.”

Libya is one of the main departure points for migrants and refugees fleeing poverty and war in the Middle East and Africa and attempting to reach Europe by boat via the Mediterranean.

Those who make the journey often travel in overcrowded and unsafe vessels.

Nearly 700 deaths have been recorded in the Mediterranean so far this year, according to the IOM, almost half as many as the 1,425 registered in 2018.

“If current trends for this year continue, that will see us pass more than 1,000 deaths in the Mediterranean for the sixth year in a row,” Yaxley, the UNHCR spokesman,  told Al Jazeera.

“That’s a really bleak milestone. It comes just weeks after more than 50 people lost their lives in a detention centre following an airstrike in Tajoura, and really once again stresses the [need] for a shift in approach to the situation in Libya and the Mediterranean.”

An estimated 6,000 refugees and migrants are held in detention centres across Libya, while some 50,000 registered refugees and asylum seekers reside elsewhere in the country, according to the UNHCR.

The UN has repeatedly warned that the conflict-wracked North African country is not a safe place for migrants and refugees to be held and called for those in detention centres to be released.

It has also urged the EU to drop its policy of  backing the Libyan coastguard in intercepting and forcibly returning people caught while trying to cross to Europe from the country.

The EU ended its naval patrols in the Mediterranean in March due to disagreements on how to divide those rescued among EU member states.

Italy’s far-right Interior Minister Matteo Salvini has objected to the existing arrangement because most of the rescued migrants and refugees were brought to Italian ports.

Salvini, who is also Italy’s deputy prime minister, has barred charity rescue vessels from docking at Italy’s ports, and threatened to fine transgressors tens of thousands of euros and impound their vessels.

Medical charity Doctors Without Borders (MSF) in recent days slammed the EU’s approach, saying the “suffering” of migrants and refugees in Libya and “deaths” of others in the Mediterranean were “preventable”.

“Politicians would have you believe that the deaths of hundreds of people at sea, and the suffering of thousands of refugees and migrants trapped in Libya, are the acceptable price of attempts to control migration,” Sam Turner, MSF’s head of mission for search and rescue in Libya, said in a statement on Sunday.

“The cold reality is that while they herald the end of the so-called ‘European migration crisis’, they are knowingly turning a blind eye to the humanitarian crisis these policies perpetuate in Libya and at sea,” he added.