UNHCR evacuates hundreds of vulnerable refugees out of Libya to safety

Amid violent clashes and a deteriorating security situation in Tripoli, 149 vulnerable refugees and asylum-seekers were today evacuated to safety in Rome. The evacuees are from Eritrea, Somalia, Sudan and Ethiopia. They include 65 children, 13 of 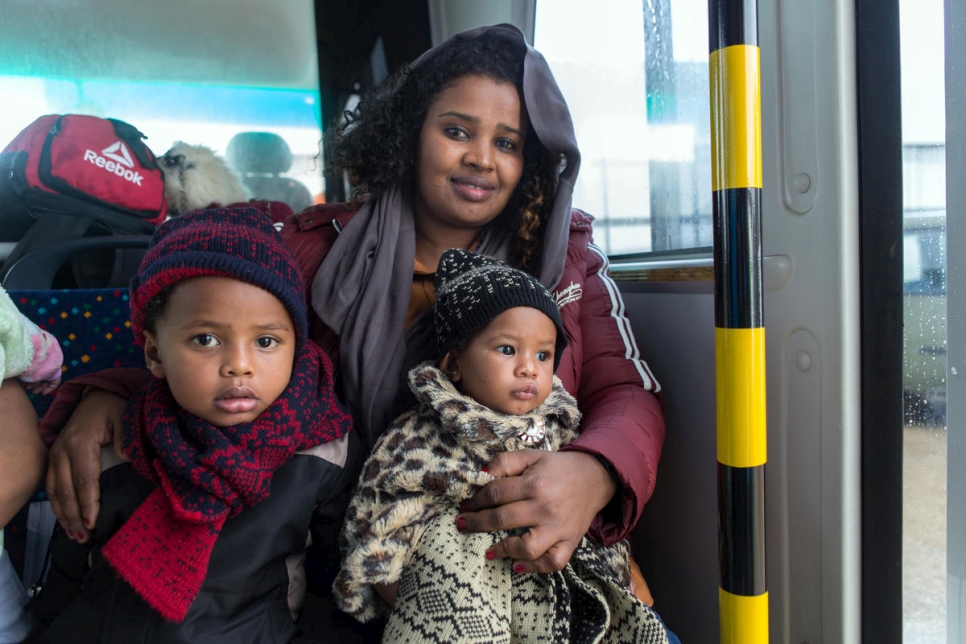 Amid violent clashes and a deteriorating security situation in Tripoli, 149 vulnerable refugees and asylum-seekers were today evacuated to safety in Rome.

The evacuees are from Eritrea, Somalia, Sudan and Ethiopia. They include 65 children, 13 of them below a year in age. One of the children was born just two months ago.

Many of the evacuees need medical treatment and are suffering from malnourishment.

The group were moved from UNHCR, the UN Refugee Agency’s Gathering and Departure Facility (GDF), after surviving months in dire conditions inside detention centres in other parts of the city. The evacuation was carried out in collaboration with Libyan and Italian authorities.

“More humanitarian evacuations are needed,” said Jean-Paul Cavalieri, UNHCR Chief of Mission in Libya. “They are a vital lifeline for refugees whose only other escape route is to put their lives in the hands of unscrupulous smugglers and traffickers on the Mediterranean Sea.”

Earlier this week, 62 urban refugees from Syria, Sudan and Somalia were also evacuated from Tripoli to UNHCR’s Emergency Transit Centre in Timisoara, Romania. They will receive food, clothing and medical treatment before travelling onwards to Norway. The International Organisation for Migration (IOM) provided support with transportation.

UNHCR is grateful to States that have come forward with evacuation places however, new detainees are arriving at a faster pace than people are departing. More than 1,000 refugees and migrants have been evacuated or resettled out of Libya by UNHCR in 2019, while more than 1,200 others have been returned to Libya by the Libyan Coast Guard in just May alone after being rescued or intercepted while attempting to flee by boat.

With the fighting in Tripoli showing no sign of stopping, the risks of detainees being caught up in the clashes are rising. UNHCR reiterates its call to States to urgently come forward with further offers of humanitarian corridors and evacuations in order to bring detained refugees in Libya to safety.

More than 83,000 Libyans have been forced to flee their homes since early April, as rival forces continue to engage in fighting and heavy shelling. Local municipal governments and host communities have played a critical role in providing assistance to the displaced, many of whom are sheltered inside schools and other public buildings. Others have left to stay with friends and family in neighbouring towns and cities.

UNHCR has provided more than 9,000 displaced people with emergency assistance and relief items, and donated medical supplies and ambulances to hospitals through the Ministry for Health and the Libyan Red Crescent.

Nearly 600 people have lost their lives in the recent clashes, according to the World Health Organisation (WHO). Last week, two ambulance drivers died after being caught up in shelling attacks. UNHCR reiterates that targeting civilians and humanitarian workers constitutes a violation of international law, and calls for any perpetrators of such attacks to be held accountable.