GENEVA —  U.N. Human Rights experts are calling on the government of Eritrea to clarify the fate of dozens of disappeared people whose whereabouts have remained unknown since 2001. Eritrea is one of seven countries examined by 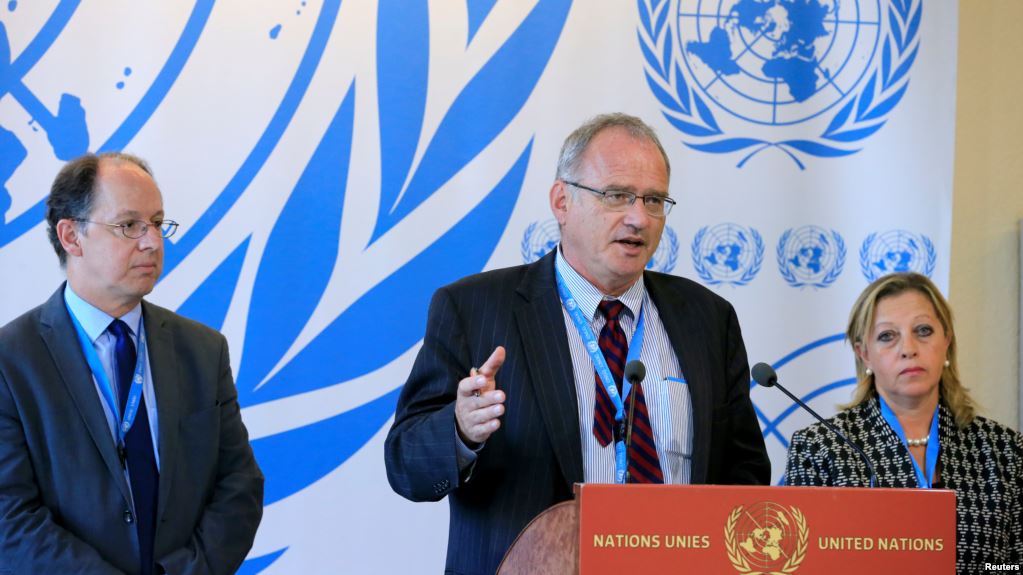 U.N. Human Rights experts are calling on the government of Eritrea to clarify the fate of dozens of disappeared people whose whereabouts have remained unknown since 2001.

Eritrea is one of seven countries examined by the Human Rights Committee, which monitors the implementation of the International Covenant on Civil and Political Rights.

The 18 independent experts of the Human Rights Committee have many concerns about the prevailing situation in Eritrea.

The committee says it has received numerous allegations of extrajudicial executions, torture, disappearances and other serious violations.

Independent expert from South Africa, Christof Heynes, says the committee took up several particular cases with the Eritrean delegation in hopes of engaging in a concrete discussion with them.

One of the cases, he says, involves the whereabouts of 18 journalists who were detained in 2001. He says no one knows whether they are alive. Another celebrated case which occurred the same year, he says, is that of 11 former top officials of the People’s Front for Democracy and Justice. He says they wrote a letter critical of the government and were arrested. He says no one knows what happened to them.

“So, we did raise this with the delegation. We asked them in so many terms, we asked them are these people still alive. And we asked this repeatedly, and they did not answer to that, which is, of course, a worrying sign.”

Heynes says forced disappearances continue. Just last year, he notes, former Minister of Finance, Berhane Abrehe, and his wife Almaz Habtemariam, were detained. He says the Eritrean government was asked whether they were alive. And again, there was no response.

The committee expresses concern about Eritrea’s compulsory military service, which has been extended from 18 months for an indefinite period. his means people can be called up for the rest of their lives.

The human rights experts say the national service is the main reason young people flee to Europe for asylum. They say conscripts allegedly are used as forced labor in various posts, including mining and construction plants owned by private companies. They add they work for very little or no salary.