GENEVA (5 June 2013) – The United Nations Special Rapporteur on Eritrea, Sheila B. Keetharuth, today reiterated her call on the international community to keep monitoring the human rights situation in Eritrea and to protect 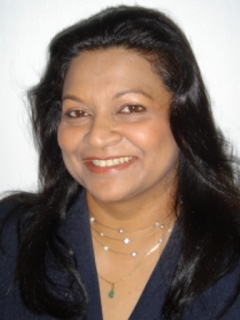 GENEVA (5 June 2013) – The United Nations Special Rapporteur on Eritrea, Sheila B. Keetharuth, today reiterated her call on the international community to keep monitoring the human rights situation in Eritrea and to protect and support those fleeing the country, in particular the increasing numbers of unaccompanied children.

“I urge the international community to keep Eritrea under close scrutiny until meaningful change is evident,” Ms. Keetharuth said during the presentation of her first report to the UN Human Rights Council. “It will be important to increase efforts to constructively engage with Eritrea and neighbouring countries to improve the situation of human rights in the country.”

Despite repeated requests, the Special Rapporteur has not been granted access to Eritrea since her appointment in November 2012. As a result, her first official mission to the field was carried out from 30 April to 9 May 2013, when she conducted interviews at Eritrean refugee camps in neighbouring Ethiopia and Djibouti, which host large Eritrean refugee communities.

“I concentrated on gathering information on human rights violations from a broad spectrum of interlocutors, but more specifically from survivors,” Ms. Keetharuth said. “Most of the people I interviewed had left Eritrea recently and were able to share up-to-date information.”

“I am extremely concerned about the human rights situation in Eritrea,” the independent expert stressed. “The prevailing situation in the country is characterised by extrajudicial killings, enforced disappearance and incommunicado detention, arbitrary arrest and detention, torture and inhumane prison conditions.”

The Special Rapporteur noted with alarm the situation regarding mass round-ups, forced conscription and the indefinite national service, as well as the country-wide arming and military training of the civilian population, which started last year.

“Excessive militarisation is affecting the very fabric of Eritrean society, and its core unit, the family. The indefinite national service is depriving the women and men of Eritrea of their most productive years,” Ms. Keetharuth said. “Many of those I interviewed told me that their families would be unable to live in dignity without direct remittances from family and friends living abroad.”

“Severe curtailment of freedom of movement, opinion, expression, assembly, association and the right to freedom of religion warrant serious concern,” she noted. “The restrictions of these rights, which are the very cornerstones of democratic societies, create a climate of fear fuelled by rumours, propaganda and suspicion. The result is an all-encompassing feeling of fear and distrust, even within families.”

In her report, the independent expert warns about the arbitrary use of power by the State, which violates the most fundamental principles of the rule of law, and a complete absence of accountability mechanisms to bring those responsible for the human rights violations to justice.

“The alarming human rights situation in Eritrea is triggering a constant stream of refugees to neighbouring countries,” she said. “Although there is a shoot-to-kill policy targeting those attempting to flee, many thousands of Eritrean citizens have fled over the past decade. The numbers are on the rise, with more than 4,000 Eritreans fleeing the country every month, despite the extreme dangers along escape routes and an unknown future.”

“During my visit to refugee camps in Ethiopia, I met a large number of unaccompanied children crossing the border, some as young as seven or eight years old. Many leave home without the knowledge of their families, mostly as they fear the forced conscription into indefinite national service,” Ms. Keetharuth said.

“The increasing number of these unaccompanied minors not only poses major protection challenges but is indicative of the scale of despair these children are facing at home,” the human rights expert warned.

Ms. Keetharuth acknowledged Eritrea’s active participation in the universal periodic review in 2009/10, noting that the Government has reportedly initiated a follow-up process. “Eritrea’s second universal periodic review in January 2014 will provide another opportunity to engage on the human rights situation with the HRC and it will be interesting to see which concrete steps Eritrea has taken to honour its commitments under the UPR, she said.

“I would welcome the opportunity to engage in a frank and open dialogue with the Government of Eritrea to discuss these recommendations, as well as a range of issues and challenges linked to the full realization of human rights in Eritrea,” the Special Rapporteur reiterated.

Sheila B. Keetharuth was appointed as the Special Rapporteur on the human rights situation in Eritrea during the 21st Session of the UN Human Rights Council in September 2012. She took her functions on 1 November 2012. As Special Rapporteur, she is independent from any government or organization and serves in her individual capacity. A lawyer from Mauritius, she has extensive experience in monitoring and documenting human rights violations, advocacy, training and litigation in human rights in Africa.