UN calls for Eritrea leaders to be tried for crimes against humanity,

Aislinn Laing, johannesburg 8 JUNE 2016 • 12:54PM AUnited Nations commission of inquiry has called for Eritrea’ssecretive and repressive regime to be referred to the International Criminal Court over what it alleged werecrimes against humanity 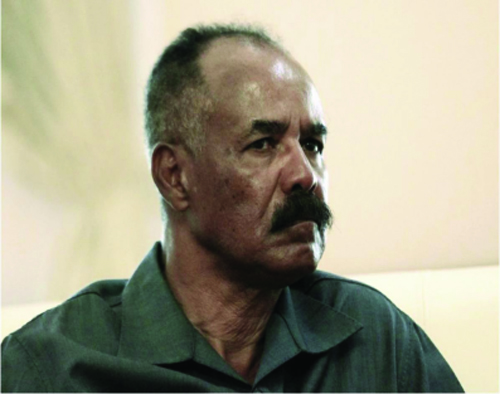 AUnited Nations commission of inquiry has called for Eritrea’ssecretive and repressive regime to be referred to the International Criminal Court over what it alleged werecrimes against humanity that included enslavement and torture.

The report said that officials “at the highest levels of state” were responsible for a “systematic campaign against the civilian population” that had claimed an untold number of lives and resulted in Eritreans being among the largest nationality groups fleeing north towards Europe.

The report’s publication came just days after a new European Union plan emerged that includes hinging aid payments and trade deals with African countries on how much they do to prevent migrants from travelling north.

The pacts mirror the €6bn “dirty deal” with Turkey, in which Ankara was offered aid and visa-free travel to the Schengen zone in exchange for accepting deportations and controlling its borders.

“Those countries who work with us will get certain treatment,” an EU official said. “Those who don’t want to or are incapable will get different treatment and that will be translated via our development, trade policies.”

Eritrean migrants represent by far the largest contingent of those entering Europe via Sudan and Libya whose numbers have surged in recent years along with Syrian migrants from the Eastern Mediterranean.

More than a quarter of the 128,619 people recorded by the European border agency FRONTEX as having arrived in Italy between January and September 2015 were identified as Eritrean, totalling more than double the second largest nationality group, Nigerians. In 2012, just 1,889 Eritreans were documented among the arrivals.

Ethiopia has also seen a sharp increase in migrants arriving in its refugee camps from its smaller horn of African neighbour and historic foe, with UN agencies reporting that a “significant proportion” were unaccompanied minors.

Mike Smith, the UN rights commission’s chair, suggested that between 300,000 and 400,000 people were kept in enslavement in Eritrea under the guise of military conscription. He claimed the government of President Isaias Afwerki, who has been in power since 1991, has become increasingly repressive and now presided over a state with no functioning democratic institutions. “This has created a governance and rule of law vacuum, resulting in a climate of impunity for crimes against humanity,” told reporters in Geneva.

“The crimes of enslavement, imprisonment, enforced disappearance, torture, persecution, rape, murder and other inhumane acts have been committed as part of a widespread, systematic campaign against the civilian population since 1991.”

Eritrean migrants interviewed in Italy, England and Africa for a recent African development organisation report on human trafficking and migrants in sub-Saharan Africa offered what it said was “convincing testimony” that backed up the commission’s findings.

“Most of those detained claimed to have been placed in prison for refusing to obey orders as national service conscripts, for attempting to escape national service, for their religious beliefs, or for vocalising criticism of the government,” the report by The Intergovernmental Authority on Development (IGAD) — a regional organization comprised of eight east African nations – said.

“While there were also numerous cases of Eritreans leaving the country principally to escape living under an authoritarian regime with limited freedoms and opportunities, there is little evidence from this study to support recent arguments for the re-classification of Eritrean asylums seekers in Europe as simply “economic migrants”.

Those who made it to Europe had already endured “serious risks” in Sudan and Libya, including the widespread rape of women, torture by local militias, beheading or forced conscription by the Islamic State (Isil) and being left to die in the desert or sold to ransom collectors if they could not meet trafficking payments.

The UN commission also accused the Eritrean government of operating a “shoot on sight” policy along its borders as a response to international pressure to clamp down on the flood of migrants.

Eritrea’s government, which refused the three-man UN commission access to the country, said its report was “entirely one-sided”.