Time for YPFDJ to become an adult

My fellow Eritreans, as we all know the YPFDJ conference has taken place in London Hilton Hotel. My first question would be how much did it cost, and who paid it? It is mind boggling 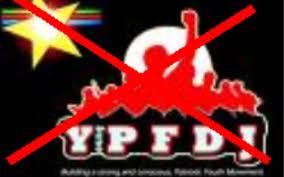 My fellow Eritreans, as we all know the YPFDJ conference has taken place in London Hilton Hotel. My first question would be how much did it cost, and who paid it? It is mind boggling to think while the Eritrean people are restricted of drinking water; the government can afford to spend so much money for propaganda. My intention is not to write about the PFDJ, as enough has been said, or to condemn the YPFDJ. Because I view YPFDJ as a victim of the circumstance.  YPFDJ are the offspring of Eritreans who left the country during the struggle for liberation, and after the liberation. As parents who love their country, and wish the best for their children, they try hard to keep them away from doing drugs, and get involve in gang activities, and more importantly they try to connect their children with Eritrea. I think majority of the parents trusted DIA to have the best interest for Eritrea, and its people, but DIA exploited the circumstances. While pushing the young Eritreans out of Eritrea, and depriving them from freely walking in their own country, he gives the YPFDJ a VIP treatment. When they come to Eritrea, thy are given tours, and organizes parties where they can consume alcohol, as much as they want, and engage in sexual activities, to use them for propaganda in the diaspora. When you are that young, that is a good time. Parents are not around to monitor you. You have created a bond with your YPFDJ members, you are not thinking politics. And the parents think their kids are bonding with the home country. So how do we redirect the YPFDJ? First we need to refrain from attacking them. That will work in favor of PFDJ, and it will put then in defense. Instead, we need to be patent, and ask them to see the fact in the ground, as they have been told. We don’t.t have to work very hard because the fact speaks for itself. We need to understand that It is hard for young people to break away from a group, where they feel accepted. Even if deep inside do not approve what PFDJ is doing, they would not have the courage to speak out for fear of seen as a traitor. If we reach out to every one we know, and provide them with the fact, we will convince a good number of them. There is always strength in a number. I am also convinced that their parents may also be in a shock from the betrayal of DIA, and hope they will guide their children to work for a real democracy, and justice for Eritrea people.