The Simple Truth about the Eritrean Boat People

Assenna.com Commentary:  Here the term ‘Eritrean boat people’ does not only refer to the tens of thousands of youngsters who are taking to makeshift boats in an effort to flee the stifling situation in Eritrea in 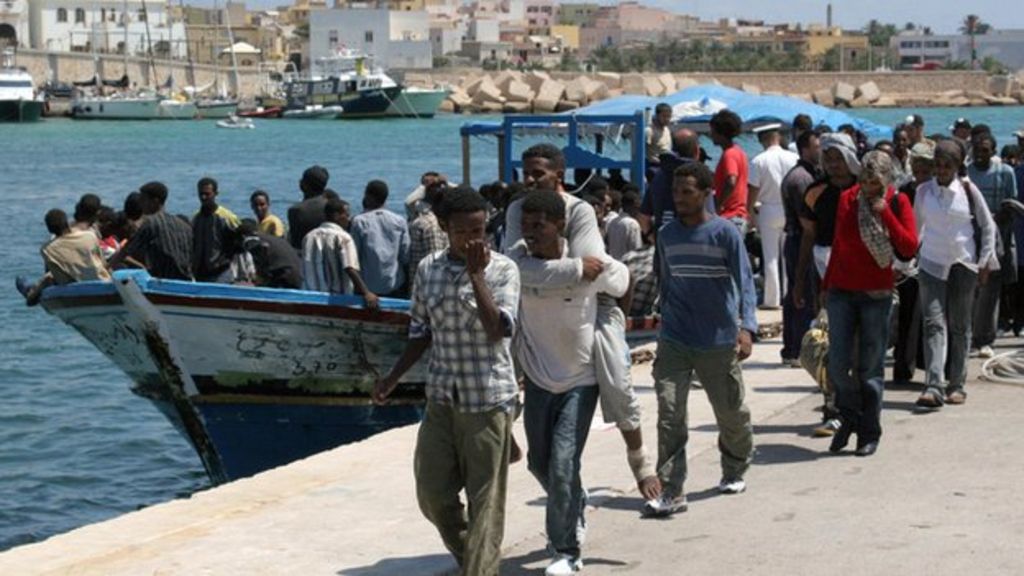 Here the term ‘Eritrean boat people’ does not only refer to the tens of thousands of youngsters who are taking to makeshift boats in an effort to flee the stifling situation in Eritrea in order to start a new life elsewhere, but also those who have been infected by the ‘leave bug’ in tenfold measure – young people in the flight-pipelines who are biding their time to leave the country.

Suffice it to say that the climate in Eritrea at the moment is quite tragic.  In every town, village and military camp, the yearning of the young people of Eritrea is to obtain a passage on an outward-bound trek. What is more tragic is the fact that their parents do not want to see their children fall into the non-ending national service trap which turns youngsters into slave labourers with no prospect of breathing space.  The parents would rather see their children try their luck elsewhere even if the passages are extremely dangerous.

Again, the term does not ignore the plight of other segments of the Eritrean society – former liberation fighters who felt betrayed by the system, conscientious citizens who were critical of the mismanagement of the country’s affairs , business people who were pushed out of business, the educated elite who felt unwanted and more.

When one contemplates about the ‘boat people’ the thought that comes to mind is the saga of the ‘Vietnamese boat people’ the world witnessed during the late 1970s. Although there are some similarities between the Vietnamese and Eritrean Boat people, it is important to mention that there is a distinct difference between the two histories.  The Vietnamese fled from the conquering army of the North Vietnamese forces whom they fought against for years; while Eritreans are fleeing from the forces they once embraced whole-heartedly – basically forces that liberated the country. That alone makes the chronicle of Eritrean refugees inimitable.

Why were Eritreans lulled into believing the liberation forces, under the leadership of Isaias Afwerki, were going to bring justice and democracy after 30 years of armed struggle?  Eritreans, men and women, young and old, combatants and non-combatants, villagers and town-dwellers, Muslims and Christians, members of the local and diasporic communities contributed to the independence struggle in one way or another.  It is also true that Eritreans, rather naively, took it for granted that power would be handed over to the people after independence.  No one thought the costly struggle would be betrayed and Isaias Afwerki, leader of the victorious freedom fighters, would turn himself into a vicious dictator and appropriate power exclusively and indefinitely.  It can be argued that the sudden turn of events completely caught everyone off guard; and people’s blind trust is at the core of this blunder.

After independence, the Eritrean People’s Liberation Front (EPLF), the victorious army, changed its name to People’s Front for Democracy and Justice (PFDJ) in order to transfigure the political game for the worse altogether.  The unsuspecting people of Eritrea believed PFDJ would introduce, as the name denotes, democracy and justice into the country’s political landscape.  Years after its formation Eritreans waited patiently that PFDJ would reform itself and incorporate a properly defined civic understanding of sacrifices made to gain independence – one built on the celebration of diversity, of humane values, and of social justice for the millions impoverished by decades of the armed struggle.  As the government party signalled one way and turned the other, people began to witness that self-rule was perpetually shrouded by a gun culture, memories of a martyr which was unjustly exploited, and the regime’s watchful eye on those who wished true democracy and justice would gradually prevail.

The heart-wrenching side of the story is to do with the ex-fighters who thought and talked about the homes they had left behind under the baking sun in the battlefields of Eritrea, and at night wished upon a wandering Sahel star for their wishes to come true – of warm homes to go back to.  Unfortunately, it did not take long after independence for their wishes to be extinguished as Eritrea plunged into utter darkness. Now we can confidently say that utter darkness has given birth to the plight of the Eritrean Boat People.  That is the simple truth.

Revolutions have always been in the hands and heads of the young. The frustrated young always inherit and spearhead world revolutions.  Isaias Afwerki is aware of this fact.  That is why he is using the young as a pawn in his political game by denying them proper education, invading their space completely, trapping them in the sapping national service chores and in the end, pushing them over the edge. When will our young learn to counter Isaias Afwerki’s evil strategy? When will they learn that fleeing is harder and more dangerous than resisting oppression at the home-front?