The Eritrean Opposition from the Inside Out: Progress or Regress?

The Eritrean opposition formed, on March 12, 1999, a political alliance with the purpose to strengthening their information-sharing and improving their relationship with the people by discussing their strengths, weaknesses, opportunities and threats as well 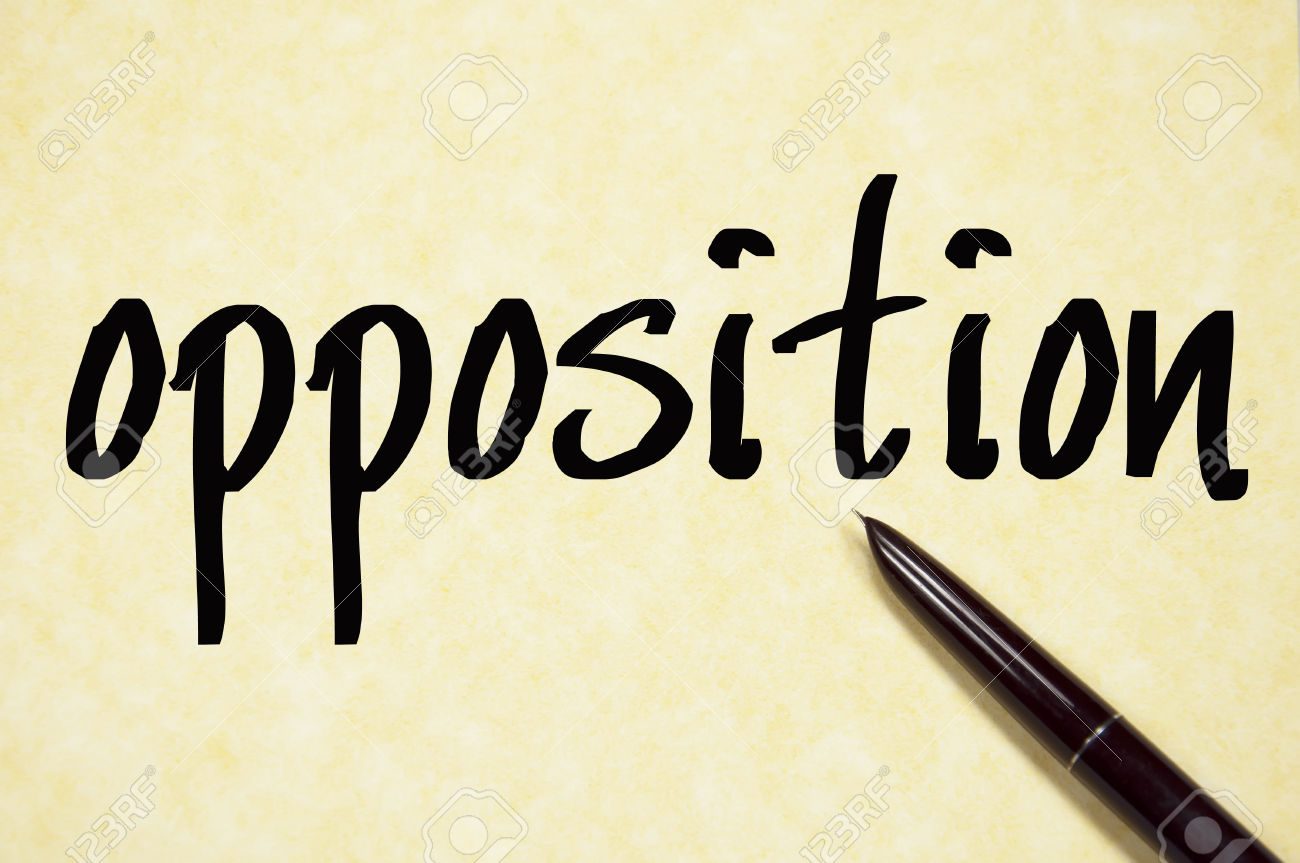 The Eritrean opposition formed, on March 12, 1999, a political alliance with the purpose to strengthening their information-sharing and improving their relationship with the people by discussing their strengths, weaknesses, opportunities and threats as well as to achieve common goals.  From the start the opposition members’ sitting at one table has helped them to facilitate better communication and to create a climate of trust and collaboration for their fight against tyranny mobilizing support behind their proposed democratic change in Eritrea.  And, their working together has helped them to achieve uniformity in leadership structure and internal functioning structure that resulted in political like-mindedness or similar ideology.

The Eritrean opposition members, through years of working together in alliance, have enhanced their ability to promote democracy and expand the bounds of openness, transparency and accountability.  They also gained from their interactions the desired competencies that helped them to handle political issues, such as debating internal issues to reach consensus, discussing political issues to narrow and manage their differences, and comprising political stances in order for their alliance to function effectively.  They also agreed to allow coalition-building processes that occurred among member organizations that pursue similar political goals or ideologies.  As a result, many political groups within the alliance are seen to join their efforts and combine their resources to grow militarily and economically.  All these advancements and improvements appear to have prepared the alliance to be in a position to declare a government in exile.

How the Members Form Coalitions and Map their Interests

The Eritrean opposition groups through years in alliance have come to know each other better and they, as members of the alliance, have long got on past trust building as evidenced by their collaborative problem-solving and respect for one another’s differences.  The opposition is now well positioned to openly and honestly discuss its proposed solutions to the Eritrean problems that were caused by the tyrant who has neglected to take care of the struggle-generation.  Yes, the tyrant who has failed the independence-generation by forcing on them border wars.  Still more, the tyrant who is wiping out the future generation by letting them to become victims of his cruel policies including being preyed on by hyenas that were brought from Kenya and placed in the border areas to kill the escapees followed by the risk of becoming a victim of the shoot-on-sight orders at border crossing and finally becoming a victim of smugglers or the oceans.

Therefore, the cause for the indecision is not related to lack of trust.  Yet, since honesty and integrity lead to trust, all of the proposed methods to solving the Eritrean problem had to meet the needed standard of honesty and integrity in order to be accepted by the solution proposer’s support bases.  Thus, the coalition members within the alliance make joint efforts to present their differently-directed solutions, and for that, they should be commended for their honesty.  Let’s look at the proposed three main solutions:

The above three proposals, if considered interconnected solutions, they can be taken as a three step process towards removal of the hated tyrant and establishing a democratic government in Eritrea.  But, conversely, what the tyrant and his party want is the passiveness of the opposition groups in order to eliminate or reduce the threats posed by them.  Additionally, there are out there pro-the-tyrant elements who are assigned to disseminating rumors against the opposition.

The tyrant and his supporters always shape rumors to fit their purposes.  Although the opposition’s inactions gave the regime grounds to use malicious or propagate rumors to hurt the Eritrean opposition, continuing the false rumors or falsifying the truth about the opposition must be considered as a political crime. The vulnerability of the Eritrean opposition is just from its honesty and openness to criticism because, unlike the regime, the members of the alliance know that constructive criticisms can help the opposition groups to learn and fix their weaknesses.

The rumors going around about the Eritrean opposition’s ineffective is purposely being spread with the intention to deny the opposition the needed support from the public.  However, to counter the cynical rumors sparked by the regime, the alliance opened its doors to youth voices and participations.  The promotion of the youth participation led to the formation of the Eritrean National Council (ENCDC) on March 12, 2012.

Those who know what pro-democracy entails tend to know well that they stand for the people’s right because a government that does not protect the people’s rights cannot be a democratic government.  The day the G-15 and the other pro-democracy elements were denied their rights, it was the day the tyrant departed democracy and decided not to respect the will of the people.  Ever since the opposition realized, be it from within or outside, that action was necessary for the expected change to occur and it also realized the need for the people’s participation.

Therefore, it can be said loudly and clearly that the opposition has tried to respond with the use of force to the heavy hands of the tyrant, the hands that are knocking on the lives of the Eritrean elderly, children, mothers and youth.  But, the opposition cannot be accused of ineffectiveness when the accusers at the same time are saying “We don’t allow Eritrea to be like Somalia.”  The Eritrean opposition has tried to fight for a change through political action; the accusers said “We don’t want to be like Libya and Syria.”  When the Eritrean demonstrators took to the street making high noise in support of COIE, the accusers likened the COIE’s action to 1950’s UN conspiracies that were hatched by the imperialist powers against the Eritrean statehood.

Now we see, the accusers’ voices lack harmony of words and deeds as well as it lacks political clarity or courage to bringing changes even by peaceful means.  The accusers of the opposition are not even determined to saving the Eritrean people by calling on the tyrant for a sense of justice, fair treatment, equality and dignity at the workplace and streets (including conscripts not to be treated like slaves) and to enforce the duty of integrity, accountability and transparency towards all wealth that are extracted from earth/mines as well as fair and equal distribution of all wealth from the gold mines and other metals.

The Alliance Members and How They got on Past Trust Building

The alliance members through time have come to understand that they are as strong as united they stand for the Eritrean people against the tyranny of the tyrant.  And, as the forefront fighters against the tyrant, together the members have to carve a strong unity through coalitions among the various groups within the alliance.

There are many groups within the umbrella or alliance.  These groups have group decisions to be bound by.  Nevertheless, in case of an unpassed proposal by the alliance, some groups may take turn around at any point to discuss the proposal further and then adopt it as a group decision.  This means, even though the proposal is not approved by the whole members of the alliance, some members within the alliance might have found the proposal acceptable to them.  Nevertheless, the members’ practice of shifting groups depends on which group is more reliable and not on who is holding grudge against the other.  Therefore, the available coalition-building processes necessitate working in coalition in order to enhance the prospects for coalition formation.  Yet, their sticking together through good and bad times taught them how to trust each other, although the members know that the greater the difference is in political views/stands, the greater the trust is deprived if not blocked.

The coalitions within the alliance are attempts of bringing closer those groups with compatible views and preferences.  Nevertheless, the opposition members appear to have trained themselves to become tolerant to their internal differences.  The alliance members are working together on trust and honestly, and differ when there is a need to differ.  The difference among the opposition groups stems from their political stands and that cannot be considered as trust problems.  Thus, their difference is because of their differently-directed solution to the current Eritrean problems.  Here, there is no a broken promise or a betrayed trust.  Their disagreement stems from not having a solution that unites them.  Yes, there is no mistrust here and their inaction is sincerely reached to meet the demands of the Eritrean people and not their members.  The causes of their inaction have shaped their policy of no to the use of force lest not become like Somalia, their negative stand to regime-change lest not become like Libya or Syria, and no to negotiation with the regime behind the back of the people and in the absence of a constitution.

If the Eritrean opposition can ensure the political groups’ discipline and maturity, it should know that its political future rests on opening the nearest road to the end of the tunnel enabling the Eritrean people to see the light of hope at the end of the tunnel.  The opposition members claim that they have tested each other and know where they differ.  Thus, it is the maturity of them to know for them how to tolerate their differences.  However, their claim that there are no sufficient resources at their disposal to convince them for a united action is coupled by another weakness that the Eritrean people does not approval of use of force to remove the tyrant.

Some Eritrean political analysts have noted that the absence of a strong organization that could impose its decision on those other members can also be the reason for lack of a united action.  Indeed, a strong leading organization towards which no any other organization could risk refusal or rejection of an action plan can play an effective role in the opposition’s fight against the tyrant.  Therefore, the opposition may be missing a strong organization that can control the outcome of an initiated action to free the country from the prevailing tyranny.  In other words, there is a lack of convincing conditions that can converge on common the opposition’s entire differently-directed solutions.  Although the opposition members have come under one roof and are tolerant towards each other, their difference is just out of political honesty like their tolerance is out of respect for one another’s difference.

Let the people participate in building bridges to bring

all of the opposition closer for their final action