SEATTLE. WASHINGTON  The concept and spirit of Nationalism VS  Young  Eritreans in the Diaspora  Nationalism is a feeling or real mental force that people of a country of common  origin, culture, language, value system and ideals, 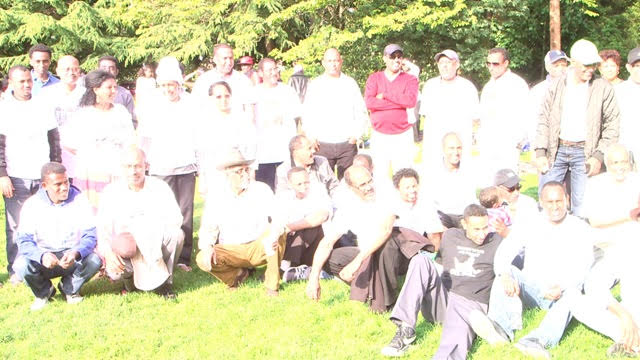 origin, culture, language, value system and ideals, who portray an extraordinary loyalty, devotion and sense of affinity towards that common country. And above all, have a sense of national consciousness exalting that nation above all others and placing primary emphasis on its culture and national interests as opposed to those of other nations.

Nationalists devoutly protect and defend their nation’s socio-political interests and national sovereignty against any internal and external attacks.

Ironically, while the state Eritrea is presently involved in extreme national crisis, the essence of nationalism in the minds of the Eritrean youth in the Diaspora is absent. One can only notice the sign of Nationalism  in national live music dances, and other government arranged social schemes, where they naively wave the Eritrean national flag and chant their hollow slogans haling the name of Eritrea and its dictator leader instead of courageously defending their country at siege.

Eritrea is uniquely governed by intuition, without any national constitution. The iron fisted dictators are trashing the country beyond repair by implementing an ultra-fascist system of governance.

Eritrea’s socio-economic status is in shambles and there is no national economic planning program in the agendas of the senseless dictators. Their main interest and focus is to rule the country through the barrel of the gun.

The majority of people in Eritrea are now in disarray where a big percentage of them are indiscriminately imprisoned, physically tortured, killed or forced to flee their own country to unknown destinations. And many of them have been perishing in the middle of their journeys in vain.

This is the place and time where the spirit of nationalism should and must motivate the true nationalists to gallantly defend and protect the nation they devoutly loved. The status quo in Eritrea is unacceptable and must stop now. And those who should stop it are all of us, Eritreans, guided by the true nationalists.

The Eritrean youth of Seattle, Washington, as part and parcel of the Eritrean Mass Movement, should be mindful of the sufferings and annihilation of our people and the grave national crises in Eritrea.

And as citizens of moral conscience, we must be alarmingly engaged, and stand up in response to the loud and clear cries of our nation for help. Hence, we are now pledging to stand up for the defense of the motherland, in the spirit of Nationalism.

By defying to be misled and duped by some misguided deviants and mean spirited individuals who very well could be friends, family members, or politicians, whose main motive is to coerce and steer us into believing that supporting the present unconstitutional government in Eritrea is the right thing to do. Our answer is NO, and we stand firm in opposition to their deceptive intensions.

Thanks to the advent of the internet and many other sources of information that are available at our finger tips, we can also do further studies and research about the current affairs and historical perspective of Eritrea. By doing so, our actions and inactions will be based on clarity and truthfulness. And our present and future political stands will be based on knowledge and full confidence in light of the present highly polarized Eritrean political landscape.

On the basis of such principles, we, the Eritrean Youth in the Diaspora will undoubtedly have the potential to become the history makers, through belief in our national Unity and becoming the defenders of our national sovereignty, in the spirit of nationalism.

And seeds of change will be planted in the United Youth Movements Camp, and continue being a powerful beacon of hope and Eritrean pride.

Long Live Eritrean Unity, without which, no success will be attained on our mission of creating a Constitutional, Democratic, new Eritrea.

Eritrean Youth for Unity, Salvation and Justice in Eritrea.