Khartoum / Rome — Italy has repatriated a group of Sudanese nationals who attempted to cross the border to France. They arrived in Khartoum on Wednesday evening. A spokesman for the Sudanese Foreign Ministry reported that 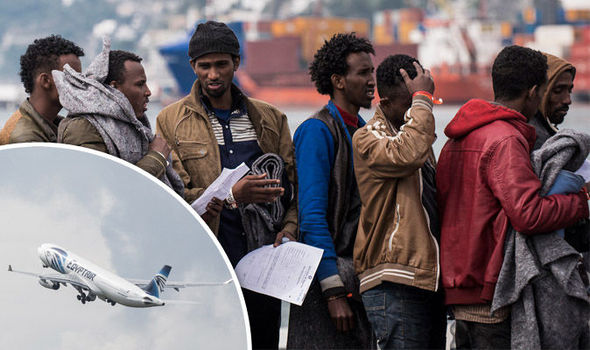 Khartoum / Rome — Italy has repatriated a group of Sudanese nationals who attempted to cross the border to France. They arrived in Khartoum on Wednesday evening.

A spokesman for the Sudanese Foreign Ministry reported that the about 40 Sudanese citizens were brought to the Sudanese Embassy in Rome where they received the necessary travel documents for their return to Sudan.

Spokesman Garib Allah announced that the coordination of the repatriation of the Sudanese was based on the recently signed Memorandum of Understanding on the issue of migration, between the heads of police in Sudan and Italy. It is part of a broader cooperation between the European Union and Khartoum.

Speaking to the press, the spokesman addressed young people in Sudan, stressing that if they want to migrate they should complete legal and formal procedures, so they “will not be subjected to harassment from the state”.

An Italian news website, Il Fatto Quotidiano, reported that the group counted 48 Sudanese nationals. The charter flight was operated by Egyptair, the website reported, and several activists arrived at the scene of departure at noon on Wednesday to protest the repatriation.

It cited an Italian immigration law expert, Allessandra Ballerini, saying: “This is a mass deportation to a country where their fundamental rights are violated and where their lives are endangered. With this transaction, our country participates as an accomplice of all the violations that will be implemented by these regimes.”

Italy is obliged to comply to international refugee law, that also concerns the protection of refugees from being returned to places where their lives or freedoms could be under threat. In the case that political asylum does not apply, non-refoulement refers to the generic repatriation of people into war zones and disaster locations.