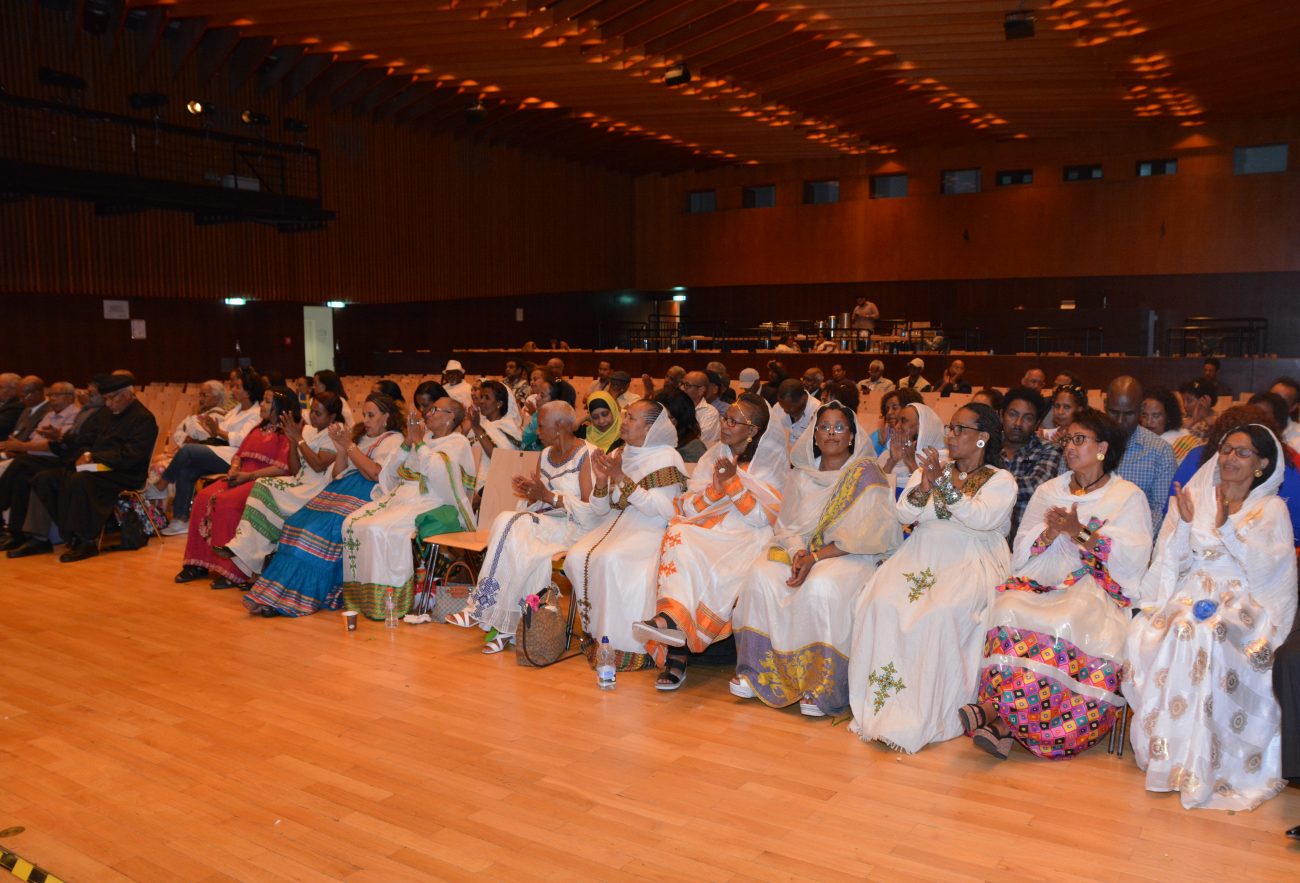 Having failed by the usual masculinity of the Eritrean population, it is about time that Femininity should try to SAVE ERITREA. They can do it. They have a way and inner strength of galvanizing regardless of their composition of identity. They can do it. It is about time that FEMININISIM in Eritrea take over the steering wheel, for a change, and navigate to the seemingly impossible eternal ambition and reality of establishing FREE, INDEPENDENT, ERITREA. They can do it. The least the Eritrean masculinity can do is step aside peacefully from the ‘dirty carpet’; be faithful supporter; and let Eritrean FEMININISIM show how to cleanse the intricate obstructions and bring out the bright nature of Eritrea. They can do it. If a 28-year-period of active play by MASCULINITY cannot produce the age-old intention and desire of Eritrea, it is only logical to pass the baton to the other PARTNER for LIFE and see the outcome. They can do it. They only need the ‘ears’ and positive ‘attitude’ on the part of Masculine Partner for LIFE.

Dear Compatriots: Do you really believe that OTHER countries [in this case China] would really help Eritrea for FREE? They are ONLY interested in garnering knowledge/experience in their medical field using innocent people as experimental items in collaboration with indigenous personalities who have their own  private needs to satisfy>>> scratch my back; I scratch yours. Yes, in a “dark” atmosphere, advantage is taken on ‘guinea pigs’ for the benefit of experimental advancement for others, by others. In a crude statement, it was a perfect experimental experience for the so-called foreign ‘good doers’ to the people of the “Dark” Continent of Africa. It is an open secrete that Africans – Black Africans —  have been victims to experimental needs of other countries around the Globe. Africa has also, and still is, a source of mineral earthly resources.  It is not a surprise. The attitude of the world towards Black Africa is clear. The president of the most powerful country in the World put it this way about Black Africa: “Shithole”.  Even a president of one African country, with a Ph D Degree, agreed, fully, openly, with that insult. No murmur, of any value, was heard  from our BELOVED “Dark” Continent of Africa.

Dear Eritreans: Refresh your memory of the past multiple years of experience and ask yourself one question: Did colonial powers, or black hooded religious marauders, or sleek forces in various concealed economic  agenda ever helped Eritrea to be FREE and SELF-SUPPORTING, INDEPENDENT Country? I answer the question myself,  for myself: NEVER and WILL NEVER HAPPEN. If Eritrea is to stand by itself, it MUST rely on its feet. To do that, Eritrea must be honest to ITSELF and look at ITSELF deeply – accepting the INHERENT TRUTH  — and adjust to the TRUTH and forge a LIFE of HARMONY among the Eritrean Diversity  towards a LIFE of UNDERSTANDING and RESPECT  to EACH OTHER.

One more point: We have been talking about Issayas Afewerki Abraha Miratch endlessly, ad nausea as a sole cause of the Eritrean PROBLEM. THAT IS SELF-DECEPTION!!! Yes, Issayas is NOT an Angel. Yes, Issayas is a crumb piece of evilness. Yes, Issayas  used the weakness of Eritreans in order to achieve his long-held grievances [call it HATRED} against Eritrea – for his own reason. He did what he set out to do. And that is a million times more than the numerous uncountable so-called ‘OPPOSITION’ parties and individuals are doing for the liberation of Eritrea from one single mortal indigenous human being.

Obviously, one mortal human being cannot independently control the entire population of Eritrea. It is an obvious conclusion that Eritreans are inherently divided and sub-divided for their respective parochial sociological agenda. That is a perfect weapon for a dictator. By the way, a neutral Reader may be confused with the admirable legacy of the Eritrean Freedom Fighters, in 30-year war against Ethiopia, which won in the most admirable fashion. But it is not that mysterious. THAT GLORY WAS YESTERDAY FOR A COOMON CAUSE. TODAY is different than YESTERDAY: Eritrea is now an INDEPENDENT country and thus (i.e. consequentially) Member of the United Nation Organization etc. etc. etc.  With this fact, Eritrea is now facing ITSELF with all its inherent sociological problems that were conveniently placed on back burner for future action. THAT ‘TOMMOROW’ is now ‘TODAY’.  and Eritreans must face themselves with their own gnawing problems.  Issayas is not in a hurry. In fact, he encourages it, manipulates it, and keep it alive.  NO QUESTION about THAT. Now,  let us be HONEST to ourselves and admit our weakness.  There is no any other WAY for Eritrea. The consequence of pretention/cheating THYSELF will only prolong the suffering of Eritrea down the drain to the gutter. We have a problem to solve.

Question: If, miraculously, Issayas would disappear TODAY, would we have peaceful, tranquil, speedy recovery to greatness? Let us not cheat ourselves. After all, following our awareness of Issayas’ personality after thirty-years (yes,30 years of calling him affectionately as “wedi-afom” ), the remaining  longevity of Issayas is directly proportional to the intensity of our differences among ourselves. Never underestimate the power of religion, region, and other paraphernalia characteristic. After all, we are talking about our Dear Africa. The choice is ours.  Dictators love and use those ‘weaknesses’ in Society as effective means of governing for LIFE.     THE END