STATEMENT CONDEMNING THE SHOOTINGS OF PEACEFUL PROTESTERS IN ASMARA

The Network of Eritrean Women (NEW) strongly condemns the recent shootings of peaceful civilian protesters on 31 October 2017 in Asmara the capital of Eritrea. The protest took place after the government’s arbitrary arrest of respected 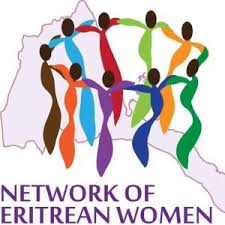 The Network of Eritrean Women (NEW) strongly condemns the recent shootings of peaceful civilian protesters on 31 October 2017 in Asmara the capital of Eritrea.

The protest took place after the government’s arbitrary arrest of respected elders and spiritual leaders, one of them being a 90-year-old Haji Mussa Mohammed Nur, who strongly opposed the regime’s interference in the AL Diaa community school, which has been initiated and administered by Eritrean Muslims from the Akhria neighborhood for over 60 years. The Al Diaa School currently hosts 5,000 boys and girls.

Al Diaa, as a private school reflects the community’s values with immense contributions. As such the school determined that boys and girls will be in a co-education setting from elementary to middle school and are separated based on their gender at the high school level. The girls in the school wear hijab as part of their uniform; the boys follow the uniform code as prescrib90ed by the Ministry of Education.

However, in line with its brutal tradition, the regime made a move to nationalize the school and interfere with the its religious practices. This interference was widely opposed by parents and by board of directors led by the respected Mr Hajji Mussa. In its bid to harass and intimidate the community the regime has arrested a well –respected 90 year old community elder Mr. Hajji Mussa Mohammed Nur and others.

Since 2004, Eritrea has been designated as a “Country of Particular Concern” (CPC) under the International Religious Freedom Act of 1998 for having engaged in severe violations of religious freedom.  As the result, many religious leaders and thousands of faithful citizens have been languishing for decades in different prisons. In addition, similar religious teaching institutions from the Orthodox and Catholic Churches have been closed and members of those churches who opposed the closure were imprisoned.

We believe it is important to maintain the momentum of resistance to basic human rights and freedom of religion. The law and unimplemented constitution prohibit religious discrimination and provide for freedom of thought, conscience, and belief and the freedom to practice any religion.

We call on all our people inside Eritrea and in the diaspora to unite and to not allow the government and its machineries to divide us by spreading their propaganda of “Jihadists” posing threat to Eritrea. We were

previously silent when Jehovah’s Witnesses, Islamic Clerics, Pentecostals and the Patriarch of the Orthodox Church were arrested by the regime and this silence has continued the suffering of the Eritrean people. We as Eritreans should learn from our previous mistakes and stand up for the protesters, we have a moral obligation. The Eritrean people have a choice to stand together and rid themselves of this tyranny or divided to be destroyed by the regime. We call for the unity of all Eritreans; it is our time to rise.