Restoring religious freedom in the ‘North Korea of Africa’

by Rev. Thomas Reese S.J. Torture. Arbitrary arrests and detention without charges. A ban on public religious activities. Stifling of dissent. Forced labor. The governments of far too many countries persecute their citizens, including one we hear too 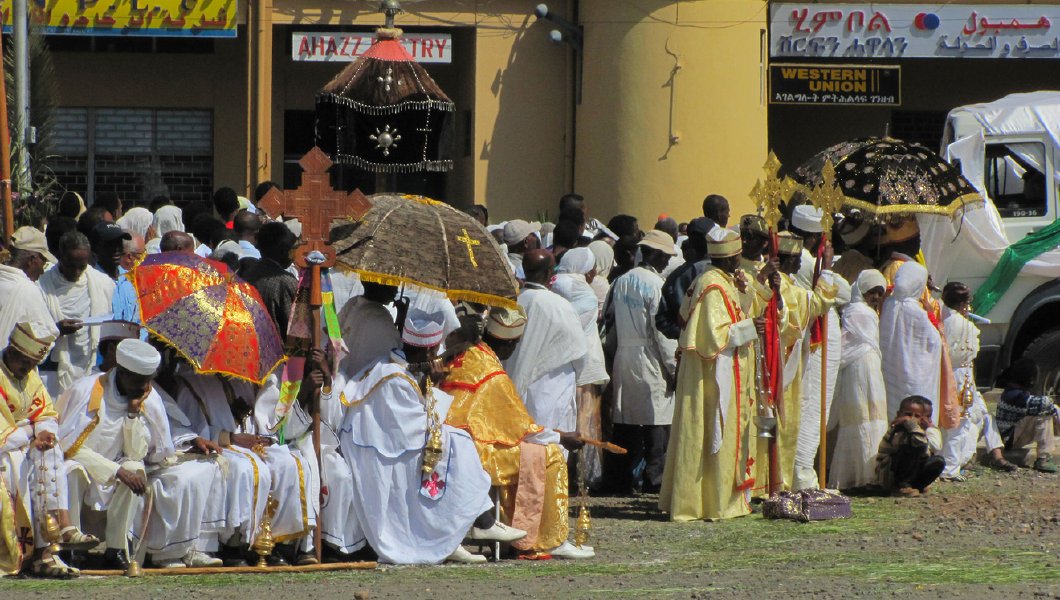 The governments of far too many countries persecute their citizens, including one we hear too little about: Eritrea. Those who know the character of the Eritrean government and its president, Isaias Afwerki, refer to the regime as the “North Korea of Africa.” A fitting moniker.

This week, Eritreans celebrate the holiday of Meskel, commemorating the finding of the True Cross. The head of the Eritrean Orthodox Church, however, will celebrate this holiday as he has for the past 10 years – under house arrest suffering from severe diabetes, imprisoned for his beliefs.

It is for this reason that the U.S. Commission on International Religious Freedom, on which I serve, has recommended since 2004 that the State Department designate Eritrea as a “country of particular concern” for its systematic, ongoing, and egregious violations of religious freedom. For the same reason, the State Department has indeed taken our advice and applied this designation every year since, most recently in October 2016.

One man’s story provides a prime example of Eritrea’s violations of religious freedom. For more than ten years, 90-year-old Patriarch Abune (or “Father”) Antonios of the Eritrean Orthodox Church has been denied due process and refused vitally needed medical care by the government. He is being unlawfully detained, having been earlier unlawfully removed from office.

The “crimes” for which Patriarch Antonios has been detained include his calling in 2005 for the release of political prisoners, and his refusal to excommunicate 3,000 church members who opposed the government. Because of his principled stance in a dictatorship, the government removed him as leader of the Church, illegally replaced him, and since 2007 held him under house arrest.

He has been seen in public only three times since then, including at a mass this past July during which he was prohibited from concelebrating or speaking to his congregants. When it was over, he was promptly was placed back under detention.

Now that we know Patriarch Antonios is alive, it is vital that we focus on working to set him free. To that end, I now work on his behalf as part of USCIRF’s Religious Prisoners of Conscience project.

On paper, the Eritrean constitution provides for freedom of thought, conscience, and belief. In truth, no such freedoms exist. In fact, there are very few legal protections in Eritrea. Thousands of religious followers are detained and held in the harshest prisons, subject to cruel punishment and torture.

President Afwerki and the Popular Front for Democracy and Justice maintain absolute authority. Thousands of Eritreans are imprisoned for real or imagined opposition to the government. In 2015 and 2016, the United Nations documented extensive use of torture and forced labor, including against religious prisoners of conscience and in 2016 found “reasonable grounds to conclude” that the government has committed crimes against humanity.

There are no private newspapers, political opposition parties, or independent nongovernmental organizations in Eritrea. The government requires all physically and mentally capable people between the ages of 18 and 70 to fulfill a full-time, indefinite, and poorly-paid national service obligation. Those who refuse are reportedly detained, sentenced to hard labor, abused, and have their legal documents confiscated. Conscripts cannot practice their religion and are punished severely if they are found with religious materials or participating in religious gatherings.

What should the U.S. government do going forward? Aside from designating Eritrea as a Country of Particular Concern and maintaining the existing arms embargo against the regime, our government should use bilateral and multilateral diplomatic channels to urge the Eritrean government to release unconditionally and immediately detainees held because of their peaceful religious activities, including Patriarch Antonios; and to repeal oppressive registration requirements for religious communities.

Thirteen years ago this month, Eritrea was designated a CPC and placed on a list which, in an ideal world, would not have to exist. Along with my fellow commissioners, I look forward to the day when Patriarch Antonios is free and Eritreans experience robust religious freedom.

Father Thomas J. Reese is a commissioner on the U.S. Commission on International Religious Freedom.