Putting the spotlight on defending the sovereignty of Eritrea 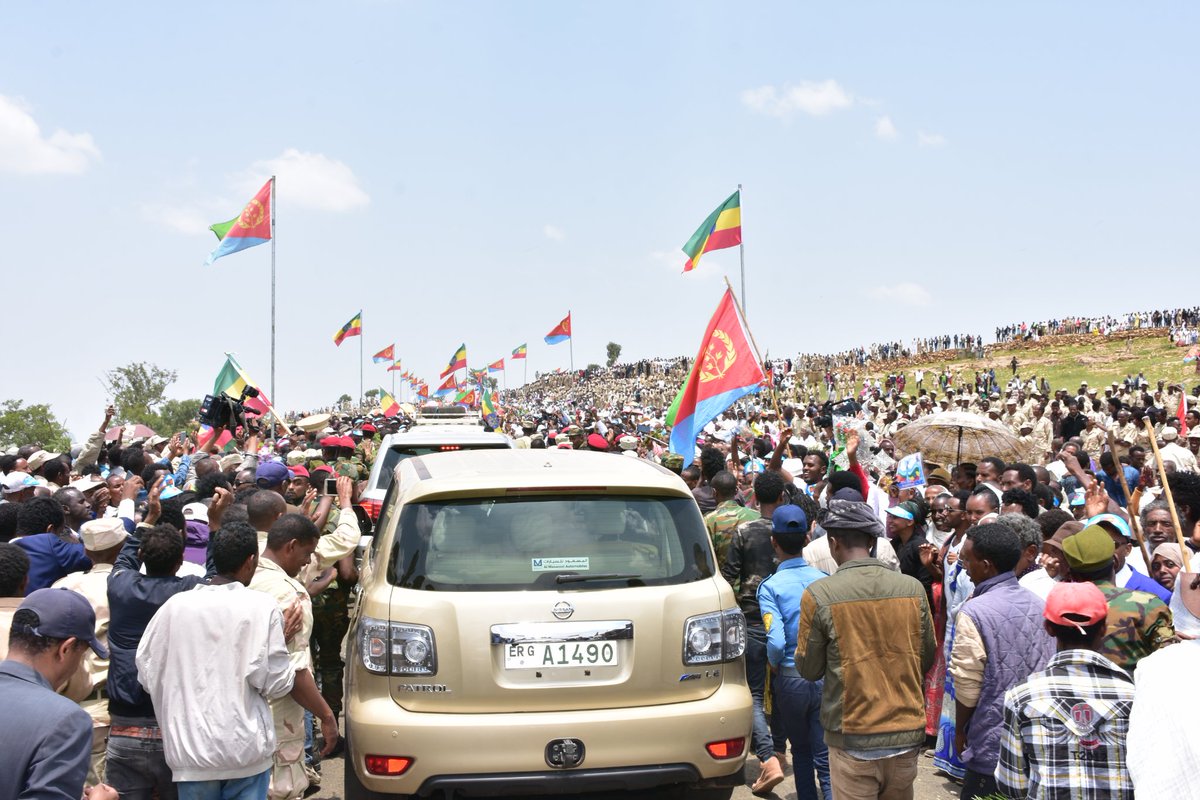 Putting the spotlight on defending the sovereignty of Eritrea

First let me congratulate the brotherly/sisterly people of Tigray and their vanguard TPLF for celebrating the 45 years anniversary of the beginning of their armed struggle.  The TPLF defeated  the military Junta (the Dergue)  led by of Colonel Mengustu Hailemariam and brought to an ended the Ethiopian feudal Empire that was built on the total power of the Amhara ruling class over other nationalities.  This victory heralded a new era of self-rule and equality to the oppressed nationalities in Ethiopia. Although other liberation movements such as EPRP, OLF, Sidama Liberation Front, the Ogaden National Liberation Front, Hailu Fida’s MEISON and the Eritrean Liberation Front  contributed a lot to the downfall of the Dergue, it was the combined military offensive of EPLF and TPLF that finally defeated the heavily armed regime in Ethiopia.

As I started to write my article I listened to interviews by Haregu Keleta of ERENA with some Eritreans regarding the speech Dr Debrezion gave during the celebration of their 45 years anniversary.  Dr Debrezion expressed, not for the first time, his unreserved welcome to the Eritrean refugees in Tigray. This time he mentioned the Eritrean army saying “this is your home.”    One commentator said this statement is a call to the Eritrean army to surrender. He expressed that the TPLF has an evil design on Eritrea. His narrative can be taken that Tigray is no friend of the people of Eritrea. All these nonsense talk is out of context. The reality on the ground is different. We should not cheat ourselves; members of the Eritreans army do cross the border to Ethiopia and the Sudan as refugees. And to this day they continue to do so. They don’t need Dr Debresion to tell them to come to Ethiopia. It is an insult to their intelligence.  They are just running away from a brutal regime.

We have some Eritreans suffering from a sense of loss and fail to acknowledge the help the Tigreans are rendering to the Eritrean refugees. In their time of darkness they treat them with kindness.  But the show is polluted by bad language against TPLF/Tigray. This remark is unnecessary and is offending   Eritreans living in the border areas with Tigray.  The world has watched when both Eritreans and Tigreans   expressed their joy and happiness as they warmly greet each other when the border was opened after 20 years. Although it was for a short time only, Eritreans have benefitted from buying commodities at a much cheaper price to that in Eritrea. Witnessing this rendezvous the Just seekers in Diaspora who are talking from their comfort zone should realize that the Eritreans living in the border area have much greater stake in peace more than the rest of us. And they will oppose such anti-peace statements. A group of people from Senafe area did that on the social media. In addition peace and friendship between the two neighborly people could be a bridge for peace between Eritrea and Ethiopia in total. In building peace it is the language of peace that must prevail.

On the other hand in the interview there were rational voices such as that of Elen Tesfagiorgis from Yiakle Washington and Temesgen Kahsai – who took the words of Dr Debretzion as genuine.   Temesgen Kahsai is a mature nationalist journalist by any standard and has shown competence in assessing the present situation. On the other hand, it is an advantage for Tigray to be friends with Eritrea. They don’t want to be encircled by PFDJ.  People speculate that the recent visit of Dr Abiy and the Minister of Defense Lemma Megersa to Asmara was about Tigray.  TPLF has become an obstacle to replace the Federal system by Prosperity party the brain child of Dr Abiy Ahmed. It is therefore a question of mutual survival.

Genuine cordial relationship between Sovereign Eritrea and Tigray region of Ethiopia would contribute to the stability of Ethiopia. It is a bridge to   reach to the rest of Ethiopia. (More on part 2).

In this moment in time putting the spotlight on defending the sovereignty of Eritrea is the priority.

As the geopolitics of the horn changes, we Eritreans must move with it harnessing our energies and ways of thinking to ensure the sovereignty of Eritrea. Isaias is working in slow motion to give away Eritrea to Dr Abiy Ahmed’s Ethiopia. The people of Eritrea did not get peace divided. Eritrean prisoners of conscience are not released, indefinite national service, slave labor and other forms of human rights violations continue unabated. On the contrary Isaias and Abiy have become allies in the unholy mission to kill the Eritrean sovereignty and to crash the TPLF. The TPLF is spearheading the fight to defend the federal system.  In his address to the people of Eritrea on 7/02/20 Isaias declared he will support   Dr Abiy in his bid to abolish the federal system? This is a betrayal of the revolution in Ethiopia championed by the Haile Sellasie University progressive students union in Addis Ababa in the end of 60th and early 70th. The revolution was anti-imperialism, anti colonialism and anti-feudalism. Feudalism is the system that perpetuates oppression of nationalities in Ethiopia. This gave rise to the right of self-determination including secession.  That is why Oromo professionals mostly doctors sent strongly worded letter condemning Isaias talk against the Federal System.  Many Ethiopian social media have spoken out against Isaias and also have broken their silence of the gross human rights violations in Eritrea. The outspoken politician Ledetu Ayalew   and Jewar Mohammed – who runs the powerful Oromia Media Network (OMN) that played a leading role in the Oromo youth (Kero) uprising were among many political analysts who condemned Isaias and reminded him to take his hands off TPLF.  Ledetu said unequivocally the case of TPLF is an Ethiopian case and not Eritrea. Isaias is reckless who can go to war easily. For him the life of the people of Eritrea does not matter.

We Eritreans need peace more than any others because it is the lack of peace or the excuse of it that is ruining our country and destroying the fabric of the Eritrean society.  Peace does not come by itself we have to build brick by brick. We should not live in the past. Peace is about forgiveness and reconciliation. However we have to express our kind of peace that honors our sovereignty and protects the wellbeing of the people of Eritrea.  We are becoming too reactive to what has been said about Eritrea by Ethiopians.   We have to be pro-active and put on the table our terms of peace clearly. One of the terms is to honor the sovereignty of Eritrea.  This is the responsibility of organized bodies representing the justice seekers.  In this case professional people or   Think Tank bodies can be assigned to package the terms in a professional way.

In this extremely challenging period we need an ally and it is the TPLF. In spite of the avoidable Ethio-Eritrean destructive war of 1998 and the deportation of thousands of Eritreans from Ethiopia, the TPLF has never doubted the sovereignty of Eritrea.  And we know if Abiy and Isaias managed to defeat the TPLF then the Eritrean sovereignty will be at risk. Tamrat Negara said “we have to thank Isaias for making Eritrea weak” It is easy to invade Eritrea today; you can do it as you brush your teeth”. General Tzadkan said “it is a matter of time before the Port of Assab is owned by Ethiopia”.   This is not a mere wishful thinking, many Ethiopians wanted it badly. However, we have to differentiate between independent individuals and   Government spokespeople.

In conclusion let me express my Congratulations to the Eritrean Women in London celebrating the international women day. It brings back the fighting spirit of women during the long years of armed struggle.   It is profoundly   inspirational and successful. Women are ethically sensitive less likely to be corrupt. Once they rise up they could do wonders they are the nucleus of the Eritrean society.