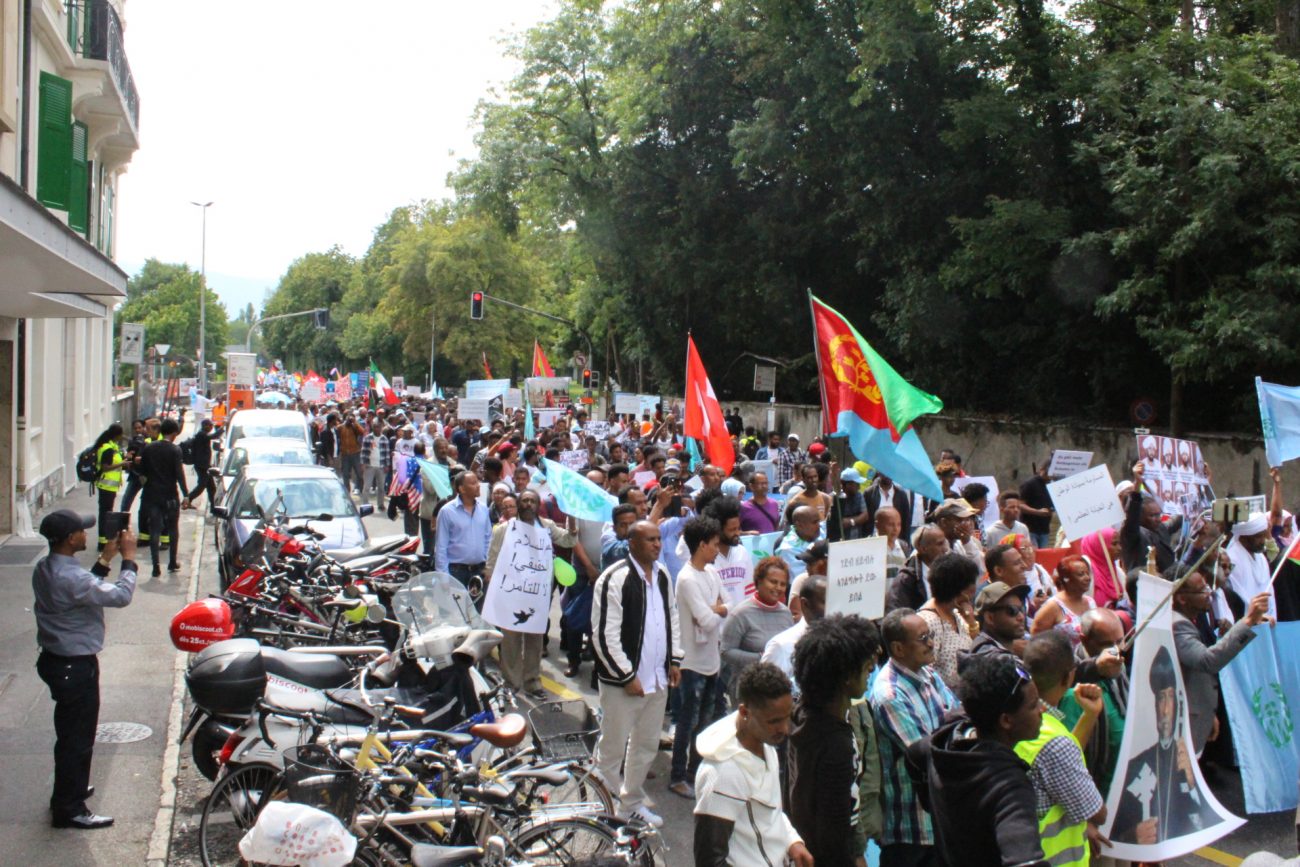 Press release on behalf of the Eritrean Diaspora Geneva Demonstration

Organizing Committee and the secretary of the meeting

The organizing committee understands the demonstration of the 31st August as historic event clearly revealing the patriotic spirit of Eritreans and their resolve to attain peace, justice and human dignity for their people.

As we remember, the aim of the demonstrations was to welcome the new political development between Eritrea and Ethiopia and to demand justice and liberty to the Eritrean people. We welcome the encouraging change of stance from the current Ethiopian Prime minister and his government’s readiness to peace. We further appreciate the constructive response from the Eritrean regime, since finding a solution to this vital issue of “no peace, no war” situation will be a main feature that could lead both countries towards harmony of political and economic neighborliness. The border should never have been a cause of such destruction to brotherly people who instead should have focused on joining hands in a fight against poverty and ignorance.

The meeting underlined the importance of the demarcation of the border so that the countries can focus on solving other political problems at home.

The demonstrators handed a letter to the President of the Human Rights Council, Ambassador Vojislav Šuc about the Eritrean regimes abuses of civil and political rights.

The participants now requires that when the Eritrean and Ethiopian governments officially declare peace, the people of Eritrea are obliged to focus on the following outstanding issues;

The participants of the 1 September meeting decided to elect the following seven members as a task force with the mandate to create a conducive platform to elect an ad hoc committee which will work to gather all Eritrean political forces to discuss different solutions.

Glory to our martyrs and victory to the people of Eritrea!