Patriot Seyoum Tzehaie: Imprisoned for being a journalist

Eritrean Journalists cut in the Bud - the case of seyoum Tsehaie By Petros Tesfagiorgis 23 September 2016. Network of Eritrean women carried out “Taped mouths protest for the jailed prisoners of conscience in front of the 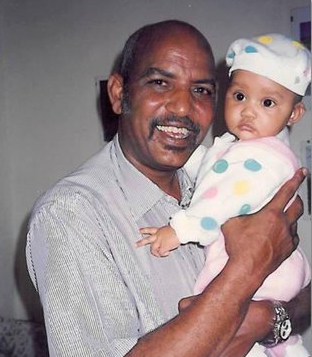 Eritrean Journalists cut in the Bud – the case of seyoum Tsehaie

23 September 2016. Network of Eritrean women carried out “Taped mouths protest for the jailed prisoners of conscience in front of the Kings Cross Train Station – London. The silent vigil which started at 3.00pm and lasted over an hour was part of the world wide commemorations of   the day (18 September 2001) the top Government officials known as G-15 and the editors of private newspapers were incarcerated without trial and remained in communicado   for over 15 years.  The vigil is to expose the regime who wants the world to forget these innocent prisoners and hide its crimes.

There was many media outlet to cover the vigil.  “The one World News” wrote with the title “taped mouths protest for jailed Eritrean Journalists.”  The reporter Daniel Nelson has said it will be added to the events page of One World News. Leaflets were being handed over to by passers.

The case of the G-15 started during the PFDJ central committee meeting after the Ethio-Eritrean senseless war stopped. At the CC meeting issues were raised to move on with the delayed implementing of the constitution and carry out nationwide election.  The move was supported by the majority including Isaias Afeworki the president.   At that meeting Mahmood Sheriffo, the second man to the president, was appointed to chair a committee of lawyers to draft bylaws that govern the formation of political parties.  It was agreed that PFDJ congress was to take place in the first quarter of 2001 and nation-wide election at the end of 2001. This move would end – the provisional Government of Eritrea- and a government endorsed by the people would be installed. There was no doubt Isaias as head of PFDJ would have been elected.   However Isaias was not genuine he just wanted to buy time to sabotage the move which he did by imprisoning members G-15 and the journalists and turned himself into  dictator.

At that time I was a member of a local human rights organisation called Citizens for Peace in Eritrea (CPE). We were concerned about the differences between those who wanted to implement the constitution and the reluctant President.   We contacted Aboy Sunabara Mohamed Demena- a respected business man, the manager of Satae Bus Company and other elderly Eritreans to approaches both side to reconcile.

But things got ugly. To my dismay on the morning of 18 September 2001 at 7.00 am I heard on the radio of the imprisonment.   At that time I was washing to go to my work at the Commercial Bank of Eritrea. My knees could not support me. My whole body was shaking, slowly I went back to my bed and sat. I was overwhelmed with anger, frustration and hopelessness.

I did not go to the Commercial Bank of Eritrea and face the staff there.  Instead I went to a tennis court the “Asmara tennis Association”, to be alone, to reflect and cool down my emotions and frustrations. To my surprise, I met there many people like me, their face turned into ashes. They were confused and saddened.  There was very little talk, it was sombre silence, a sign of defeat. What is happening to Eritrea?  What about the dreams of a better life for the people?

Later in the day when I drove back to town centre I heard the editors of the private newspapers were also hunted down and jailed.  I went mad, why?  Isaias may think that the G-15 are competitors to his power. But why the journalists?

The young journalists cut in the bud: The case of Seyoum Tsehaie:

The independent papers in Eritrea became the voice of the people. People were queuing to buy them at 6.00 am. With the journalists jailed and private newspapers banned, the light of freedom of expression that was shining on the Eritrean people for some time was extinguished. Darkness fell in Eritrean. The lies and disinformation by ERI-TV replaced that of the private sector. ERI-TV became unchallenged, a monopoly,   and the real reason of the incarceration has been kept hidden from the Eritrean people.

I like to share with the readers my experience with one of the journalists,   Seyoum   Tsehaye. He is   the uncle of Venesa Berhe, the brain child of the silent vigil.  She started a project called a day with Seyoum Tsehaye and did a lot of campaign for his release. A story of one of the journalists mirrors the abuse of human rights in Eritrea by the regime. These illegally imprisoned people, the cream of the Eritrean society, have families to take care. Seyoum’s daughter, shown in the picture, is denied the opportunity to grow up with her loving dad.  The families the journalist left behind are damaged and yet the perpetrators remained unpunished.

I came to know Seyoum Tzehaie when I went to see his photographic exhibition in Ambasera Hotel in Asmara in 1995.   Mostly it was taken in the liberated areas of Eritrea in Sahel. They were images of fighters during their daily activities and in the processes of fighting. It was of doctors while treating the wounded in camouflaged hospitals.  Mechanics, men and women, in underground workshops.   The Ethiopian Military regime headed by Colonel Mengustu Haile Mariam- had an air superiority. A lot of movements which requires travel by land cruisers or Lorries were carried out during the night. The author of the book “Women in the struggle” Amrit Wilson – partner of Abdulrahman Babu- a great friend of Eritrea – has subtitled her book the “Challenge Road” after she travelled on Lorry without light at night in Sahel.

One photograph of a 7 years girl – in a traditional dress – in a catwalk position attracted my attention. As I got closer I found out it was my daughter, Segen,   whom I love and missed her very badly. It was an exhibition in London and Eritrea has a stand where art facts and other materials were displayed. He was the photographer.   The exhibition sums up Seyoum’s    photographic spirit and brilliance. I introduced myself to him and became friends ever since.

Seyoum was demobilized from PFDJ and became a columnist with a private Newspaper.  After some time I was impressed with one article on the private paper “Setit”.  It was an interview with a woman fighter. He asked her how her life changed since independence.  How she was doing?  She said it was not what she expected. The women fighters were not helped to build their life as civilians. Help to integrate them with the wider community is practically nil. She expressed   her frustration.  Her words had a profoundly honest ring, for they rest on her own life experience.  A powerful narrative focussed upon the deepest problems of all the ex- women fighters, the heroines of the revolution. Sadly, today, many are refugees here in UK unable to live in a country they have liberated. What a shame.   Seyoum   was able to view the ex-fighters condition with compassion.

One day, over coffee,   he told me he is just a columnist he is looking for a regular job. I told him you got one. At that time, Citizens for Peace in Eritrea (CPE) was looking for a photographer.  I was eager to take advantage of his photographic skills combined with journalism.

However when I went to the Ministry of Information I was refused to get him a pass, a permit to travel to the place where the internally displaced people (IDPs) are camped.  Instead I was offered a cameraman from the ministry of Information free of charge. It was very difficult for me to break such news to him.  Anyway, I went ahead and told him. He said “I know they wanted to punish me and keep me poor – they don’t want to let me work in my profession and earn some money for a living.”  He was cool and composed when he was talking. I was amazed to see such a humble fellow in the sea of arrogance on the part of other fighters assigned in government posts incompatible with their educational background or work experience.

After some days – during the witch hunt – Sunabara Mohamed Demena   and Ali Abdu (the father of Saleh Younis of Awate.com) were jailed and many other elderly people were visited by security forces and warned to keep their mouth shut.   It is tragic that imprisonment has become the fate of those who attempted to mediate.  I knew I might have been the victim of the witch hunt, because of my publication of critical articles in the papers. Fortunately CPE was invited for a conference at the Hague/Holland in December 2001. With the excuse to attend the conference, I left Eritrea for good.  With the jailing of journalist the Eritrean people became voiceless.  The power of the ordinary people to express their view was taken away.

The Diaspora justice seekers have pledged to take the responsibility of being the voice of the voiceless.  But it has been more of rhetoric than action. As of recent, the situation is changing. Some activities are taking place but to achieve success there should be planned coordination.

The Global Initiative to empower Eritrean Grassroots Movement is very interesting. However, as the global movement is being built the more urgent advocacy activities must be strengthened.  e.g. to support activities that expose the human rights violations as we have seen in the Dutch Parliament debate to channel aid to refugees in refugee camps through UNHCR. The advocacy of Prof Mirjam Van Reisen has helped a lot. This must be strengthened as well as in the case of the United Kingdom to coordinate activities with (All Party Parliament Group for Eritrea) APPG and Eritrea Focus.