From: Oromoo Scholars and Professionals USA, Canada, Europe and Australia Contact email: Gareemou@gmail.com February 28, 2020   Mr. Isayas Afewerki President of Eritrea Your Excellency, We, the undersigned Oromo scholars and professionals, write this letter to you to express our disappointment in your 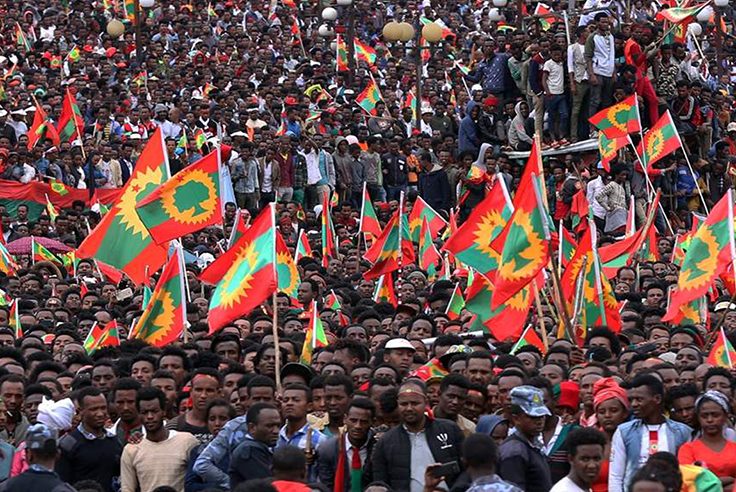 From: Oromoo Scholars and Professionals

We, the undersigned Oromo scholars and professionals, write this letter to you to express our disappointment in your recent position on events in Oromia and Ethiopia as expressed during your February 08, 2020 interview on Eritrean Television. These views reveal perverse readiness to intervene in the internal matters of our country and are hostile towards popular demands to democratize Ethiopia.

Eritrea’s relationship with the Oromo has been mostly positive, peaceful, and complementary. Oromos and Eritreans have shared similar history and politics. Until Eritrea’s independence in 1991, the people of both nations had suffered under successive repressive regimes that ruled Ethiopia and fought on the same side to dismantle the oppressive system. Oromia was home to hundreds of thousands of Eritreans during the reigns of Haile Selassie and Mengistu Hailemariam. Just as many Oromos, if not more, have established unbreakable social ties with Eritreans. Many of the signatories to this letter have Eritrean friends and colleagues, including members of your cabinet.

Onesimos Nesib, a native of Oromia who translated the Christian Bible into the Oromo language, a saint of the American Lutheran Book of Worship, and known to be the pioneer of modern Oromo literature was freed from slavery to attend the Imkullu Swedish Evangelical Mission near Massawa, Eritrea. Prof. Asmerom Legesse, an Eritrean, has made significant scholarly contributions to the knowledge of the Oromo Gada system as an indigenous socioeconomic and political institution. Tesfaye GebreAb, an Eritrean writer who was born and raised in Oromia, is loved and admired for his penetrating works on the plight of the Oromo people. His book, YeBurqa Zimita, is a best seller narrating Oromo traditions and political deprivations.

It is these social and individual connections that are once again at stake because of your imprudent and uncalled for stance, as expressed in your recent interview, on a matter that is non-negotiable to the Oromo people. These actions and the social media posts by a prominent member of your cabinet have indeed offended our people.

We are mindful of the rough patches in our longstanding relationship, moments that offer opportunities to reflect upon. In 1991 when Oromia fell under the control of the Tigrean People’s Liberation Front (TPLF), Eritrea sided with the TPLF attacking Oromo freedom fighters across the country. It was a sad and bitter moment for Oromos, especially given the fact that much was expected from Eritrea that just acquired its freedom from the same oppressive empire after decades of bloody struggle. Ironically, within just few years, the TPLF also betrayed Eritrea, provoking the infamous war of 1998 in which about 70,000 innocent lives perished from both sides. Eritrea’s political stand of 1991 cost Eritrea tens of thousands of lives, and a portion of Eritrea’s land, which is still occupied by Ethiopia. For Oromos, Eritrea’s historic mistake of 1991 cemented 27 years of untold misery under TPLF brutal rule. Eritrea later seemed to have admitted its wrongdoing and supported the Oromo struggle against the TPLF regime. Although some may think that the support was too little too late, it was our hope that the renewed understanding would create a lasting peace between Eritrea and the people of Oromia as well as Ethiopia. In this sense, the support carried great hope with a profound meaning. This indeed is exactly why your recent interview has become quite shocking to many Oromos, once again violating our tenacity of hope.

Your interview has three points that vividly demonstrate your government’s hostility towards our people:

It should be evident to you and your government that a democratic multinational federation is the minimum bond that permits the existence of Ethiopia as a country, from which your young country stands to gain. Your disregard of this fact becomes a direct expression of a desire for the disintegration of the country. Your open expression of apparent readiness for military intervention is an ostensible declaration of war to once again buttress dictatorship in Ethiopia; a troublesome diplomacy to say the least. We worry that a destabilized Ethiopia becomes prone to vindictive intervention in internal matters of Eritrea at another time, planting endless cycle of conflicts. Your hostile policy towards Oromia, combined with unhealthy relations with the regional government of Tigray, plants a dangerous seed that could one day grow into a vicious conflict that could engulf the entire region. Your objection to federalism in Ethiopia also sounds hypocritical, given the fact that as a leader of the Eritrean liberation war, you refused to federate with Ethiopia and led your country’s bloody fight for independence. Such lack of principled stance on a matter pertaining to human freedom and dignity is tantamount to forfeiting the very ideals that validated Eritrea’s independence.

It is hard to imagine that there is a reasonable Eritrean who doesn’t agree with us, that a federated and democratic Ethiopia guarantees peace and stability with Eritrea. After all, it is the Oromo youth, the Qeerroo/Qarree that paid the ultimate sacrifice to bring about the changes that PM Abiy uses to create noble diplomacy with Eritrea. On this ground, it remains puzzling why your government started promoting hostile policy against our people at a time when Oromo national demand has crystalized as a formidable political force in the country. It defies any logic that when most Ethiopians have encapsulated their dream for Ethiopia’s unity as a component of their rights and collective identity, i.e., federalism, you appear to stand on the contrary. It behooves your government to reveal any conceivable reason why young Eritreans should march to Ethiopia to die or kill for a matter that they can neither stop nor change, to leave another historic scar that may one day backfire precipitously.

In closing, we would like to stress the need to nurture relations between our peoples, value opportunities that have arisen to build a lasting peace in the region and learn from history not to repeat costly mistakes of the past. To this end, we call upon you and your government to: