JOHANNESBURG - Old alliances between North Korea and several African nations forged at the height of the Cold War will not be swept away easily. While threats from the United States and UN sanctions have forced 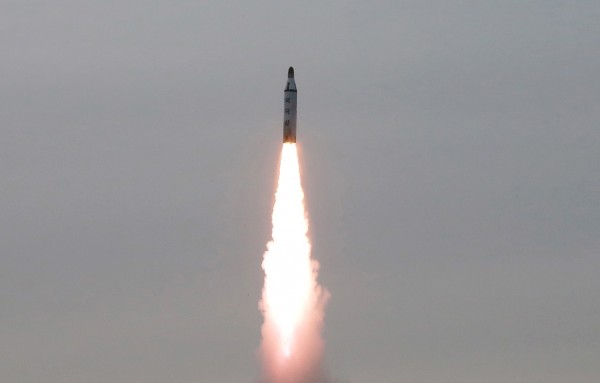 JOHANNESBURG – Old alliances between North Korea and several African nations forged at the height of the Cold War will not be swept away easily.

While threats from the United States and UN sanctions have forced many governments on the continent to keep their distance from Pyongyang, the links are not yet confined to the past.

For watchers of North Korean leader Kim Jong-Un’s regime, the country’s presence on the African continent is unmissable and the hermit nation continues to benefit from discrete but vital relations.

Statues and Stalinist-style palaces of questionable aesthetic value made by North Korean artists have sprung up in many cities including Dakar, Windhoek, Maputo, Harare and Kinshasa.

But cooperation between the regime and African governments goes much further than construction projects.

Experts estimate that economic ties between Africa and the Democratic People’s Republic of Korea (DPRK) are worth around $200 million (85 million euros) annually.

Despite sanctions levied by the UN in 2006 in response to its nuclear weapons programme, North Korea’s military cooperation with its allies on the continent is strong.

“A number of countries appear to maintain close relationships with the DPRK,” said Graham Neville, an analyst at the London-based international affairs think-tank Chatham House.

“More than half of the countries in Africa — around 30 — engage in some form of trade with the DPRK.”

Arms sales, which are strictly prohibited by the terms of the sanctions, have drawn the ire of the international community.

According to the document, North Korea has agreed to supply light weapons to Eritrea and Democratic Republic of Congo, surface-to-air missiles to Mozambique, modern missiles or radar systems to Tanzania and to train security forces in Angola and Uganda.

The authors probed two North Korean companies active in Namibia — Mansudae Overseas Project and Komid — which constructed the new headquarters of Windhoek’s spy agency, as well as a munitions factory.

Pyongang’s largesse should come as no surprise. Since Africa’s wars of liberation, North Korea has sought to befriend Marxist regimes on the continent.

“During the Cold War, North Korea gained a reputation for providing useful training for African militaries,” said Samuel Ramani, an Oxford University specialist on the world’s most reclusive nation.

In the most notorious case, Zimbabwe’s president Robert Mugabe called in North Korea to train the infamous Fifth Brigade, which is accused of killing around 20,000 minority Ndebeles in the 1980s.

Kim Jong-Un’s provocative run of missile tests and nuclear experiments have finally persuaded some of Pyongyang’s African backers to step back.

Sudan has cut ties with the DPRK, while Uganda expelled North Korean military advisers and pledged to enforce the latest round of sanctions.

Tanzanian foreign minister Augustine Mahiga said recently that the country “had scaled down diplomatic relations to the minimum.”

Lack of a colonial past

Namibia has also vowed to scrap all of the contracts it signed with companies tied to Pyongyang.

“Even their nationals are sent back home. It’s over,” minister for the presidency Frans Kapofi told AFP.

And as many as 150 North Korean guest workers were recently asked to leave Angola, with officials insisting their contracts had expired.

“It doesn’t mean we sever our ties with North Korea. It’s an ally that has historically been with our country,” said foreign minister Manuel Augusto.

A spokeswoman for Mozambique’s government vowed to “work with the committee of (UN) experts set up to better understand any issues”.

But in their recent report, the UN’s experts found that it had “not yet provided a substantive response to this panel inquiry”.

Mozambique is not alone, despite the mounting pressure from the United States, the European Union, Japan and South Korea.

China’s reticence to definitively turn its back on its long-time ally appears to have sent conflicting signals to Africa’s governments.

North Korea is clearly a long way from losing all its major African allies.

“The DPRK’s lack of a colonial past and their willingness to stand up to ‘Western oppressors’ is undoubtedly admired by some African governments,” said Neville, the Chatham House analyst.

“Doing business with the DPRK could be attractive to some African countries because economic engagement is not conditional on governance and accountability reforms.

“This is especially true in terms of armaments and military equipment,” he added.