Araya Debessay Dear Organizers of the Toronto Festival for Unity, Reconciliation and Justice. The themes of the Festival of Eritrean-Canadians in Toronto on July 1, 2017, is admirable.   Organizing such a huge event is not an easy 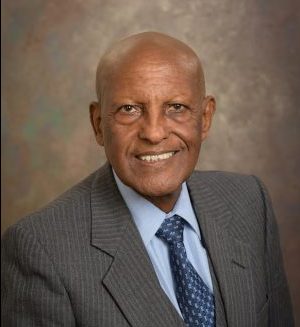 Dear Organizers of the Toronto Festival for Unity, Reconciliation and Justice.

The themes of the Festival of Eritrean-Canadians in Toronto on July 1, 2017, is admirable.   Organizing such a huge event is not an easy feat.  You should therefore be congratulated for the initiative you have taken to organize Festival whose goal is “unity, reconciliation and justice”. I sincerely wish you success on your endeavors.  And I regret that I am not in a position to join you in this Festival due to a freak accident that has temporarily limited my mobility,

Unity is the key factor.  If Eritreans in the Diaspora unite, there is no doubt that we can be an effective catalysts for bringing about fundamental changes that will end the suffering of the Eritrean people.  Hence, it is my sincere hope that the Festival will work out a common understanding of unity that is goal oriented. The goal being to end the suffering of the Eritrean people in the shortest possible time. It is not an exaggeration if we say, our country is at the brink of “Aferkubu.” It is therefore vitally important for the Festival participants to focus on the issues that unite us so that we can together save our people and our country. I hope you will agree with me that the only option we, the justice-seeking Eritreans have at this time is to implement the election of grassroots-based Global Leaders, as the most expedient, all-inclusive and democratic process of ending the misery of our people. To this end, I urge you to follow the footsteps of what our Eritrean brothers and sisters in the UK have done.  They have created baitos in cities and localities where there are critical mass of Eritreans and elected their local leaders. As the next step all the elected local leaders met and elected leaders who will represent the justice-seeking Eritreans in the UK.  The elected leaders are legitimate leaders who have the mandate to represent all the justice-seeking Eritreans in the United Kingdom.  With the legitimacy they have, as democratically elected leaders, they will be able to appear on any forum to speak on behalf of the voiceless who are suffering in the country.  To be more effective, we need to expand the UK model in all countries worldwide, a process that will lead to the election of Global Leaders.  This is what we are dearly missing.  The elected global leaders in collaboration with leaders of political parties and elements within Eritrea will quickly bring an end to dictatorship in Eritrea and end the suffering of the Eritrean people.

I am hoping you will discuss the need for grassroots-based Global Leaders at the Toronto Festival and create the mechanism that will pave the way for the election of legitimate leaders of Justice-seeking Eritreans in Canada.  If you could do so, you will give additional momentum to the process of forming Global Leaders. I am pleased that some members of the Global Initiative to Empower Eritrean Grassroots Movement (GI) will be attending the Festival and it is my hope that they will be given an opportunity to explain the facilitating role of GI.

Reconciliation: I am pleased to note that one of themes of the Toronto Festival is “reconciliation.” No question, all Eritreans, supporters and opponents of the current government love their country and their people.  If we are going to help our people, we should not be divided into “supporters and opponents” of the present government. I venture to say that even the hard core supporters of the government are not happy to see our country the way it is.  If we are going to help our country in the short and long-run, we need to make it clear that we do not have grudges against those who are supporting the current government.  Most of us who are now opposing the government, which includes me, were also ardent supporters of the government, and sooner or  later, if we can only establish an open communication with those who claim to be supporting the government, we will, hopefully, help them understand why we are opposed to the current government, and why they should  join us. At the end of the day, we should follow the South African model for the good of the long term interest of our country and our people.

Justice: The other admirable theme of the Toronto Festival is “justice”.  This theme encapsulates the rationale of those of us who are opposing the current government.  Our people are denied the justice they hoped to have after sacrificing thousands of their sons and daughters and the thousands who have been maimed and handicapped fighting for the liberation of their country. Eritrea is now an independent country as a result of all the sacrifices made.  Unfortunately, the Eritrean people are being denied justice and their basic human rights.  Hence, I am pleased that the Toronto Festival has highlighted the need for “Justice” to the Eritrean people as one of the important themes of the Festival.

Again, I wish you success and I will look forward to hearing positive outcome of your Festival.