Ms. Bronwayn Bruton-Isaias’ New Lipstick- Just another Useful Idiot By Seyoum Tesfaye Atlanta Georgia May 5, 2015  “A good communist finds use for everything, and nothing is more useful than a useful idiot” Quotation attributed to Lenin “The more repressive and 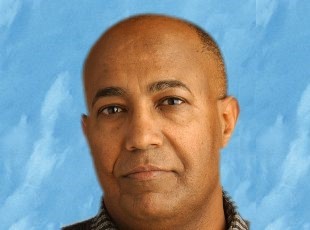 “A good communist finds use for everything, and nothing is more useful than a useful idiot”

“The more repressive and vicious the regime, the more some in the West will strain to find benign intentions in their leaders.”

In my previous writings I have expressed my profound respect for Eastern European intelligentsia who managed to survive, with integrity and a refined sense of purpose, under the brutal totalitarian system imposed on their respective countries by Stalin’s Soviet Union and his local agents- a series sadistic regimes.  I am speaking of Adam Michnik, Vaclav Havel, Jacek Kuron, George Konrad etc.

In spite of the massive repression these educated activists managed to find their sense of purpose and outlasted one of the most virulent totalitarian system mankind has ever seen. They affirmed the fundamental fact that determined intelligentsia anchored on the cause of its people, defending human liberty and standing up for freedom will ultimately triumph over all sociopathic tyrants and authoritarians.

On the contrary, the West has produced some of the most subservient Useful Idiots history has registered and still keeps manufacturing more of them. Stalin, Mao, Castro etc. had their share of well-educated Western apologists- Useful idiots who abandon their conscience to carry a favor for vicious tyrants.  Africa’s post-colonial authoritarians have also managed to enlist their share of Western Useful Idiots in order to airbrush their brutality and addiction to power at the cost of the people’s desire to live in liberty and under rule of law.

The list of Western Useful Idiots that became celebrated apologists for sociopaths like Joseph Stalin and Mao Zedong is too long to enumerate here. The most shameful of all of them was the New York Times journalist Walter Duranty who slavishly served Stalin’s genocidal agenda and the writer Edger Snow who glorified Mao’s destructive policies and actions. These Useful Idiots misused their constitutionally guaranteed freedom of expression to glamorize totalitarianism that destroyed the lives of about 100 million peasants (Russia and China combined).

Since they knew that they always had the freedom to return to their well-established elite middle class life in the West their flirtation with tyrants is, in most cases, another narcissistic diversion for them. For some, their adulation of totalitarianism was a temporary intellectual vacation from the drudgery of democratic societies’ periodic challenges and crisis.  Their misguided escapism from the democratic system that gave them their identity, education and carriers lead them into becoming graduates of Stalin’s and Mao’s disinformation schools. They minimized huge famines, mass deportations, wholesale imprisonment and summary executions of dissenters in their writings and discourses. They established a detestable tradition and now there is a new generation of digitally armed Useful Idiots collaborating and defending inhumane regimes just like their predecessors.

The bigger issue of why some Western Intellectuals tend to be duped so easily by totalitarians, tyrants, authoritarians and dictators is beyond the scope of this article.  But the core message of this rebuttal is: when the intellectual descendants of the early Useful Idiots surface now to pock their dirty nose into the struggle of oppressed people, by upgrading the infamous legacy bequeathed to them by Duranty and Snow, we have the sworn duty to expose their role robustly and unapologetically.

Those who sugarcoat tyranny are to some extent more poisons than the brutal tyrant. In their opportunist interference and subsequent public relation spin the suffering of the people is the last thing they worry about. Sharing meal and microphone with a tyrant is more important to them than hearing the ground level cry of the people. These kind of learned opportunists and defenders of tyranny have to be shamed and checkmated. No mincing of words. No hiding behind diplomatic nuances. We have to spit on their faces (figuratively speaking) and demand that they slurp up what they have regurgitated. The massive suffering of the people demands we raise the ante. We have to rebuke them in the harshest terms possible.

Eritreans in the diaspora have now an opportunity to see an example of a digitally plugged glossy Useful Idiot breaking her back to rehabilitate one of Africa’s most brutal tyrants.  The new lipstick that is trying to beautify Isaias’ draconian regime is Ms. Bronwayn Bruton: – neophyte Useful Idiot who was presented on the VOA program called Press Conference USA on April 24, 2015.

Compared to the seasoned Useful Idiots who preceded her she comes across like a novice PFDJ cadre who has just swallowed the talking point of the regime hook, line and sinker. If she was fluent in Tigrinya Isaiais would have found a replacement to the stress riddled Yemane ( Monkey) who has been downgraded,  in the most practical sense, from  an advisor to a mere mailman every time his sociopathic leader opens his mouth discombobulating his public relation campaign laced with lies and deception.  She should seriously consider learning Tigrinya and applying for a full time job. Maybe, in time, the brutal reality will slap her on the face and wake her up from her hallucination or Isaias will, as usual, bark at her and send her back home packing as a spook from Langley.

Just like a little girl, who had just returned from Disneyland, after having met Mickey, Ms. Bruton was drooling as if she was talking to kindergarten students.  She forgot about the million exiles and refugees of the Diaspora Eritrean community who are VOA’s critical audiences. Except the regime’s full time agents  and an apologist website that postures as a member of the opposition camp,  most Eritreans did not buy into her effort to glamorize the Asmara regime as victim of a misguided US policy fulfilling in her role as unpaid de-facto  (as far as we know) lobbyist for the regime.

Nothing, not even a full sentence, about the massive suffering imposed on the Eritrean people by her newly minted comrade Isaias Afewroki. She skirted question having to do with the tyrant’s ingrained proclivity towards authoritarianism.  She did not ask him when his former comrades languishing in EraEro will be brought to court.  If she had raised this kind of principled questions she would have been ejected out of Eritrea with humiliation.  She was coopted and deployed as another Useful Idiot.

I am not sure who paid for her flight to Eritrea, hotel, meal and Cappuccino expense. If the Eritrean government picked up the tab it did not buy a share in the famous Berkshire Hathaway Inc. Class A. It invested in a penny stock. Ms. Bruton sold her soul very cheap. She went to Africa’s North Korea and came back impressed by how the streets look clean: so to speak. If this kind of regurgitation was to come out of the mouth of the Useless Idiot Dennis Rodman it might be forgiven. But the Deputy Director of the African Center at the Atlantic Council spitting out the regimes’ talking point verbatim is a different level of vulgar opportunism.  A new low for the new generation Useful Idiots:  Lenin, Stalin and Mao must be giggling with joy in their well-furnished graves.

Why should she care if, 24 years after independence, the people of Eritrea are living without a constitution; that there are over 300 newly built prisons and up to 10,000 political prisoners; that the present regime has gone to war with all its neighbors; it has not said a word about Eritreans perishing in the Mediterranean Sea in its media; it has been spouting anti-American rhetoric ad infinitum for the last 15 years; he has sponsored and supported over 25 armed oppositions and terrorists from the region; he still has not returned Djibouti’s prisoners of war  etc.

If she wanted to see both sides of the issue why did not she go to Italy to see the caskets of the victims of Lampedusa and find out why they could not be buried in their homeland? Why did not she go to Israel to find out why the youth are pouring out of the nation? These are serious question that cannot be presented to a tyrant, who was trained by the Chinese Communist Party security apparatchik in the art of How to Build Authoritarian Organizations and political system in his youthful days. The Useful Idiot who was surprised by the tyrant’s allergic reaction to the word “reform” did not dare touch profound questions like democracy and the rule of law just like her intellectual precursors: Walter Duranty and Edger Snow did in their slavish role to appease the tyrants they were serving

Her cardinal sin and unforgivable treachery is that he wanted to confuse the cause and effect of the destruction of the Eritrean people. A thoroughly failed one man “leadership” is the central reason why the State of Eritrea and the Eritrean people are going through so much convolution and trauma. To Chardonnay consuming talking head cause and effect are interchangeable political monopoly cards. Adjusting the thermostat in her office is more important that digging deep to understand the true cause of the suffering of the Eritrean people.  That has been the templet of western Useful Idiots. Nothing is new here.

To Eritrean stakeholders, both at home and in the Diaspora, her kind of Useful Idiots intervening on behalf of a defunct tyrant is a part of the international dimension of our struggle- an added challenge we have to address in a unified way. We have to assume the responsibility with a sense of honor and resoluteness. Never flinching from our responsibilities.

An inordinate amount of resource and energy is being invested by the regime to hoodwink the world through the deployment of Useful Idiots like Bruton about some sort of change (since the word reform is not allowed in the tyrants vocabulary) being in the pipeline. This new disinformation strategy has to be exposed. The national and international useful idiots who function as merchants of this disinformation have to be called on the carpet and rebuffed in the most unapologetic way.

This cannot happen until the elites within the opposition surrender their inflated egos, underhanded machinations, well ingrained tendency to outmaneuver other opposition organizations for temporary advantage over the overriding fundamental joint strategic agendas. Until we manage this endemic curse our activity will be everything the result very marginal. Subjective frailties and shortsightedness are denying us the opportunity to utilizing the very fertile objective condition that our sustained struggle has created. Now we have the added burden of dealing with external Useful Idiots. Ready or not the challenge is present and real.

We are stuck on a political plateau. Without evolving into thoughtful statesmen/stateswomen we will miss the historical opportunity to dislodge the mercenary tyrant and set the political and social conditions that will usher a democratic era in Eritrean history. Here is the reality: The Isaias regime is strategically defeated but tactically working hard to reverse the immense political space it has lost.

The opposition has not been able to ascend, strategically, to a national leadership level with solid unity and a clear transition agenda. Exploiting this temporary weakness Isaias is trying to regroup and create a breathing space by deploying local, regional and international Useful Idiots.  We should take all the oxygen out of his effort to resurface as a know-it-all agent of peace in the region and beyond. No compromise, no retreat, no accommodation with the tyrant and his agents. This is time to stand firm and face the evil that is destroying our people.

Disclaimer:  Opinion expressed in this article is mine and only mine. I take full responsibility for the content and form of the presentation.