Mr. Yemane Gebreab: Hands off the Eritrean Orthodox Church! by Fr. Athanasius Ghebre-Ab Cincinnati, Ohio             Mr. Yemane Gebreab, a high official of the ruling party in Eritrea and who often speaks on the government’s behalf, is touring three 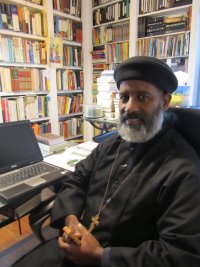 “Righteousness and justice are the foundation of God’s throne” – Psalms 97:2