Nineteen people have been killed and at least 50 people have been injured following an explosion at Manchester Arena which is being treated as a terrorist incident. Footage shows thousands of panicked young people fleeing the 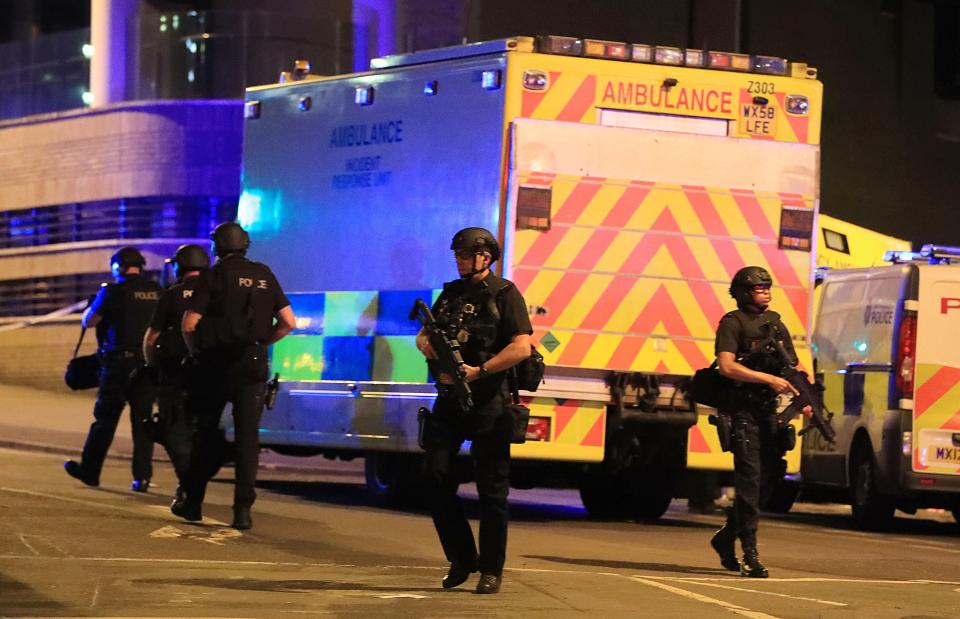 Footage shows thousands of panicked young people fleeing the arena in panic after an explosion went off at around 10.40pm.

Eyewitnesses said the explosion sounds were heard outside the auditorium after the artist had finished her show and left the stage, with people claiming on social media they believed the bangs were a bomb.

A concert-goer named Josh told the BBC there was huge panic and confusion as people tried to flee the arena, some reportedly covered in blood and many in tears.

He said: “She finished her last song .. and we heard like a really basey bang, and all I can remember is just everyone … was just running out… people were covered in blood, some people were having a fight, it was quite scary.”

One fan leaving the concert described how the loud bangs resonated as fans were leaving the venue, which has a capacity of 21,000. It is not known how many people were attending the concert, but the majority of the American pop star’s fans are young people in their teens and twenties.

“The lights came on after the gig and people were starting to leave. As I turned to the left there was an explosion. It was about 40ft behind us near one of the exits. We just thought it was people messing about then it happened again. Another explosion sounded.

“Then we saw the smoke. Everyone just fled. Some people were injured. We saw blood on people when we got outside. People were just running all over the place.

“People have said it was a speaker or balloons but it wasn’t. It was an explosion.”

Majid Khan, 22, said: “I and my sister, along with a lot of others were seeing Ariana Grande perform at Manchester Arena, and we were all exiting the venue when around 10.40-10,45pm-ish, a huge bomb-like bang went off that hugely panicked everyone and we were all trying to flee the arena.

“It was one bang and essentially everyone from the other side of the arena where the bang was heard from suddenly came running towards us as they were trying to exit Trinity Way and that was blocked so everyone was just running to any exit they could find as quickly as they could.

“Everyone was in a huge state of panic, calling each other as some had gone to the toilet whilst this had gone off, so it was just extremely disturbing for everyone there.”