Lorry found in Ilminster carrying ‘people from Eritrea and Kashmir’

An investigation is under way after a lorry containing 15 people, including a 15-year-old boy, was discovered at a service station in Ilminster, near Taunton, police have said. A man from Germany has been arrested on 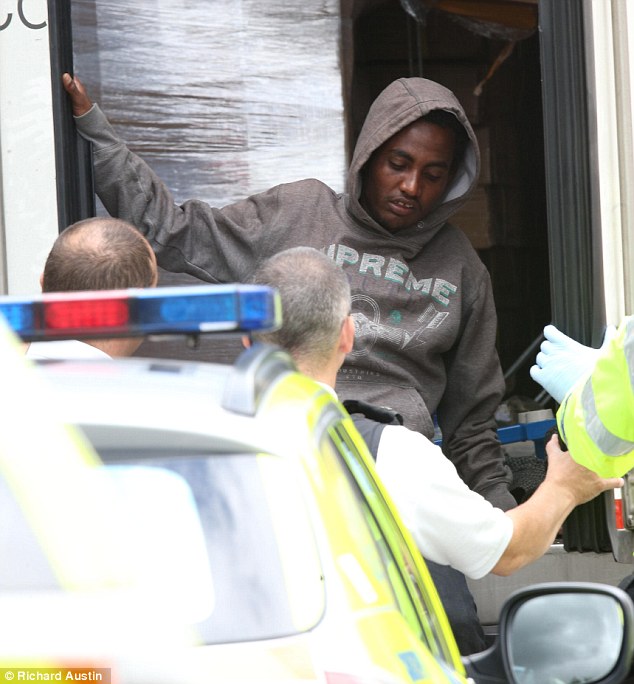 An investigation is under way after a lorry containing 15 people, including a 15-year-old boy, was discovered at a service station in Ilminster, near Taunton, police have said.

A man from Germany has been arrested on suspicion of facilitating the unlawful entry of people into the UK and officers from Avon and Somerset are working with immigration officials following the find off the A303 at Southfields Roundabout at about 1pm.

Police said they received several calls earlier in the afternoon regarding noises coming from the back of a lorry.

The group of men and women discovered on board are believed to be from Eritrea and Kashmir.

They were checked over by paramedics at the scene but officers said there are no on-going concerns over their health or wellbeing.

The lorry, which had originated in mainland Europe, has been seized by police as part of their investigation.

The news comes on the same day that Police in Northern Ireland arrested a man in connection with the death of an immigrant found along with 34 survivors in a container at Tilbury Docks.

Meet Singh Kapoor, 40, from Afghanistan, was found dead inside the container in Essex on Saturday morning.

The 34-year-old man, from Limavady, was arrested just after midday at Banbridge on the A1, Essex Police said. He is being questioned on suspicion of manslaughter and facilitating illegal entry into the UK.

The discovery at Tilbury Docks launched an international investigation. The group of Afghani Sikhs , including 13 children, were found after they were heard “banging and screaming” from within the container.

The survivors, who were treated for severe dehydration and hypothermia, are now in the care of the Home Office after being interviewed by police and are in the process of applying for asylum in the UK.