Letter to Isaias Afwerki: A Call for Justice for all Eritrean Prisoners of Conscience in Eritrea

Letter to Isaias Afwerki A Call for Justice for all Eritrean Prisoners of Conscience in Eritrea We, the family members of Eritrea’s prisoners of conscience, demand the immediate release of the Eritrean heroes. 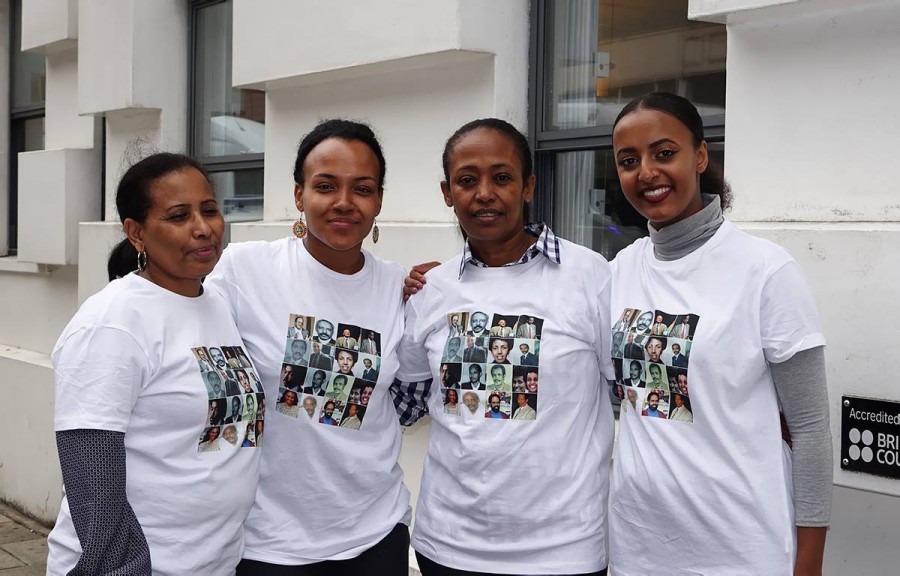 We, the family members of Eritrea’s prisoners of conscience, demand the immediate release of the Eritrean heroes.

We will not forget that our loved ones were taken away from their families in the early hours on 18 September 2001. These fathers, mothers, brothers, sisters, sons and daughters who were prominent national leaders of the Eritrean struggle for independence were incarcerated for sticking out their necks against the direction the country was taking.  Their act of defiance was consistent with the raison-de-entre of the liberation struggle they were committed to since their early youth, in the mid 1960s and early 1970s. The state our country is in now vindicates their worries and concerns.

After 14 years, there has been no response to the call for the release of these heroes and of those tens of thousands of compatriots who still remain incarcerated. Eye-witnesses testify inhuman treatment of prisoners, including, material and psychological torture, lack of any medical treatment, many of them held incommunicado for decades in tiny prison cells. There has not been any statement about their whereabouts, state of health or indeed if they are still alive. Some of their children are left orphaned in today’s “independent” Eritrea leaving them to be looked after by their distraught and elderly grandparents. The effects of these injustices is not only felt by the prisoners, their immediate families; but also by close relatives, friends and all justice seeking Eritreans.

This illegal imprisonment and disappearance has resulted in the destruction of entire families, many fleeing in search of safety in neighbouring countries and beyond. Many family members are still suffering from psychological trauma and depression as a result of what has happened and by the constant harassment and intimidation that they face daily.

Having survived 30 years of war, this was the time when they should have enjoyed normal family lives.  Instead, they have disappeared along with thousands not to be heard of.  Fourteen years is too long!

We call on you to release them all without any delay, we have all suffered long enough.

Families of the detained and disappeared sent a letter to Isaias Afeworki today calling for the release of all political prisoners and prisoners of conscience.   We are also concerned about the fate of the tens of thousands who are incarcerated in hundreds of underground prisons across the country.

Under this illegal regime, no group escapes from Isaias’ crocodile’s jaws: old and young, men and women, ex-fighters and ordinary citizens, sheikhs and priests and religious leaders have all suffered.

On the occasion of the 14th anniversary of the imprisonment of the prominent Eritrean Leaders of the Eritrea’s struggle for independence on 18 September 2001, we call for the release of all political prisoners in Eritrea.

These heroes advocated change for policies to: institute justice, focus on development, recognise political diversity, and ensure cohesion by recognising Eritrea’s diversity.  In a nutshell they called for constitutional government, which puts the welfare of the people at the centre of domestic and foreign policies, and the sovereignty of the people through democratic processes and structures.

that unleashes the people’s potential to build a stable, peaceful and prosperous Eritrea through the exercise of our natural freedom.

Therefore, we call and demand that: