By Jeff Mason and Roberta Rampton | WASHINGTON He is ready for some quiet time, plans to do some writing and intends to give his successor space to govern, at least on most issues. President Barack Obama 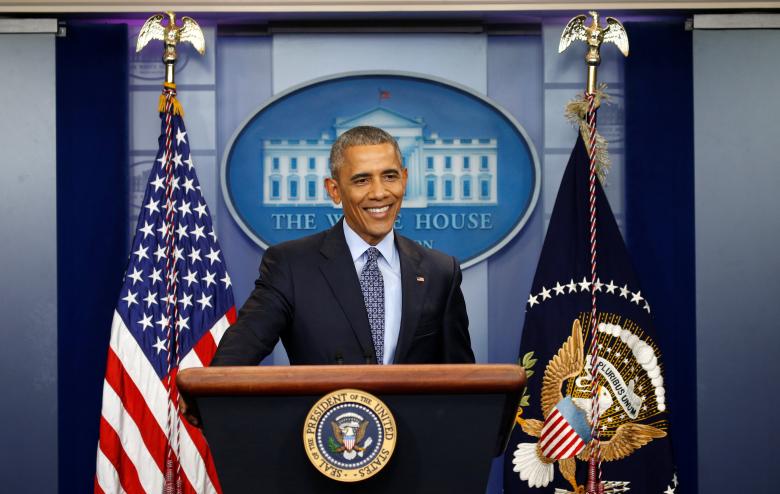 He is ready for some quiet time, plans to do some writing and intends to give his successor space to govern, at least on most issues.

President Barack Obama gave some insight into his vision for life after the White House during a final news conference on Wednesday in which he praised the role of a free press and shared personal reflections on how his daughters had dealt with the results of the 2016 election.

Obama and his family will leave for Palm Springs, California, on Friday after the inauguration of Republican Donald Trump as the 45th president of the United States.

“I want to be quiet a little bit and not hear myself talk so darn much,” said Obama, 55, who wants to write a book during his first year out of office and spend time with his family.

Obama, a Democrat who made history in 2008 when he was elected America’s first black president, has said repeatedly he appreciated the example set by his predecessor, Republican George W. Bush, who steadfastly refrained from weighing in publicly with his views after leaving the Oval Office.

But Obama made clear there were some issues on which he would not hesitate to speak out – issues “where I think our core values may be at stake,” like new obstacles to voting, “institutional efforts to silence dissent or the press” and any push to deport undocumented people who were brought to America as children.

In 2012, Obama said his administration would allow people brought to the United States illegally by their parents to remain in the country on temporary authorizations that allow them to attend college and work – one of the executive actions on immigration that Trump has pledged to undo.

“The notion that we would just arbitrarily or because of politics punish those kids, when they didn’t do anything wrong themselves, I think would be something that would merit me speaking out,” Obama said.

The Obamas will live in Washington, where Sasha, 15, is finishing high school. Malia, 18, has been accepted to Harvard University but is taking a “gap year” break before starting this autumn.

The president and his wife, Michelle Obama, campaigned hard for Democratic presidential nominee Hillary Clinton last year. The first lady, in particular, made an impassioned case for Clinton, her husband’s first secretary of state, after a leaked recording showed Trump talking openly about groping women.

Obama said his daughters did not “mope” or feel cynical after the loss.

“They were disappointed. They paid attention to what their mom said during the campaign and believed it because it’s consistent with what we’ve tried to teach them in our household,” Obama said.

Similarly, Obama has sought to reassure his staff and others about the election results, in keeping with his cool-headed, dispassionate style.

“And so this is not just a matter of ‘No Drama Obama,’ this is what I really believe,” Obama said. “But at my core, I think we’re going to be OK.”