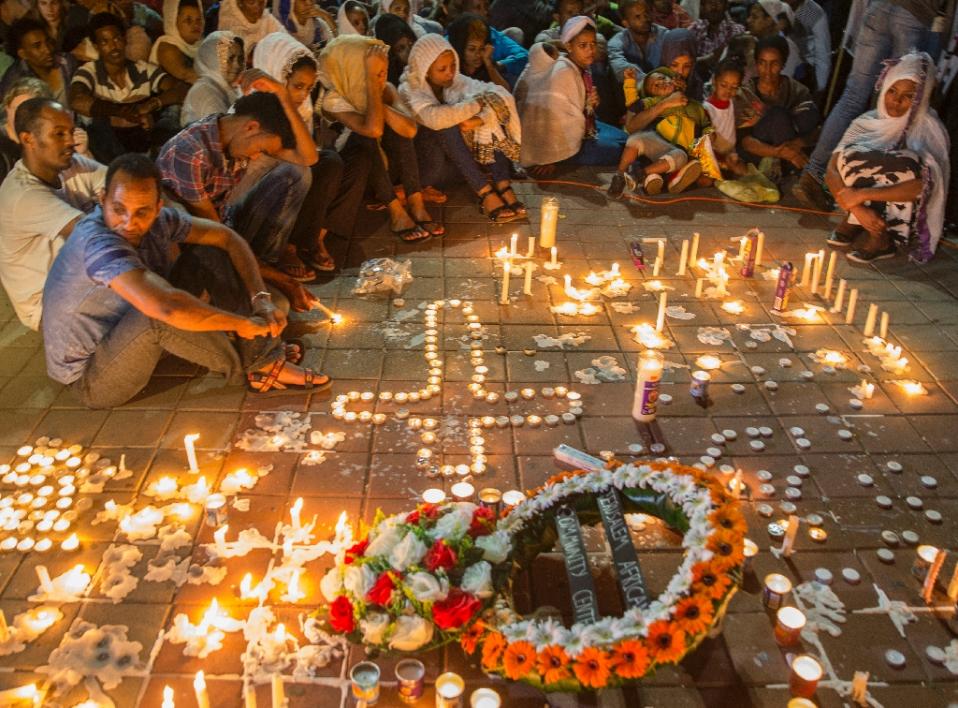 Habtom Zarhum, 29, was shot by a security guard at a bus station in the southern city of Beersheba in October when he was wrongly identified as the assailant in an attack that killed an Israeli soldier.

Footage of him bleeding as an angry mob rained blows on his head and body spread on social media, prompting soul searching among Israelis over their response to a wave of attacks as well as their treatment of African migrants.

Israeli public radio said one of those charged with “deliberately causing serious bodily harm” was a prison officer and another a soldier.

The prison officer was not named in the reports but his lawyer, Tzion Amir, told army radio that his client believed he and others at the bus station were in a potentially life-threatening situation.

“There was still danger at that time. The suspect was still moving and may have had a pistol or an explosives belt,” he said.

Zarhum’s autopsy found that he died of gunshot wounds, rather than the vicious beating he received from bystanders as police officers looked on.

His death followed the outbreak of a surge of violent attacks across Israel and the occupied West Bank.

Twenty-three Israelis and an American have died in Palestinian attacks including stabbings, car rammings and gunfire since October 1, while 149 Palestinians have been killed by Israeli forces, most while carrying out attacks.

Following Zarhum’s death, Prime Minister Benjamin Netanyahu publicly called on Israelis not to take justice into their own hands, but many see the young man’s killing as part of a wider problem in Israel’s treatment of African asylum-seekers.

Official figures show 45,000 illegal immigrants are in Israel, almost all from Eritrea and Sudan. African communities complain of marginalisation, and they have held several protests against their alleged mistreatment.

The UN says as many as 53,000 refugees have crossed Israel’s southern border with Egypt, including 36,000 from Eritrea.

Many are fleeing persecution and they head to Israel due to its high standard of living and its relative ease of access overland from Africa.