Israel is nearing agreements with a number of African states to provide them with military and other assistance in return for their willingness to accept tens of thousands of immigrants, the Hebrew daily Yediot Ahronot 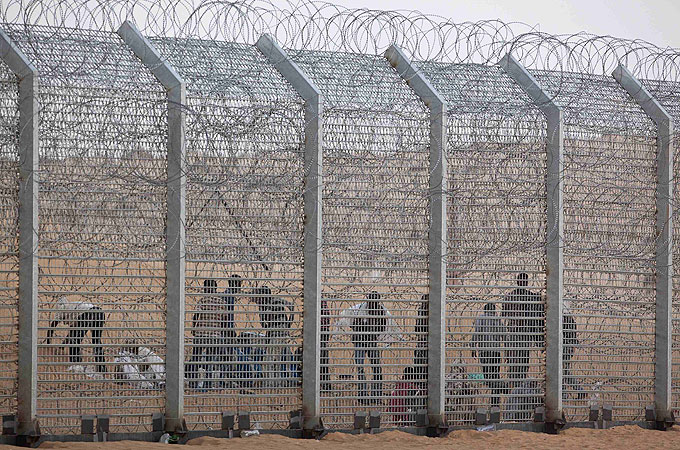 Israel is nearing agreements with a number of African states to provide them with military and other assistance in return for their willingness to accept tens of thousands of immigrants, the Hebrew daily Yediot Ahronot reported on Tuesday.

Around 55,000 African labor migrants and asylum seekers have infiltrated into Israel over a decade. Some 36,000 are from Eritrea, 14,000 come from North Sudan and Darfur, and the remaining 5,000 arrived from nations such as Ghana, Liberia, Congo and the Ivory Coast, according to the latest data from Israel’s Interior Ministry.

Citing a senior Israeli source, Yediot Ahronot reported that at least three countries in Africa have shown readiness to take up an Israeli “package” comprised of military aid, including arms, training and knowhow; agricultural and other civil support; and financial rewards per capita that would benefit their economies.

In exchange, they would absorb tens of thousands of illegal immigrants who claim to have fled political persecution and human- rights violations in their homelands.

Hagai Hadas, Israel’s special envoy, has been leading the negotiations to repatriate the immigrants on behalf of Prime Minister Benjamin Netanyahu. The report neither named the countries inclined to receive the Israeli offer nor disclose details of the agreements being discussed.

The Jerusalem Report, however, disclosed recently that Hadas, a 30-year veteran of the Mossad intelligence agency, has traveled to or was in touch with several African states over the past year in an effort to persuade them to accept the immigrants.

According to the magazine, all the countries approached by Hadas maintain diplomatic ties with Israel and include Kenya, Uganda, Rwanda, Ethiopia, Burundi and others.

In parallel, Israel continues to review ways of repatriating the immigrants to their countries of origin pending that they are not harmed upon their return, Yediot Ahronot said.

Last week, Netanyahu boasted a dramatic 99 percent drop in the number of illegal immigrants reaching Israel. Since the beginning of 2013, only 34 have made it across the Egyptian border, compared to nearly 10,000 in the same period the previous year, the Prime Minister’s Office reported.

Netanyahu attributed the success in stemming the influx to a 1 billion US dollar hi-tech fence that stretches the entire 240- kilometer long border.