Invitation for Investment in Eritrea

By Gelmo A. Tesfa In 1999 when the country Eritrea was actively engaged in the border war with Ethiopia and when the  Eritrean regime desperately needed money for the war, it sold bonds to Eritreans in 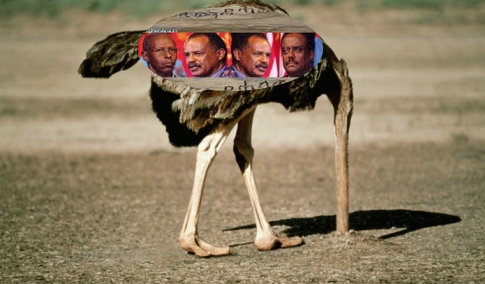 In 1999 when the country Eritrea was actively engaged in the border war with Ethiopia and when the  Eritrean regime desperately needed money for the war, it sold bonds to Eritreans in Diaspora. It collected over $10million from the sale of these bonds. The regime later on turned the bonds to land allotment for the bond owners. Thus some 800 bond owners were given land in Sembel area of Asmara for private house construction.   This was Sembel I project. The construction of the homes started in 2001 and continued until 2005. The diasporas invested in total over 150million for the house construction.  Then when construction by the private sector was stopped by the government in 2005, most of the homes under construction were left in limbo.  To this day a large number of the houses remain unfinished – with no proper roads, no water and waste water systems and no electricity supply even if the owners have already paid in foreign currency for the installation of these infra-structures.

Then Sembel II project came – the second fraud scheme of the PFDJ regime. It announced in mid 2003 through its embassies and the internet its plan to allot land for house building by the diasporas  –  By this the PFDJ collected from over 6200  of the  diasporas an amount of US $13,500 for a plot of 500meter square of land and US$6,700 for 250meter square  of land up to the end of 2003. Thus it collected an average of 10,000 US dollars from each of the 6,200 diasporas for the land allotment, totalling some 62million from the 6,200 diasporas. It did not allot the land to the diasporas who paid for the land until the summer of 2006 when at that time it posted on the internet the virtual allocation of the plot of land for each of these diasporas. To this day it did not in reality hand over the land to the 6200 diasporas. While the diasporas paid their money with the pre-agreed notion of building their own home, instead the regime ignored this and came later on in 2009 with idea building houses through the PFDJ construction firms and selling the houses to the public. And it invited the diasporas who had paid for the land in the Sembel II Project to participate in this home purchase program. It was to sale imaginary homes at very high costs and it asked a large portion of the cost in advance. The diasporas who realized that many of them were already swindled more than twice decided not to be sucked again into this new fraud scheme.   Who in his right mind would allow himself to be deceived after knowing the past fraud schemes of this shameless regime?

Thus while the investment on Sembel I project, the initial housing construction of the diasporas (totalling over US$160million) has been left to crumble by the PFDJ mafia, the diasporas was again cheated in the Sembel II Project where this mafia regime netted some US$62million for land allocation that remained virtual to this day.  In total this is over US$222million Diasporas investment money that was practically left to perish through these PFDJ land and housing development schemes.

And now new Diasporas are being lured by the same gangster regime for another swindling game.  The regime is desperately in need of foreign currency and wants the Diasporas to transfer its money to Eritrea in the name of investment in housing development and other sectors. But who can trust a regime that has the habit of cheating? Who can invest in a state where there is no accountability, no rule of law, no constitution, no justice, and no freedom of movement, expression or other human rights in general, no water supply, no electric power supply, no building material (including cement, steel and timber) and no labour force? – Under such situation the time for investment is not now. First the nation must be free from the prevailing tyranny, then a democratic state must be established and immediately after that the time investment, work and prosperity for the nation as a whole will proceed. I think this is a logical and wise sequence of events to follow if genuine development of the nation of Eritrea is to happen.