On Diplomacy and Foreign Relations Michael Abraha:      The UN Security Council has levied enhanced second round of sanctions on the defiant Erirean regime.  What impact will this have as a deterrent? Dr. Yosuf Berhanu:            This is an important step 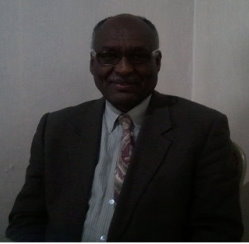 On Diplomacy and Foreign Relations

Michael Abraha:      The UN Security Council has levied enhanced second round of sanctions on the defiant Erirean regime.  What impact will this have as a deterrent?

Dr. Yosuf Berhanu:            This is an important step not only for the Eritrean people but also for the neighboring countries. The regime in Eritrea is creating havoc throughout the Horn of Africa Region. It is interfering in the internal affairs of Somalia, Djibouti, Sudan, Ethiopia and Yemen.  Its war with Ethiopia over a decade ago resulted in the loss of life of tens of thousands of youngsters.  It is indeed a disaster.  And this is a reflection of one thing: you cannot be a dictator and a despot inside Eritrea and be democratic and peace-loving externally. This is not possible. That is the ugly nature of the regime in Eritrea. Isaias is treating the neighboring countries the same way he is treating his own people.

A:        Yes, I hail it although it came a little bit late.  The sanctions are very important from one point of view: The Eritrean government is now completely isolated from the rest of the world. And in my opinion the UN action is vital as a deterrent and is supportive of the plans and objectives of the Eritrean democratic movement. It is essential for us to take this opportunity to further isolate the regime and intensify the struggle until it is removed and replaced by a democratic system.

Q:        Apart from these UN sanctions what kind of support are you looking for from the international community – the European Union, IGAD, US and others?

A:        Well, we have to first gain political recognition before speaking of assistance. It has been disappointing so far because political organizations have been acting separately. There was utter lack of coordination among them. But this time after the successful conclusion of the National Congress in Hawassa, Ethiopia, we have created a new outlook. We can now approach the United States, the European Union, European, and African and Arab countries to of course first ask for recognition and eventually urge them for their economic support for our struggle and for our people. I may say we are now on the right track.

Q:        How do you characterize Ethiopia’s role and support for your plans?

A:        The support we are getting from the Ethiopian government is a genuine support. And this is due to one major factor: We as Eritreans want to get rid of the current system in our country; the Ethiopian government and the Ethiopian people also have the same interest and want to get rid of the dictatorship as well because they are also suffering from the negative attitude and hostile and violent actions of the Isaias regime. It is working to destabilize the internal situation in Ethiopia, Djibouti and other countries in the Horn. That is why I salute the Ethiopian support. And thanks to that support 600 of us Eritreans convened in Hawassa last month coming from all corners of the world and representing all Eritrean society to discuss our internal and national problems without any interference from the Ethiopian government.

Q:        What lessons can be learned from the uprisings in North Africa and the Middle East?

A:        Nothing can be more inspiring and more encouraging for the Eritrean people and the youngsters in particular than the experiences unfolding in Libya, Syria, Egypt, Tunisia and Yemen. After twenty, thirty, forty years of suffering, the people there at last decided to shed their fears paying all the sacrifices needed to topple tyrant after tyrant until they became masters of their own destinies. Eritreans can and should act in a similar way, and speak out and come out and hasten the end of the dictatorship in our country.