In the name of peace between Ethiopia and Eritrea, the people of Eritrea have to be sacrificed: The repression in Eritrea is ignored

By Petros Tesfagiorgis The amazing peace campaign by the new Ethiopian Prime Minister Dr Abiy Ahamed (PMAA) is one of the key moments in the history of Ethiopia. When PMAA signed peace with Eritrea, I was 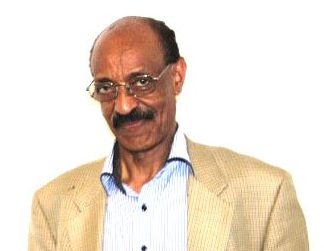 The amazing peace campaign by the new Ethiopian Prime Minister Dr Abiy Ahamed (PMAA) is one of the key moments in the history of Ethiopia. When PMAA signed peace with Eritrea, I was over the moon with happiness. I wrote an article on an Eritrean and Ethiopian websites encouraging my fellow Eritreans to be part of this remarkable initiative. For us, Eritreans, peace is priceless. However, for the people of Eritrean peace is not only with Ethiopia but more important internal peace that ends repression which is destroying the fabric of the Eritrean society.

However, President Isaias has failed to take advantage of this wind fall momentum. He has not released all prisoners of conscience, ended repression and become part of the movement bringing democracy to Eritrea. If he did adopt these win-win policies Isaias could have resigned with dignity and live the life of an elder, until his creator recalls him. For his part PMAA is ignoring the repression in Eritrea. Yes the people of Eritrea are being sacrificed in order to appease his soul mate Isaias.

But Prime Minister Abiy Ahmed has missed the point, it is in Isaias DNA to thrive and rejuvenate through conflict. He is already creating a problem. Questions are being raised by Ethiopians about his interference in Ethiopian internal affairs. Indeed, he has become part of the conspiracy to isolate and weaken the Tigray Peoples Liberation Front (TPLF), the vanguard of the people of Tigray. This is in support of the Amhara – who felt that their right to rule Ethiopia from the Centre Addis Ababa   came to end when in 1991 the TPLF army defeated the military regime and entered   Addis Ababa in triumph, forming a government with other groups that represented the Amhara, Oromo and Southern people. Since then those Amhara who were part of Emperor Haile Selassie’s regime, or the Military Junta,   have hated the TPLF. This, despite the fact that TPLF/EPRDF transformed the country from an undeveloped, famine stricken country, into a country with the highest economic growth in Africa. They build the infrastructure of roads and services and more that 40 universities, which provide the oppressed nationalities the skilled man power to govern themselves. More than that, they introduced a federal system of government that helped the formerly oppressed nationalities to be confident in themselves and to affirm their rightful place in Ethiopia.  Because of that the Amhara hate the TPLF and they have to alley with a devil to destroy them.

It is absolutely right   to bring some corrupt TPLF/EPRDF officials to court and persecute them. But to politicise it in such a way as to undermine the heroic struggle of the people of’ Tigray is wrong.  Isaias’s outburst of:   “Game Over” has said it all   although I don’t like Johar’s extremist politics   his complaint that PM Abiy is getting orders from the Arabs and Isaias is beginning to make sense.

The people of Eritrea has nothing to do with the interference of Isaias in the internal affairs of Ethiopia. On the country, we want to see a united, strong and prosperous Ethiopia at peace with itself and its neighbours. That is why many of us “justice seekers” resent the unholy alliance between PMAA and Isaias in order to damage the TPLF. .Also there are things unforgettable: that it is the TPLF and the people of Tigray who unequivocally supported the right of Eritreans to determine their future because they were clear about the colonial history of Eritrea. While the Amhara movements such as EPRP (Ethiopian People’s Revolutionary Party) wavered.  They sought armed struggle training in the liberated areas of Eritrea on the basis of “my enemy’s enemy is my friend”.  It is dangerous game which does not serve the interest of the Ethiopian people including the ordinary Amhara, because they too were oppressed under the feudal repressive Amhara   rule.

For us Eritreans, it is the welfare of the people that has to be central to the peace. Peace is meant to bring repression to an end; to allow people to freely build their shattered lives and engage in economic and social development. In peace Ethiopia can have an access to the sea and there will be economic cooperation between the countries of the region that may develop into a Horn of Africa common market. Many Ethiopian intellectuals accuse TPLF/EPRDF of repression at home but when it comes to Eritrea they maintain silence. It is a double standard devoid of principle.  Their claim about our brothers/sisters to Eritreans is a fake.  Some Ethiopian know that Isaias is abusing   the people of Eritrea, that he has side-lined them and impoverished them by mismanaging the society and the economy.  Also, he had undermined the struggle for independence that encouraged some Ethiopians to dismiss it as a failure.

In his article Mamo Muchie said “Moving from failed 1991 -1993 to transition to the 2018 re-union transition. From his perspective the victory of 1991 and the referendum in which the people of Eritrea voted for independence is a failure and a disaster. Eritreans are conscious of their own history (our own) history, his remarks exposed his chauvinist mind set.

For Eritreans who fought for 30 years, it was a victory against the illegal annexation of Eritrea to Ethiopia which resulted in the destruction of our democratic institutions, including our political parties, student organisations and trade unions. It resulted in the abolition of Eritrean languages (Tigrinya and Arabic) which was replaced by Amharic, the ruling class language. All this gave rise to the beginning of arms struggle: the rest is history that led to an extraordinary achievement:  independence. It was    an amazing victory.

For Mamo Muchie it is OK to see Eritrea   an ex-Italian colony, ripe to be appropriated by repressive feudal rulers of Ethiopia, unaware of the loss to life and property through air raids bombing of villages,   and burning houses in addition to the death of thousands of fighters.

This perspective is not unique to Ethiopian intellectuals. In history we find that those who benefited from a repressive system have a different perspective of history from their victims.  Mamo may have short memory but under the Amhara feudal rule Ethiopia was labelled a “prison of nationalities”. The 1974 revolution, spearheaded by the Ethiopian University progressive students was designed to get rid of the feudal repressive system and to allow all nationalities to participate in the Government as equal partners.

Take the example of the Oromos.  The Oromos have different perspective of history to that of the Amharas. For them Menelik 1I is a brutal colonizer.  I quote from a publication titled OROMIA- a brief introduction by Gadaa Melban.

The Oromos were colonized during the last quarter of the 19th century by a black African nation –Abyssinia.  During the invasion Menelik reduced the Oromo population by about half. After colonization, Menelik continued to treat Oromos with utmost cruelty. Many were killed by colonial settlers, died of famine and epidemics of vicious diseases, or are sold as slaves. Haile Selassie consolidated Menelik’s gain and with the use of violence obstructed the free operation of the process of natural and historical development of the Oromo society. The military junta headed by Mengustu Haile Mariam (believed to be a distant relative of Menelik) continued on the path of Menelik and Haile Selassie in the oppression of Oromos.

The Amhara have a different perspective of this history. For the Amhara, the Amhara king, Menelik 11 (17 August 1844 – 12 December 1913) is a legend.  From his seat, Addis Ababa- Shoa –) he invaded the South inhabited mostly by Oromo’s and other minorities and build a strong feudal Ethiopia.  He is a king warrior and a modernized opened modern schools and built roads.  He famously is known for defeating the Italian army at the battle of Adwa in 1906. (see picture)

Mamo Muchie’s perspective is shared by many Ethiopians.  They think that there was no need for Eritreans to fight for their independence and that it is a failure. This is simply incorrect. Many leaders of liberation movements who took up arms against occupation and seize power ended up as dictators. But their right to fight for independence was not disputed.

The key question is this:  Are Ethiopians going to respect Eritrean sovereignty?  The people of Eritrea expected the marking of the boundary on the ground to take place, since Prime Minister Abiy has accepted the outcome of the boundary commission.  But Isaias says there is no need for this boundary.

The Eritrean people are being side-lined in the peace process.  Isaias refused to end repression, hence, the Eritreans have no choice but to wake up, and stand up against these injustices in order to bring democratic change in Eritrea. The Eritreans in Diaspora have already risen up to the challenge and are engaging in debates and conferences to build united resistance with their aim of “power to the people”.

An understanding of history and acknowledgement of historical wrongs are essential to any honest and accurate evaluation of the present.  To continue 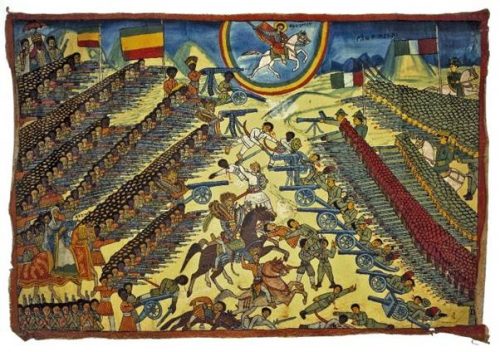