Intense Anxiety Engulfing Eritrea(awate.com)   Disgust is not the only word to be used in the period of avoidance by our king Issayas,aka Yohannes V. who can argue with now, it is more than disgust and anxiety or 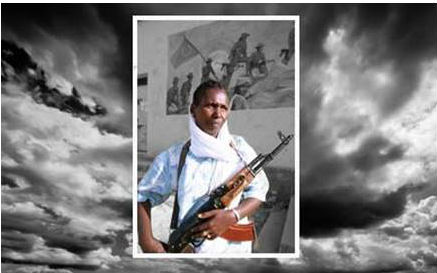 Disgust is not the only word to be used in the period of avoidance by our king Issayas,aka

Yohannes V. who can argue with now, it is more than disgust and anxiety or evenif we call it hell.

It is a situation which annoys every body that the people of Eritrea have lost everything they own, even their dignity and moral strength.

Fear is engulfing every one of us,because everybody seem to spy every one.The East Germans had the same experience during the Communist leader Honeker, who ruled his country with iron fist like Issayas Afewerki (PIA) is ruling our country Eritrea.

His lunatic behaviour is not short of shruwdness.His volitile and ruthlessness is not matching the behaviour of either Honeker or Stalin or even Anver Hojah of Albania.Thes guys have committed crimes of  emense magnitude but they escaped justice by short illness and at the end death. Issayas at his 72 is still avoiding death, although we hear he is ill and has constant medical treatment.His desperation is parralellled with blood thirst.He has done all what is expected from fascists and dictators passed before him. The only difference is the insignificance of Eritrea and the Eritrean people.The significance though is not in the UN and UN assigned Commission of inquiry,whom we have to give credit for their tremendous effort to show the world how we are suffering and what we are experiencing in the last 25 year long suffering.

We Eritreans have had a lot of experiences in the struggle for self-determination in differnt ways and varying capacities, and many gave their precious lives for that to happen.Some lost every thing they could imagine, and some of us lost our families and friends, or even our homes.These all added up can undeniably cause pessimsm.Unfortunately the situation while degrading our hopes and aspirations, it is also killing our will to fight evil and injustices.

If we recall the colonial era in Eritrea, the Turkish,Italian fascism and the Feudal rule of Haile Sellassie or even the DERG’s Mengistu Hailemariam, the situation in Eritrea today is sadenning. People are not getting the services they deserve, even the basic services of clean running water, bread from the Bakery or the most important lifeline electicity for their daily life.There are at this moment more challenging questions, rather than answers!

How on earth can this be the today’s Eritrean people’s lives?

Why on earth do we have to have such a president, who denies us every thing we do deserve to get?

What will be the future and destiny of our children in Eritrea and our grand children’s?Is there any body who understand the meird situation that seem to have no end? Could we be able to solve this doomsday at the end of the day, and how?. How did we manage to support the UN raport on Human Right issues in Eritrea?

whiel in the US Eritreans followed suit.We were on the streets of Genevé and New York with tenth of thousands to show our support.The PFDJ supporters came out to the streets but they were outnumbered by the Justice seeking fellow Eritreans. This might have shown the COI how the diaspora Eritreans came to support their report. It is significant that a diverse society can unite in the one moment for their cause seeking Justice. This off course give one some glimpse of hope and optimism. The UN decission to honour the SMEG sanction to Somalia and Eritrea recently also shows the effort of our people to bring the cruel dictator tojustice and stop medling in other countr’s internal affairs and stop support of terrorists in the Horn of Africa and the Middle East (Yemen) and other countries in the neighbourhood..

PFDJ’s slowly been defeated in the world opinion!

Again and again PFDJ leaders are called to change their medling and involvement in Somalia,Djibouti,Ethiopia and Yemen.However they continued doing the same old mafiosi activities, while denying their involvment and today they are exposed and their trusted friends are abstaining from supporting them in the UN sanction as well as the issue of Human Rights in Eritrea.

The support of opposition groups of many neighbouring countries is so visible that they them selves are accepting indirectly or directly contrary to their ever denying involvement in Ethiopia and Djibouty. As they say the picture is more than thousands of words, Yemane monkey is using the Crossed arms gusture of Ethiopian opposition to their government during protests in October.

This is the defeatist attitude and it gives optimism to us anyhow! “The United Nations (UN) is calling for the formation of a tribunal or special court to prosecute Eritrean leaders over allegations of widespread human rights abuses since 1991.

The calls come after a UN Commission of Inquiry on human rights in the nation found that the government enslaved, imprisoned, committed forced disappearances, torture, rape, persecution, murder and other crimes against the citizens to remain in power, according to the report.

“What we recommended among others … an array of recommendations one of them being the referral to the (International Criminal Court), another one being that the African Union establish an accountability mechanism and there are things which could be used such as universal jurisdiction and other accountability [measures] in order for people of Eritrea who have suffered human rights violations to get justice,” Sheila Keetharuth, who headed a UN Commission of Inquiry on human rights to the horn of Africa nation, told VOA (voice of America).

The commission said that there is no political will from the government to address the abuses, adding that the absence of a constitution has forced civilians to live in fear, in the nation where there is no press freedom.The UN said the Eritrean government’s widespread violation of human rights has forced hundreds of its citizens to seek asylum in Europe.”

In the first place they do not Trust the old generation and the way we are organized, secondly they would take their own observation who is telling the truth and who is trying to mislead them, then they would say what so ever they wanted to say, regard less the oppostion in the Diaspora and PFDJ supporters.This seems logical becuse tell me who you are and with whom you go and then judge jou as you are is their slogan.They are suspecting both the Diaspora opposition and PFDJ tugs equally and don’t know who is who!This seems fair enough to me, then tell them who you are and show them the way to bring change inside Eritrea! Logical methodes are forcing them to question! We ought to be careful before judging them and if possible try to help them in their daily problems to build trust in you and your work.

Trust & Trust building is the short comings in our society today, and we should work hard on that inorder to Unite our people in the Struggle against the tyrrany of Isaias and his men.