From silliness to effective opposition: The first part

I had promised readers and myself to write a second part to the  article entitled “Opposition’s high morality and its silly politics”, which was posted sometime in March. I did write it as promised, but 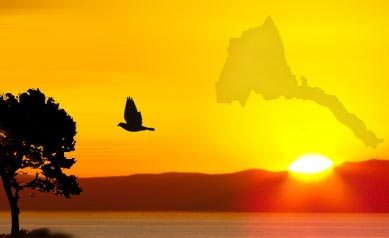 I had promised readers and myself to write a second part to the  article entitled “Opposition’s high morality and its silly politics”, which was posted sometime in March. I did write it as promised, but I decided not to send it Assenna at the last hour. Posting it was deemed unnecessary; for one thing, the point is largely made in the first part, and I felt that the listing of the silliness may bore readers than being useful. Secondly, the missing part will be touched in this article, considering the inevitability of revisiting the case.

The opposition is fully aware of the unusual ineffectiveness of the opposition- which the dictator and the inner circle  are not unpleased with, and which they are attempting to maintain that ineffectiveness in one way or another. The opposition- the men and women of high morality, siding at the side of humanity, despite personal cost- have talked about the need of  an effective opposition for years, but it has been in vain as yet. This disappointing ineffectiveness of the opposition was raised recently during the remembrances at different places of the Eritreans who were shot dead by Eritrean military on the streets of Asmara on April 3- another day to remember the extent of the brutality of the dictator’s military, who have to prove their loyalty to the dictator by being brutal. (Most of the speakers did call for an effective struggle against the dictator in order to “.shorten his rule” to quote some of the words; most made the calls- while probably knowing well that such calls will as usual fall on deaf ears.)

The ineffectiveness of the opposition is the result of the dismal failure to form a united movement, and that is the self making of the opposition- which almost all of us in the opposition don’t deny, and do feel embarrassed about. The failure has done quite immense harm to the opposition; it has been the cause of a serious demotivation among the opposition camp, and a restrain on the part of the some in the silent majority to happily join the opposition; the failure to form a united movement is likely to have demoralized the opposition inside Eritrea; it left the refugees in Israel, the prisoners of war in Djibouti, etc to their fate- while the existence of a united movement must have made a difference. I heard some effects of not having a united movement from some Eritrean refugees during my one week long stay in Ethiopia’s Shire- bustling city it has become- and its environs in Nov. 2014. The painful failure has, of course, tarnished the image of the opposition; bodies like development and foreign offices of EU, and USA have little confidence in the opposition, and that is made clear at different occasions. The Ethiopian government’s officials are fully aware of the opposition’s mess as well, and have accepted it as the normalized reality of the Eritrean opposition. (The top officials in Addis Ababa have recently received Medrek, and the newly formed opposition group, Semret Genbar of people like Brig. Gen Tekeste, separately. The flocking of the different political wudbetaat or groups- all seem determined to remain separate entities at all cost, despite their claims to the contrary- is a glaring evidence of the mess; most seemed to have visited  Addis seeking a stamp of approval and blessings from Addis, and new ones may follow suit; the other stated purposes of the missions were taken with a grain of salt.)

The failure of the political opposition organizations and others- including the civil societies- to form a united movement is self imposed. As I wrote in the first part, there was, there is still, and there will be no compelling, competitive political ideologies or principles that warrant the continuing separate existence of the many political organizations, the forums and civil societies- totaling more than 4 dozen-, and the creation of new ones- like Medrek and Semeer Genbar; all are basically the same with no different political colors or principles- which many people in the opposition are fully aware of. Nor there has been any serious reason for the non-members of the organizations- who are the majority within the opposition since 2010’s- to abdicate their responsibilities to form a united movement of their own; those who attended Wedi Vacario’s meeting- during which they made a solemn promise “ to agree to work together”- failed to stand up, and fulfill their promises. ( None escapes the blame, with the exception of the owners of the non-political organizations affiliated websites, and the major radios- around 3 or 4 in number-, and those involved in human rights issues- some of whom did endorse the statements of Mrs. S. B. Keetharuth, and spoke during the meeting of the UN Human Right Council in Geneva on March 14, 2016.

The two decades and plus years long failure is quite sickening, and very embarrassing. As I stated in the first part, the real reason for Kidan’s 12 years long failure, 2 or 3 years failure of the others- like the huge mass who promised Wedi Vacario-  is the political silliness of all concerned. The silliness of the Eritrean intellectuals- who flew to Addis, all paid by Ethiopia- was quite shocking; they spend three or 4 days to define Eritrea dictatorship, and they later advised kidan to stop squabbling- what a silly advice it was. (Elements like opportunism, power struggle, personal ego, premature set up of baito, etc could hardly explain the disorder, the mess within the opposition; nor the 22 problems- which EPDP’s chairman disclosed during his appearance on the first week of this month in Official Smeer room- could have been the causes of the mess. I should stressed, at least one time more, that it is simply a result of a political silliness, and nothing else. Other excuses and rationalizations- however, convincing they may sound to newcomers- are pure nonsensical blabal- or do only serve as a camouflage.)

Few questions, and remarks are likely to be raised with regards to so far made points. One obvious one is whether or not some or many readers do agree with silliness as the prime source to the failure of the opposition to form a united movement; but it is up to the readers to make the judgment- and come up with other rational justification(s) for the failure, which I will consider with an open mind. The other three issues are  whether or not the silliness of many of us a) will be resolved prior the death- following the tumbling down of his helicopter, successful assassination, etc-, departure- fleeing to Saudi Arabia or Qatar, or Zimbabwe-, or overthrow of the dictator by group of daring colonels, b) any negative effect to post-dictator Eritrea’s politics, and c) will be the thing of the past within a reasonable time.

One or two issues can be predicted at some ease; they are not among the unknown unknowns, to quote the now famous words. An early overthrow of the dictator- whom many in the opposition wish to see him captured alive- won’t require or necessitate an investigation on a, b, and c. Many will rather be delighted of the emergence of post-isayas Eritrea at long last, whether or not the nation faces uncertain future for obvious reasons, including the effect of the high tendency for the misuse of rights aftermath long years under dictatorship. ( His overthrow, etc will of course end the brutality of isayas, a bit of which is recently told by of Mohammed Hussein Al’Amoudi- who was behind bars for 13 long years, during which he lost his sight, and during which his beloved wife and children drowned in Mediterranean Sea.)

Few points will be forwarded with regard to what the opposition can do to contribute to the soft landing of post-isayas Eritrea’s politics. The a, b, and c issues will also be discussed in the following articles. The case of baito and related elements will be briefly mentioned, but it won’t be part of the solution-considering the impossibility of a U-turn after 12 or so years of serious debacle. The possible best solution to the silliness will be pointed out somewhere in one of the articles; the possibility of its implementation will be discussed as well.