With over 2000 km of coastline rich with fish, the Yemeni maritime borders with Somalia and Eritrea have increasingly become a source of tension. Yemeni fishermen have been increasingly vulnerable to assaults by Somali pirates and 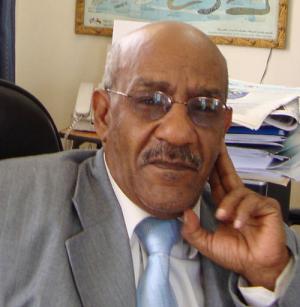 With over 2000 km of coastline rich with fish, the Yemeni maritime borders with Somalia and Eritrea have increasingly become a source of tension.

Yemeni fishermen have been increasingly vulnerable to assaults by Somali pirates and Eritrean maritime guards, . This has been severely affecting the livelihoods of thousands of Yemeni fishermen since fishing is their main source of income.

Abdullah Ba Sonbol talks here with Mohamed Bin Sallam of the Yemen Times on these issues with more details and insights.

What exactly is the problem between Yemen and Eritrea in the Red Sea particularly?

The basic problem between the Eritreans and us lies in their mistaken interpretation of the international court judgment concerning conventional fishing in shared water. They consider Yemeni fishermen as outsiders when they fish in international or Yemeni water near Yemeni islands, especially the Hanish Island that has been returned to Yemen in accordance with the arbitration verdict. They have not considered it as a historical right of Yemeni fishermen to fish in the water their ancestors have been fishing in for centuries.

The Eritreans say that Yemeni fishermen go too deep into Eritrean water and do not stick to the limits set. Is that true?

This is not the essence of the disagreement. Eritrean fishermen are much fewer than those of Yemen, thus our fishermen catch greater amounts of fish. They [Eritrea] have the right to prevent Yemenis from going deeper than allowed or permitted. However, they attack and provoke our fishermen in the shared water and even in our water, kidnapping and extorting money from them..

This is a unilateral action although in accordance with international arbitration. There are no permits that should be held by Yemeni or Eritrean fishermen working in shared water. The boats of the two sides are known by their size and length.

We’ve asked the Eritreans to agree with us on a mechanism to organize shared fishing. We were close to doing that, but they hesitated, although we agreed to impose a tax on large fishing dhows and to establish an Eritrean-Yemeni fishing company at 50/50 percentage. However, the company project faltered despite the fact that two meetings were conducted and some significant steps were reached in the process. We blame the Eritrean side because they stalled and stopped the project since 2005 despite our persistence for the good of the two countries.

What about fishing in the vicinity of Socotra Archipelago?

There we face a difficulty with Somalis only. However, there is no problem either in the Arabian Sea or the 200 nautical miles of economic water. We have the right in accordance with the International Convention on the Law of the Sea to fish in an area extending 12 nautical miles in our territorial water. Yemen has full jurisdiction on both the territorial and economic water and we have the right to use the resources there by granting permissions. The 200nm applies in the Arabian Sea except in the case of borders with Somalia where the smaller distance is divided between the two sides according to the International Law of the Sea. Yemen intends now to demarcate maritime borders with Somalia in accordance with the International Law and the only obstruction here is the lack of a central Somali government with which we can deal or agree.

Was fishing affected by last year’s crisis in the country?

Of course, such events have impacted the overall production of fishing and affected the ministry’s contribution to the domestic production as well as exports. This was because of the shortage in fuel and the problem with air traffic, which affected fishermen’s ability to have access to and work in the ocean as they used to do.

Does the ministry have the right to have a percentage from the country’s fisheries production?

Yes. According to the Fishing Law, we have ten percent of the total revenues.

How do you spend such revenues?

It is divided as follows: 60 percent for the governorates, 40 percent for the ministry’s other activities especially in view of the very limited budget that is not consistent with the duties it assumes and that can be executed. The ministry’s duties are limited because the budget is limited and does not meet all requirements of work, control and supervision.

It’s about YR12 million per year. As you can see, it is insignificant and most of it comes from conventional fishing, which is very undisciplined.

What about the support your ministry provides fishermen with?

The fishermen have their union or federation. As for solving their problems, we have been distributing dhows that are 50 percent financed by fishing federations. However, this has been suspended for two years now for different reasons. One of these is the principle that the more fishing boats are out there, the lower fish stock we will have in the future. So if the number of boats exceed the available limit, the fishery wealth may be depleted.

How many boats do fishermen have?

Right now, we have about 22,000 conventional fishing boats for 74,000-75,000 fishermen. We have stopped handing over boats until we conduct a study on fishery stock, which we will do during the coming five-year plan. This will help us know the size of such stock and based on this, we can specify the number of boats to hand out..

Are there any controls on Yemeni fishermen?

No, there are not. Control tools are very insufficient due to the lack of resources. Nevertheless, fishermen should be supervised in terms of the means they use and we should make sure that they do not harm fishery habitats or marine environment. The net openings should not be too small in order to allow small fish to escape and the nets should be of a defined type etc. However, some fishermen exploit the loose control, but we are trying to follow up through the fishery federation.

First of all, I reiterate my thanks to the Yemen Times. As for the troubles of the ministry, these lie in the inadequate budget. There are also the matters concerning maritime control and inspection regarding the ships that trespass our territorial water and breach our laws, something that requires coordination and orders to various agencies to do their jobs.

We suffer from a shortage in resources such as transportation means , which would facilitate internal fishery marketing and prevent price hikes. Also the ministry service centers are not sufficiently qualified to offer services to fishing dhows. This requires immediate action and the ministry has training plans for these centers that meet their requirements according to the nature of their activities.

A republican decree was issued to the effect that all offices and corporations in coastal governorates should be turned into authorities according to geographical areas. These include the Red Sea, where a new authority will replace the offices in Hodeidah, Hajja and Taiz; the Gulf of Aden, where the ministry offices in Aden, Lahj and Abyan will be replaced by one authority; the Arabian Sea area where an authority will replace the offices in Shabwa and Hadramout and al-Mahara that has the largest area (about 500 miles), which will have its own authority. The problem here is that so far no arrangements have been made to implement the decree because this requires funds, assessment and inventory taking that are not available now. As a result, we now have a problem: the offices and corporations are not the same anymore, nor are they authorities yet.

The new authorities will be assigned to practice all activities that are currently assumed by the ministry, and the ministry will only draw up general policies and plans and exercise control over such authorities.

We wish that during the transitional period we would be able to move forward, especially in terms of marine environment and climate change.