Everyone in Eritrea is desperate to flee, including the President’s son

POLITICS Everyone in Eritrea is desperate to flee, including the President’s son OCTOBER 11, 2017 by ABRAHAM T. ZERE0 Image Credit: Joseph Bautista via Flickr Creative Commons In today’s Eritrea, there is no difference between the jailer and the jailed. The political culture is so violent and 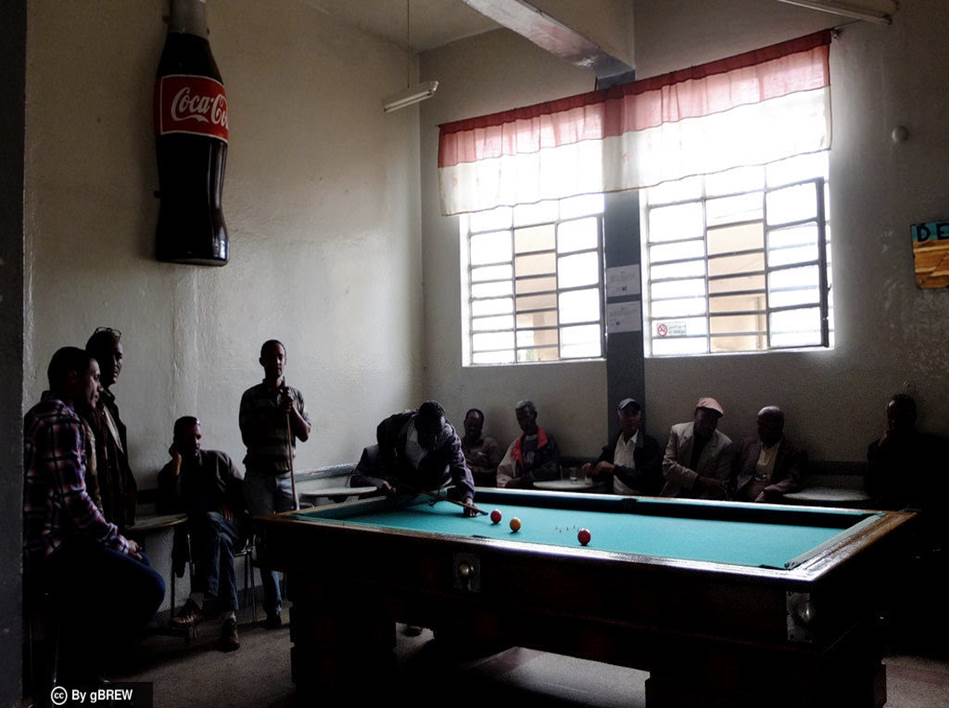 Everyone in Eritrea is desperate to flee, including the President’s son

In today’s Eritrea, there is no difference between the jailer and the jailed. The political culture is so violent and desperate that the president’s own son attempted to escape the country.

President Isaias Afwerki’s erratic and mercurial temperament – he has been the head of a one-party dictatorship since independence in 1993 – has culminated in a profoundly dysfunctional nation. A “hit and run” style has replaced any thoughtful long-term planning. Not being able to count on any stable or secure future, many public servants place their energy into amassing as much capital as possible, by any available means.

The distinctive political culture of Eritrea suffers from an unclear boundary between the abuser and the victim. A guard can switch places with his/her captive at any moment. Some of the most notorious prison commanders and security chiefs who terrorized the nation with unchecked power end up in the harshest dungeons; many of them in prison facilities they have had commanded. Such perilous uncertainty enables the president to keep his subordinates guessing.

In the current Eritrean political landscape, officials are usually promoted to key posts only after being humiliated and pacified through an intricate web of control designed by Afwerki.

For example, Brigadier Gen. Eyob “Halibay” Fessahaye was among the first of the army’s command officers to be incarcerated for alleged corruption in the early 1990s. President Afwerki announced and read the charges against Halibay in a public seminar. Halibay was a sacrificial lamb and his incarceration a warning to the other officers. Shocked at this severe reversal of fortune just as he was preparing to take a new post as internal security chief, Halibay attempted to commit suicide twice while in jail. Later, after his release, in a bizarre twist Afwerki gave him an important post as head of a commission in charge of privatizing government houses.

Having gone through the compulsory dehumanization process, Halibay now commands the Special Forces, the elite commandos. Friends who visited him during his incarceration were later rewarded bountifully after he gained power. Of course, Halibay still has no freedom; he was denied an exit visa for a medical checkup in 2016.

Nesredin Bekhit is another example of the president’s tactic of cutting a rising official down to size and then rehabilitating them as a way to secure his fear-based loyalty. In the mid-1990s, Bekhit was imprisoned on corruption charges that were publicized in the national media. In 2014, after his degradation and release, he became the minister of trade and industry.

Unlike other ministers, Bekhit spends his time now on the border with the Sudan, Ali-ghider, where he runs the ruling party’s contraband business. While all imports have been outlawed to regular citizens since 2003, Mr. Bekhit can grant import permits to his close associates and former inmates. He has turned some of his friends into overnight millionaires.

Corruption among select high-ranking officials, mainly in the army, is not only allowed but encouraged. The president can use knowledge of their corrupt activities as leverage, to ensure their loyalty. With the implicit support of Afwerki, army commanders are protected in their corruption, including involvement in the complex racket of human trafficking, as long as they remain loyal.

Among others, General Filipos Woldeyohannes, the chief of staff and de facto minister of defense, and others such as Brigadier Gen. Tekle “Manjus” Kiflay have the green light from the president to pursue personal gain.

Most organs of the ruling party and the government collaborate in organized corruption, mainly by using intimidation and bankruptcy to control and ruin businesspeople. Yet it’s not easy to keep track of when exactly someone runs out of favor with the president. That happened recently to Mr. Yemane Tesfai, the former manager of the Commercial Bank of Eritrea, who ended up in jail for enabling various forms of corruption.

Another way that President Afwerki maintains and wields power is by fomenting feuds among his subordinates. He keeps close watch on any animosity between military commanders as a primary means of fortifying his own position. It’s no secret among observant citizens that all the top military commanders and most influential government ministers bear deep animosity against one another.

A grievous misreading of the president’s psyche cost Ms. Luel Ghebreab, the former chair of the National Union of Eritrean Women, her job. She mistakenly assumed it was safe to mediate a life-long feud between her husband, Major Gen. Teklai Habteselassie and the late Major Gen. Gebregziabher “Wuchu” Andemariam, when General Wuchu was bed-ridden. After Ms. Ghebreab mediated the dispute, the news quickly reached the president. He called and intimidated her, asking who had delegated her this responsibility. Then he instructed her to immediately conduct congress and vacate her post. Of course, nobody would question such orders from the head of state. Having gone through this public humiliation and left jobless for more than three years, this past July was Ghebreab reinstated as minister of labor and human welfare.

The president’s application of fear and terror are manifested in different forms. He verbally and physically abuses most of his subordinates including ministers and celebrities. For example, in 2010 Afwerki granted a rare interview with Al-Jazeera English. The presenter, the South African Jane Dutton, proceeded to openly challenge Afwerki about state abuses and authoritarianism in Eritrea. Irritated by her questions, the president called the journalist “insane.” (Watch) Post-interview Afwerki struck his information minister, Ali Abdu, who had arranged the interview, in front of his staff. Abdu was once Afwerki’s mentee, whom the president treated like his son. Among the most privileged and close associates of the president, he in turn terrorized the nation’s art community and state news media into abject compliance for a decade. Yet, despite closely following Afwerki’s template of terror and repression in the Ministry of Information, he decided in 2012 that he had to flee for his own safety and sought political asylum in Australia.

As a management practice, Afwerki employs physical assault to derail confidence and instill insecurity in top government officials. This practice can become life threatening at times. About a year before his imprisonment with an alleged role in the January 2013 military mutiny, Abdella Jabir, the former head of Organizational Affairs and one of the top five executives of the ruling party (People’s Front for Democracy and Justice), was violently ambushed in the capital, Asmara, by supposedly “unidentified” assailants. Never publicized, this assault was neither a robbery nor an attack by political dissidents. Having recovered from his assault, Jabir continued his normal functions in the party until his eventual arrest.

The president treats family members as he treats his subordinates. He routinely belittles and ridicules his eldest son, Abraham, and reportedly has stopped communications with his youngest son, Berhane, over the last four years. Frustrated with the dysfunctional, corrupt system and his father’s abusive treatment, Berhane Isaias Afwerki attempted to flee the country illegally in 2015. He was intercepted by border patrols while preparing to be smuggled out from the border town of Tessenei. Initially the border security who discovered him were not aware that he was the president’s son.

It is this complex and enigmatic nature of President Afwerki that has rendered de facto the political culture of today’s Eritrea. The long-term consequences of a new nation with such political culture is not difficult to guess.

* Editors’ note: Sources for this post have not been named for their protection.