Addis Ababa - Eritrea is using an Ethiopian rebel group as a "surrogate" to deny responsibility for an incident during which five Europeans were killed and two captured last week, Addis Ababa said on Tuesday. Five 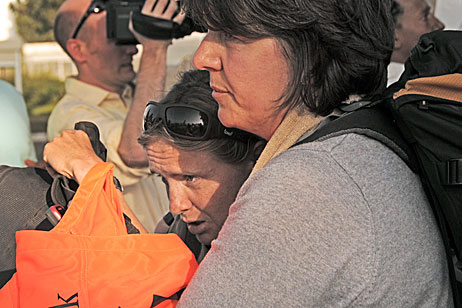 Addis Ababa – Eritrea is using an Ethiopian rebel group as a “surrogate” to deny responsibility for an incident during which five Europeans were killed and two captured last week, Addis Ababa said on Tuesday.

Five Europeans trekking on the slopes of the famed Erta Ale volcano were killed and two others captured a week ago in the region’s worst attack on tourists in years, which Ethiopia promptly blamed on arch-foe Eritrea.

But a local Ethiopia-based rebel group – the Afar Revolutionary Democratic Unity Front (Arduf ) – said the violence occurred when Ethiopian troops attacked one of their patrols and blamed Addis Ababa for the loss of life.

“This is a new twist to Eritrea’s efforts to deny responsibility for its continued efforts to destabilise Ethiopia and for the killing of the five tourists,” the Ethiopian foreign ministry said in a statement on Tuesday.

Arduf – a group which claims to have been fighting for the rights of the ethnic Afar people for three decades – said in a statement that the hostages were in good health and could be released through “peaceful negotiation”.

Ethiopia charged Eritrea was using Arduf as a “scapegoat for its efforts to destabilise Ethiopia”.

“It has picked on Arduf as its surrogate for its latest attempt at destabilisation,” the statement added.

In 2007, Arduf insurgents captured five Europeans linked to the British embassy and eight Ethiopians. The Europeans were released after 12 days to the Eritrean government.

Asmara has vehemently denied any involvement in last week’s incident.