Deals of agreement unclear after hundreds of soldiers marched to capital demanding pay rises and operational review. Ethiopian Prime Minister Abiy Ahmed has reached an agreement with several hundred soldiers who had marched to his office to demand 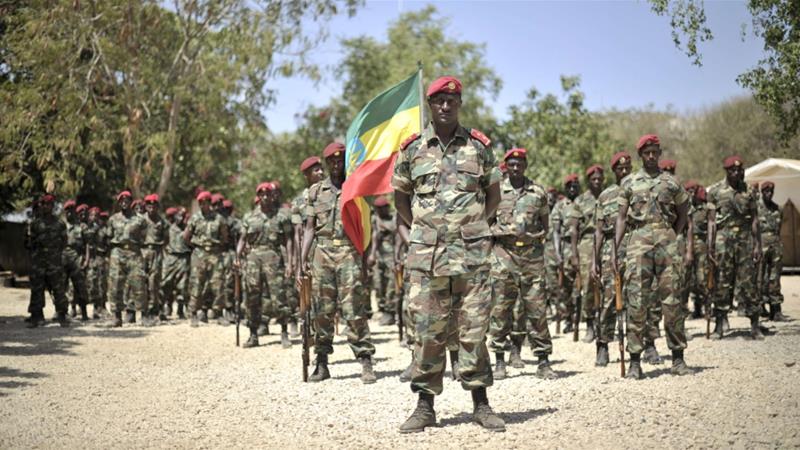 The meeting between the soldiers and Abiy ended with “an agreement”, but there were no immediate details of what the deal included, ETV said on Wednesday.

In addition to asking for pay rises, the soldiers also requested that Abiy “review the structure and operations of the military”.

ETV did not broadcast images of the soldiers marching.

The station also reported that the soldiers had been on a mission in Burayu, a town in the Oromiya region that borders the capital Addis Ababa, for the past several weeks following violence along ethnic lines there last month.

Residents reported that the internet was shut down for nearly three hours on Wednesday.

ETV said it had been shut off to prevent fake news circulating on social media.

Abiy, 42, took office in April after several years of unrest forced his predecessor to resign.

He has pledged to reform the security forces and promote multi-party democracy.

These changes are a shock to the system in Ethiopia, a country of more than 100 million people that has been led with an iron fist since the EPRDF coalition that Abiy belongs to took over power in 1991.