Leaders of both countries to meet soon to end Africa's longest running conflict By Seleshi Tessema ADDIS ABABA, Ethiopia Sensitivities on both sides may prolong or delay peace talks between Ethiopian and Eritrean leaders, pundits say. The leaders are 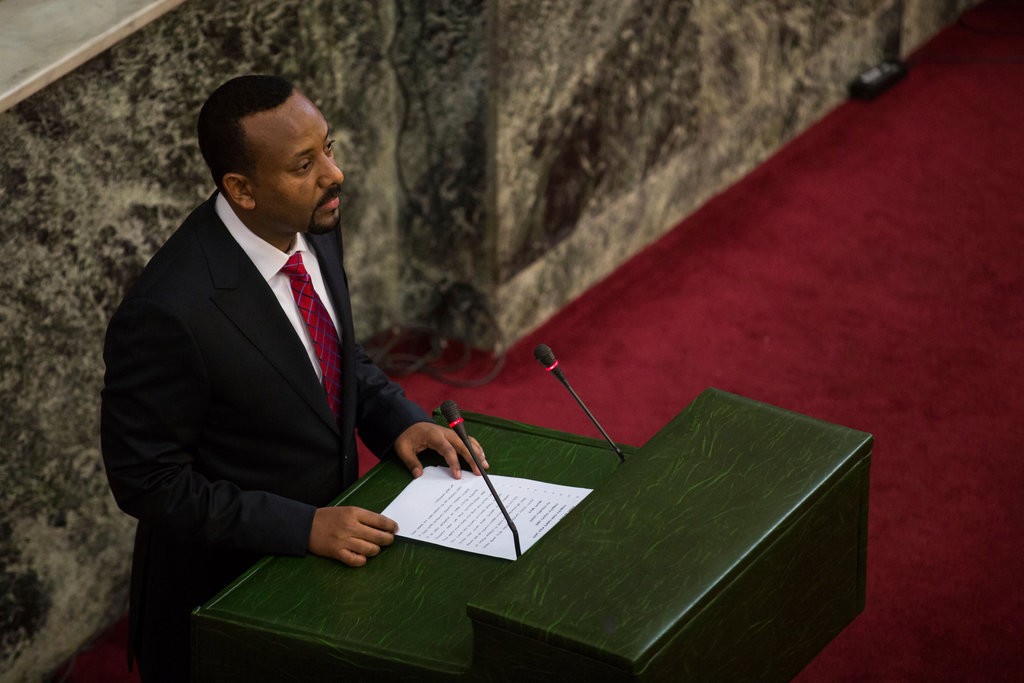 Sensitivities on both sides may prolong or delay peace talks between Ethiopian and Eritrean leaders, pundits say.

Newly-elected Ethiopian Prime Minister Abiy Ahmed announced his administration’s unconditional acceptance of the 2000 Algiers peace agreement and the decision of the Ethiopia-Eritrea Border Commission (EEBC) which awarded Eritrea a small town Badme, a flashpoint of the conflict.

A few days later Ahmed offered an olive branch to Eritrean President Isaias Afewerki, who has been in power since his country gained independence from Ethiopia in 1991.

The Ethiopian Ministry of Foreign Affairs said that both sides had agreed to continue the peace talks which will begin with a resumption of flights and opening up of borders for business.

‘’The Ethiopian Prime Minister Abiy Ahmed and Eritrean President Isaias Afewerki will meet soon and the venue will be decided,’’ the statement added.

‘’The diplomatic rapprochement was due to largely the current political orientation in Ethiopia and the bold first initative taken by new Ethiopian Prime Minister Abiy Ahmed, that triggered a prompt response by President Isaias,’’ he said.

Moreover, he said, the “no war, no peace” situation had exhausted itself and both nations could no longer shoulder the burdens of keeping themselves on war footing.

“Over the past decade there had been an enormous demand by the international community, intellectuals and citizens in both countries to end the stalemate that had separated the culturally, and historically bonded people.’’

Also, Haile-Mariam said, Eritrea which had suffered from UN sanctions for years had realized that the Ethiopian peace offer could help lifting sanctions which had crippled the economy and alienated it from the global community of nations.

Tigstu Awelu, chairperson of the Ethiopian Unity Party, who also specializes in international relations told Anadolu Agency, that even though the peace initiative was offered by Ahmed, the decision was made by the ruling coalition Ethiopian People’s Revolutionary Party.

‘’They wanted to make peace with Eritrea and end attacks from Eritrean-based Ethiopian armed groups,’’ he said.

Also, Awelu said, the coalition government perceives the presence of naval and air forces of UAE and Saudi Arabia in the Eritrean port of Assab as a threat.

‘’It is imperative to fend off the unpredictable consequences of the Gulf nations positioned very close to Ethiopia by making peace with Eritrea,’’ he said.

Over the last couple of weeks, millions of Ethiopians who had staged mass rallies in the capital and different parts of the country expressed support for a peace dialogue with Eritrea.

Abiyot Charente, 27, a civil servant, told Anadolu Agency that the peace deal would end years of animosity between the two countries.

“I hope that in the end Eritrea will be reunited with Ethiopia, and [Ethiopian Prime Minister] Abiy will make this happen,’’ he said.

Ashenafi Abrham, 54, said the Eritrean government was the sworn enemy of Ethiopia and their acceptance of peace could not be trusted. “They want to divide the ruling party which has differences on many issues,” he said.

The border communities including the residents of the contested town Badme had also voiced their opposition to the peace plan.